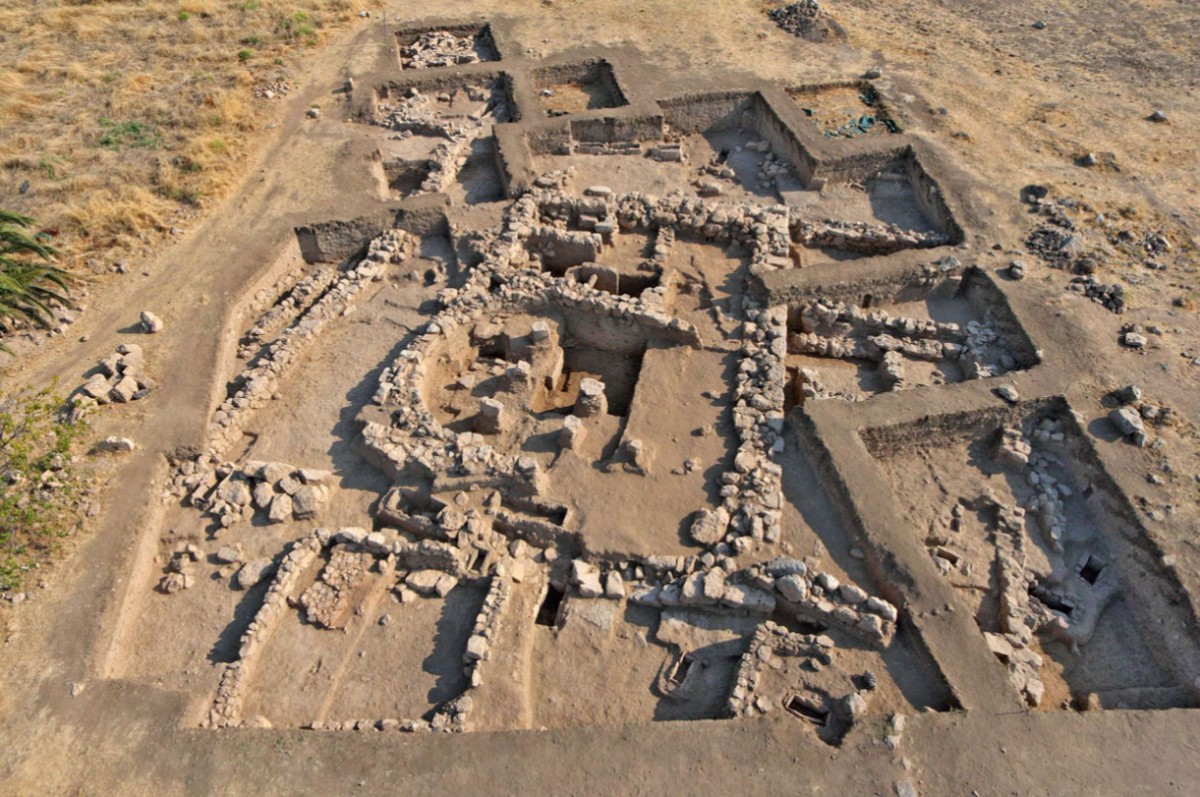 From the Corridor House Civilization to the Mycenaean Palaces

From 2004-2008 excavations and surveys were carried out at the prehistoric site of Mitrou by the 14th Ephorate of Prehistoric and Classical Antiquities (now the Ephorate of Antiquities of Phthiotida and Eurytania) in collaboration with the University of Tennessee under the auspices of the American School of Classical Studies at Athens.

Mitrou is a tidal islet in the North Euboean Gulf located off the coast of Tragana, Phthiotida. As many as 57 occupational levels have been uncovered, spanning a period from Early Helladic IIB to the Late Protogeometric period (ca. 2400 – 900 BCE). This long uninterrupted occupation makes Mitrou an ideal site for studying societal changes in prehistoric mainland Greece.

Dr Aleydis Van de Moortel (Associate Professor of Classics, University of Tennessee) will be presenting her paper, entitled “From the Corridor House Civilization to the Mycenaean Palaces: Social Practice as a Key to Understanding Societal Changes at Mitrou”, in the framework of the Mycenaean Seminar series on Thursday, 11th June 2015 in Athens.

This paper deals with social practices in the Middle Helladic through Late Helladic IIIC periods at Mitrou. The focus is on diachronic changes in the construction of walls, entrances, and floors as well as the arrangement and use of space in various buildings. A new typology of rubble wall construction is being proposed that helps clarify developments at the site.

As Bourdieu has famously observed, social practices are reflections of a group’s internalized social norms and structures. As such, the study of Mitrou’s social practices provides important information for understanding changes in society, and in particular the transition from the Early Helladic IIB Corridor House civilization to the simpler society of EH III/MH I, societal developments in the course of the Middle Helladic period; and the rise of a visible political elite from the Late Helladic I phase onwards, which established an increasingly elaborate elite architectural vocabulary in order to project its elevated status.

* The lecture was cancelled because the central building of the University of Athens remained closed for safety reasons.