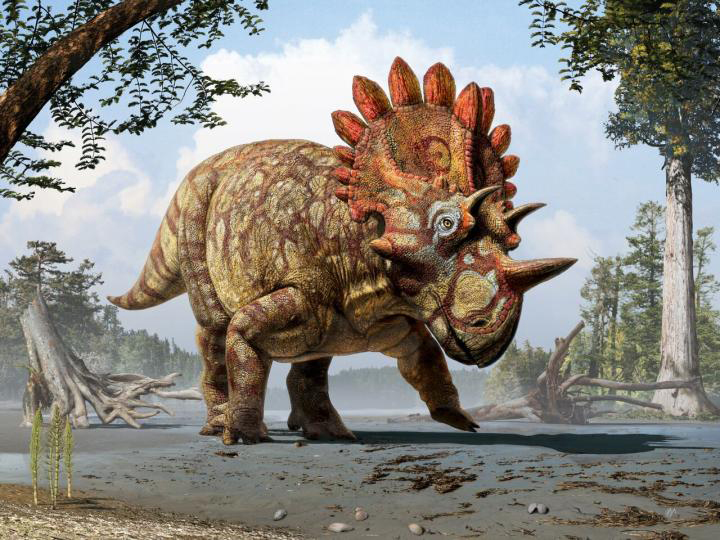 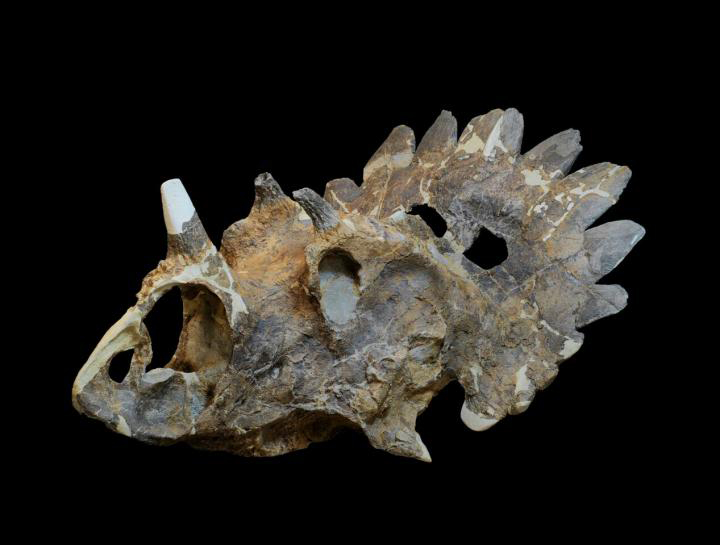 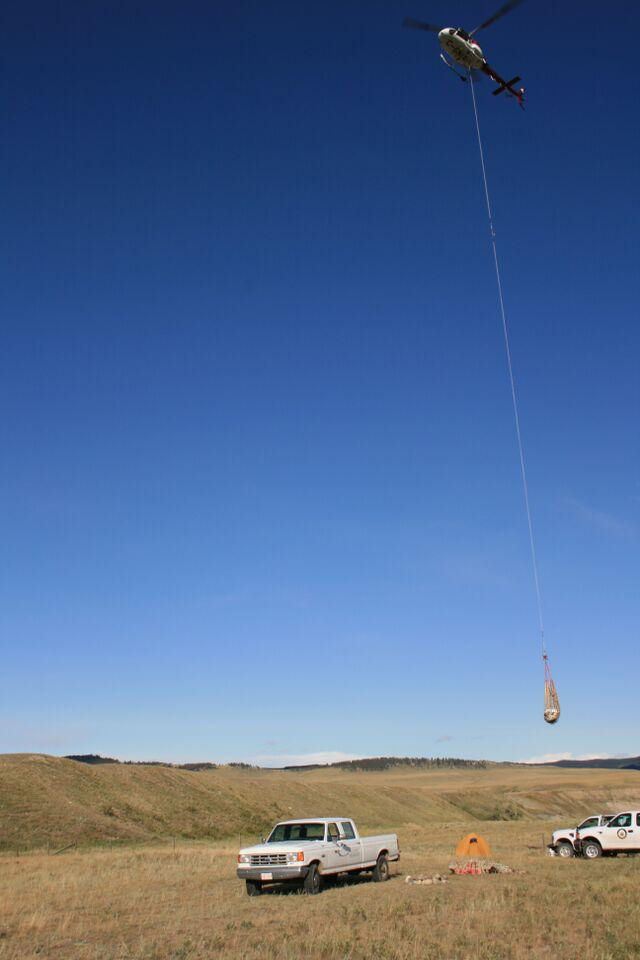 Bones found 10 years ago in Alberta, Canada, have recently been attributed by scientists to a very unusual horned dinosaur, a close relative of Triceratops that had been unknown to science until now.

“The specimen comes from a geographic region of Alberta where we have not found horned dinosaurs before, so from the onset we knew it was important,” says Dr. Caleb Brown of the Royal Tyrrell Museum of Palaeontology in Alberta, Canada. “However, it was not until the specimen was being slowly prepared from the rocks in the laboratory that the full anatomy was uncovered, and the bizarre suite of characters revealed. Once it was prepared it was obviously a new species, and an unexpected one at that. Many horned-dinosaur researchers who visited the museum did a double take when they first saw it in the laboratory.”

What differentiated the new species from Triceratops is that its nose horn is taller and the two horns over its eyes are very small. This species also has a frill, a feature that Brown describes as a halo of large, pentagonal plates radiating outward, as well as a central spike. “The combined result looks like a crown,” he says.

The name of the new species Regaliceratops peterhewsi is a reference to its crown-like frill and to the man who first found and reported it to the museum. “Hellboy” is its nickname.

“This new species is a Chasmosaurine, but it has ornamentation more similar to Centrosaurines,” Brown says. “It also comes from a time period following the extinction of the Centrosaurines.”

Taken together, he says, that makes this the first example of evolutionary convergence in horned dinosaurs, meaning that these two groups independently evolved similar features.

“This discovery also suggests that there are likely more horned dinosaurs out there that we just have not found yet, so we will also be looking for other new species,” Brown says.

The researchers will work on digital reconstructions of the skull, which though intact has been deformed after 70 million years in the Rocky Mountain foothills.