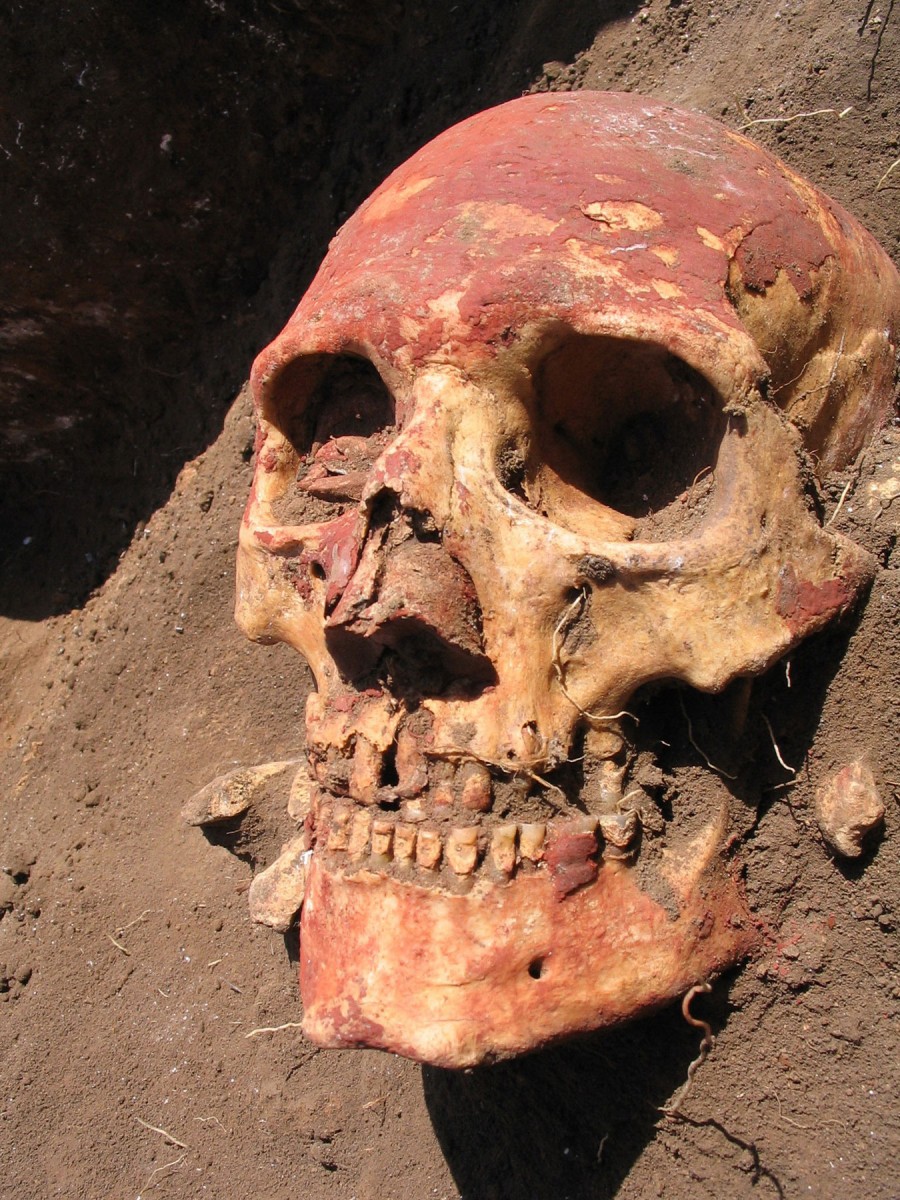 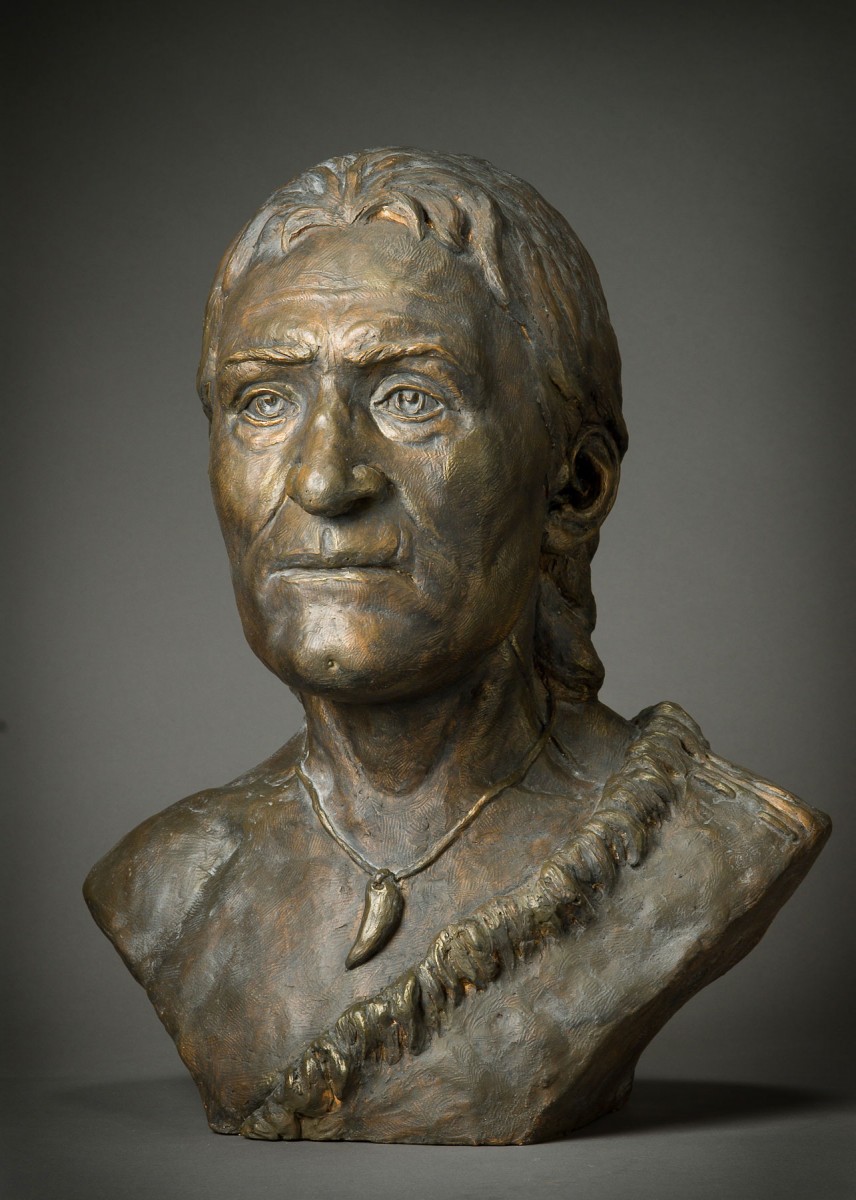 When modern Eurasia was born

Was it a massive migration? Or was it rather a slow and persistent seeping of people, items and ideas that laid the foundation for the demographic map of Europe and Central Asia that we see today? The Bronze Age (about 5,000-3,000 years ago) was a period with large cultural upheavals. But just how these upheavals came to be have remained shrouded in mystery.

Assistant Professor Morten Allentoft from the Centre for GeoGenetics at the Natural History Museum of Denmark at the University of Copenhagen is a geneticist and is first author on the paper in Nature. He says: “Both archaeologists and linguists have had theories about how cultures and languages have spread in our part of the world. We geneticists have now collaborated with them to publish an explanation based on a record amount of DNA-analyses of skeletons from the Bronze Age.

So far the archaeologists have been divided into two different camps. Professor Kristian Kristiansen of the University of Gothenburg, who initiated the project together with Lundbeck Foundation Professor Eske Willerslev says: “The driving force in our study was to understand the big economical and social changes that happened at the beginning of the third millennium BC, spanning the Urals to Scandinavia. The old Neolithic farming cultures were replaced by a completely new perception of family, property and personhood. I and other archaeologists share the opinion that these changes came about as a result of massive migrations.”

With this new investigation the researchers confirm that the changes came about as a result of migrations. The researchers think that this is interesting also because later developments in the Bronze Age are a continuation of this new social perception. Things add up because the migrations can also explain the origin of the northern European language families. Both language and genetics have been with us all the way up to the present. Kristian Kristiansen even thinks that it was crucial events that happened during these few centuries, as crucial as the colonization of the Americas.

One of the main findings from the study is how these migrations resulted in huge changes to the European gene-pool, in particular conferring a large degree of admixture on the present populations. Genetically speaking, ancient Europeans from the time post these migrations are much more similar to modern Europeans than those prior the Bronze Age.

The re-writing of the genetic map began in the early Bronze Age, about 5,000 years ago. From the steppes in the Caucasus, the Yamnaya Culture migrated principally westward into North- and Central Europe, and to a lesser degree, into western Siberia. Yamnaya was characterized by a new system of family and property. In northern Europe the Yamnaya mixed with the Stone Age people who inhabited this region and along the way established the Corded Ware Culture, which genetically speaking resembles present day Europeans living north of the Alps today.

Later, about 4,000 years ago the Sintashta Culture evolved in the Caucasus. This culture’s sophisticated new weapons and chariots were rapidly expanding across Europe. The area east of the Urals and far into Central Asia was colonized around 3,800 years ago by the Andronovo Culture. The researchers’ investigation shows that this culture had a European DNA-background.

During the last part of the Bronze Age, and at the beginning of the Iron Age, East Asian peoples arrived in Central Asia. Here it is not genetic admixture we see, but rather a replacement of genes. The European genes in the area disappear.

These new results derive from DNA-analyses of skeletons excavated across large areas of Europe and Central Asia, thus enabling these crucial glimpses into the dynamics of the Bronze Age. In addition to the population movement insights, the data also held other surprises. For example, contrary to the research team’s expectations, the data revealed that lactose tolerance rose to high frequency in Europeans, in comparison to prior belief that it evolved earlier in time (5,000-7,000 years ago). Co-author and Associate Professor Martin Sikora from the Centre for GeoGenetics says: “Previously the common belief was that lactose tolerance developed in the Balkans or in the Middle East in connection with the introduction of farming during the Stone Age. But now we can see that even late in the Bronze Age the mutation that gives rise to the tolerance is rare in Europe. We think that it may have been introduced into Europe with the Yamnaya herders from Caukasus but that the selection that has made most Europeans lactose tolerant has happened at a much later time.”

The paper in Nature not only gives us a new glimpse into the Bronze Age. It is also the first time an actual population evolutionary study back in time has been made to this extent. Geneticist and director of the Centre for GeoGenetics Eske Willerslev elaborates: “Our study is the first real large-scale population genomic study ever undertaken on ancient individuals. We analysed genome sequence data from 101 past individuals. This is more than a doubling of the number of genomic sequenced individuals of pre-historic man generated to date. The study is without any comparison to anything previously made. The results show that the genetic composition and distribution of peoples in Europe and Asia today is a surprisingly late phenomenon – only a few thousand years old.”