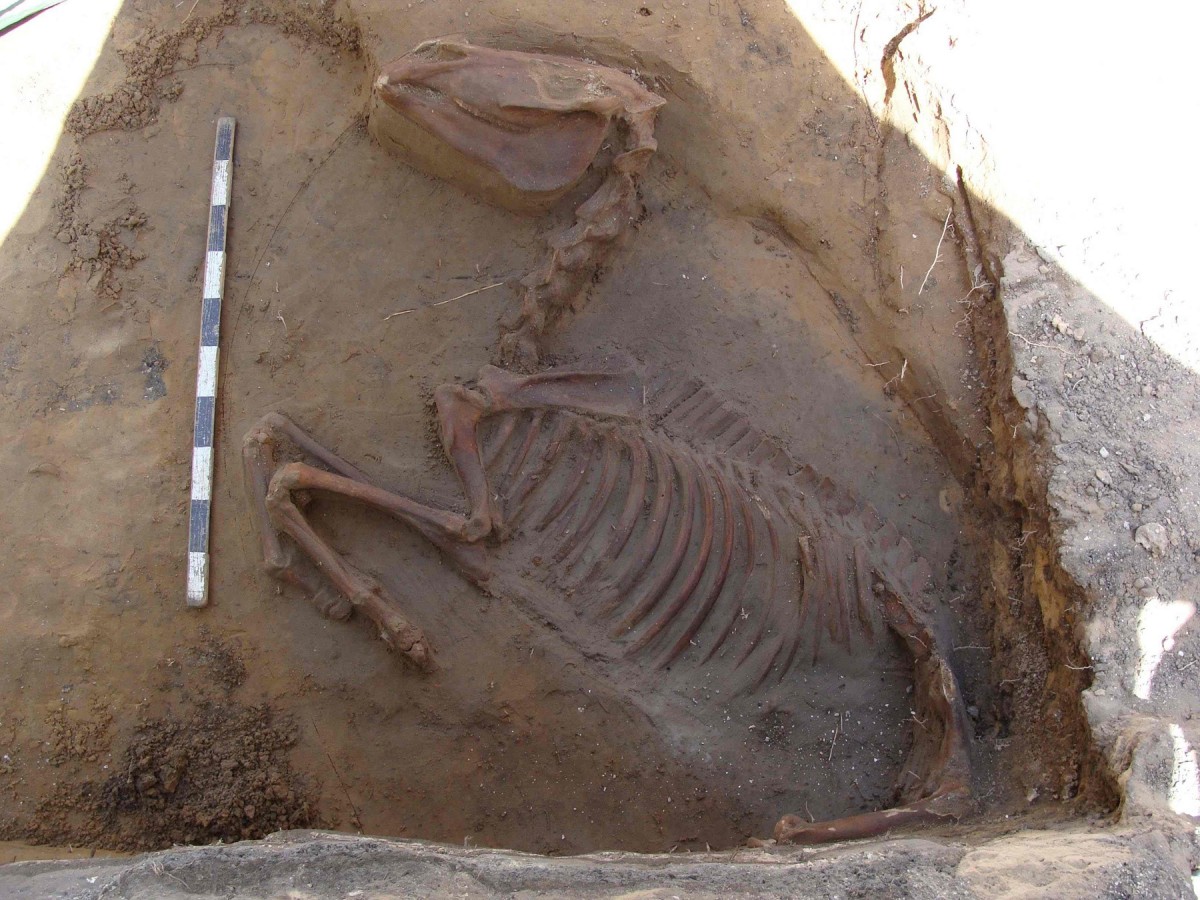 Likely part of the Spanish cavalry

While excavating ahead of the construction of a new restaurant in downtown St. Augustine (Florida), city archaeologist Carl Halbirt uncovered a late eighteenth-century horse burial. The skeleton was found intact and articulated.

“This is the only horse burial we have ever uncovered here in the colonial downtown district,” Halbirt told First Coast News.

The archaeologists estimates the horse is 200 years old, based on the ceramic artifacts found near it which date to the late 1700s. It was only a few feet below the ground.

The small horse had been buried on land that had been the site of the Spanish Dragoon Barracks, so the horse was likely to have been a part of the colonial Spanish cavalry in St. Augustine. Its size suggests that it was a now rare breed called a Marsh Tacky. Horse experts say Marsh Tackies were good for the Spanish cavalry because they were fast, they didn’t eat too much, and they could maneuver the Florida terrain.

Halbirt assumes the horse had been a dragoon’s companion. “I think there’s reverence here. They actually laid it out on its side with the legs folded in the chest area. That’s a sign of reverence,” he said. It was once a companion that meant a lot to a St. Augustine man – a dragoon – who relied on it.

The horse skeleton was removed and will be kept at the city’s archaeology lab, used for comparative work, if any other horse skeletons are found.