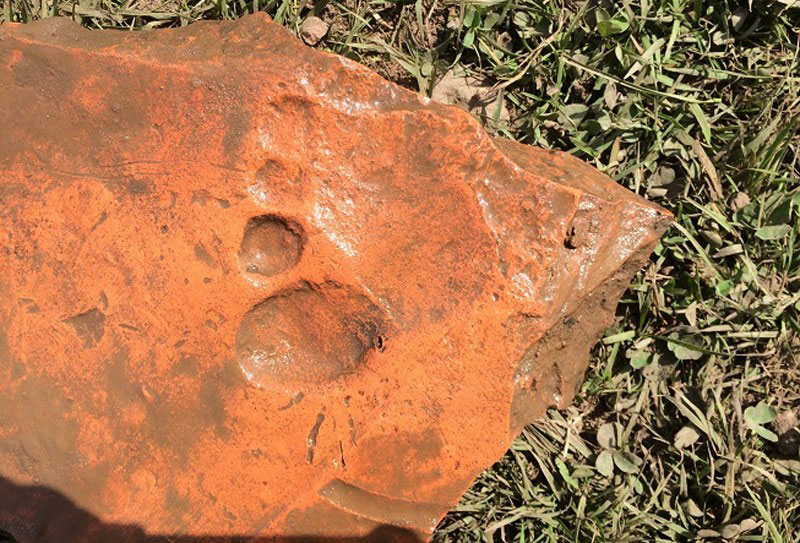 Western student Melanie Benard joined Western’s Field School at Vindolanda to take a step or two into the past. But what she dug up last week during the archaeological dig set her back on her heels.

On June 25, the Honors Specialization in Classical Studies student unearthed a tile with a human footprint that was accidentally – or perhaps even mischievously – pressed into the freshly made object more than two millennia ago. The partial print of an adolescent’s right foot has been dated to 160-180 CE.

Thousands of tiles have been found at Vindolanda, some occasionally with the imprint of an animal. This is the first time a human print has been discovered at the site.

“This find is really extraordinary,” said Elizabeth Greene, co-director of Western’s University Field School. “It brings full circle the story that Vindolanda has to tell. The thousands of leather shoes from this site – more than 6,000 – give us a unique perspective on the people who lived at Vindolanda. But this footprint highlights even more that archaeology has the potential to illuminate the lives of otherwise voiceless individuals from antiquity.”

In May 2012, Greene, along with fellow Western researcher Alexander Meyer, brought the first group of Western students to Vindolanda for hands-on archaeological excavations.

Once the footprint tile has been conserved and researched, it will go on public display within the Vindolanda museum.

“Finding something which would be considered special enough to go on display in the Vindolanda museum, with all the other amazing artifacts, was one of the ambitions of the Field School,” Benard said. “We are all absolutely thrilled.”