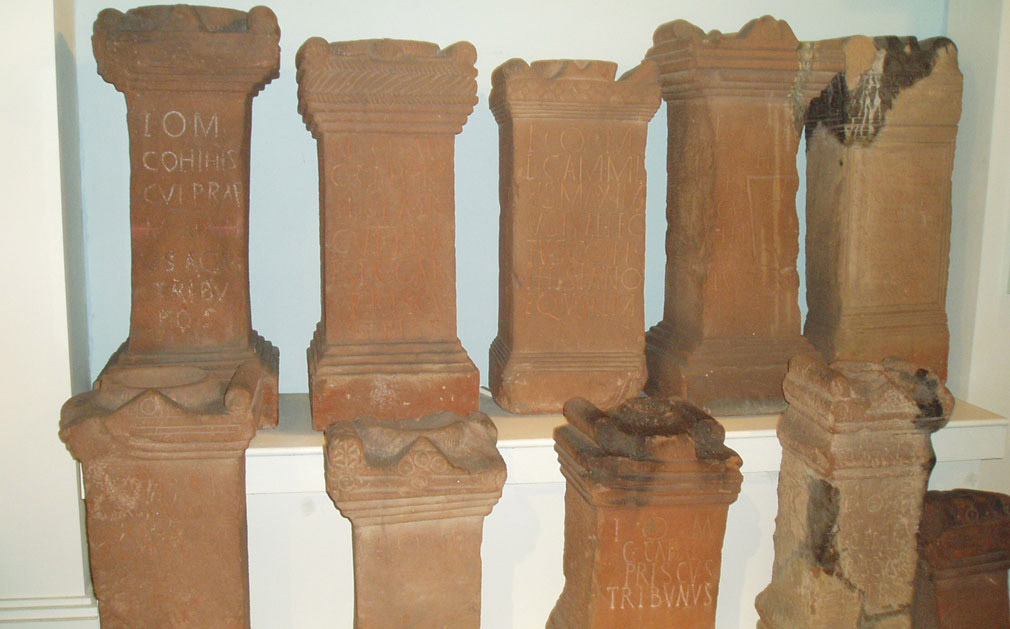 Solving the mysteries with a little help from the community

This year’s excavation is scheduled to run for 10 weeks on the Roman site. Last year, the country’s finest set of Roman military altars – dedicated by commanders from across the Roman empire, excavated at Maryport in 1870 and displayed in the Senhouse Roman Museum – were discovered to have been buried in gigantic pits which underpinned a massive timber edifice, occupying the highest point of the ridge overlooking the Solway and Maryport’s Roman fort.

In 2011, only part of the ground-plan of the structure, or structures, built on the foundations of the second century altars was uncovered. This year’s work aims to establish the complete layout and to obtain what evidence survives regarding the structure’s precise dating and function.

Professor Ian Haynes said: “We are delighted to be excavating at Maryport again. The results of last summer’s research were exceptionally important.

“Until last year’s excavation it was accepted by Roman scholars worldwide that the 17 Maryport altar stones excavated in 1870 at the site – Britain’s largest cache of Roman altars – had been buried as part of a religious ceremony. It turns out they were re-used in the foundations of a large Roman timber building or buildings.

“This year we’re excavating over a larger area than last year – about 400 square metres – and for twice as long, which means we can involve more local volunteers, and learn more about the number of timber structures, their size and date.

“We need to find out what the buildings were used for and whether they and the curved ditch we discovered in 2011 have any relation to each other.

“We’re also looking for evidence on the techniques of earlier archaeologists working on the site.”

There is a well developed research framework for the site which identifies clear priorities for archaeological study and reflects the research strategies for the North West region and for the Hadrian’s Wall World Heritage Site.

The excavation is one of the key elements in a summer programme of activities at the Senhouse Roman Museum which includes something for everyone. There will be guided tours of the excavation, talks and lectures, finds handling and school visits.

Nigel Mills, director of world heritage and access for the Hadrian’s Wall Trust said: “The excavation is bound to attract lots of interest to Maryport again. We are looking forward to seeing this site develop over the years.

“More research is needed on Romano-British civilian settlements, and the geophysical surveys for Maryport commissioned by the Senhouse Museum Trust show that the settlement outside the Maryport fort was extremely complex, of considerable size and is well preserved.”

Evidence from Maryport and similar sites suggests these were multicultural settlements occupied by people from across the Roman Empire who earned their living managing supplies and services for the army and acting as middlemen for trade across the Empire.

The excavation is scheduled to be completed by Tuesday 14 August.