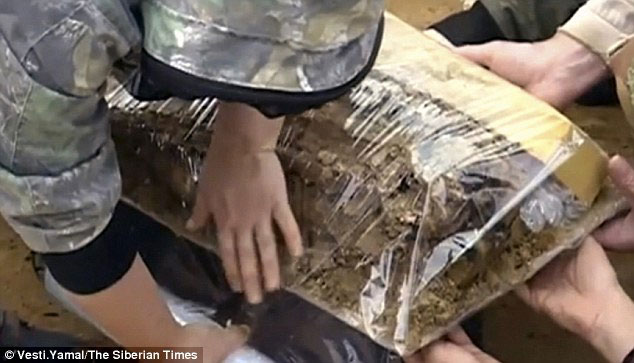 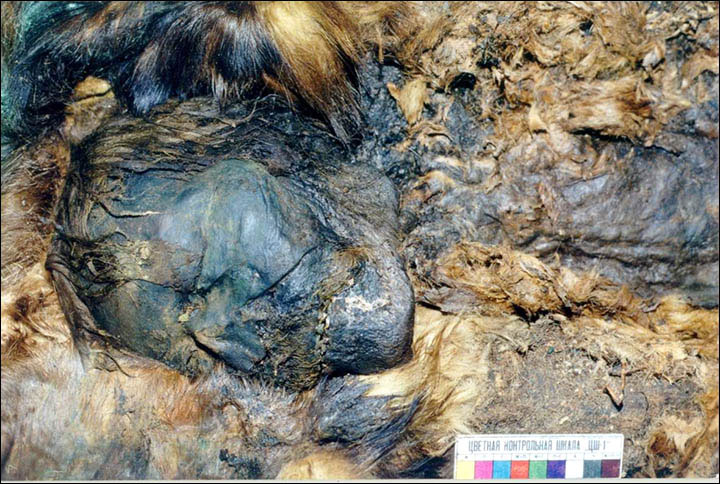 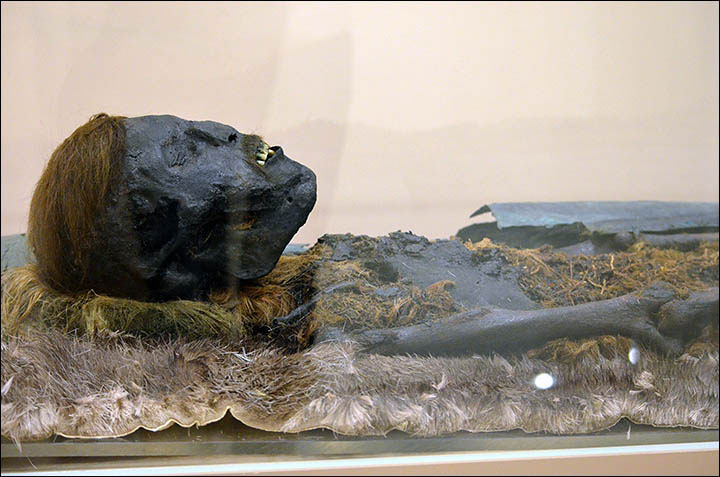 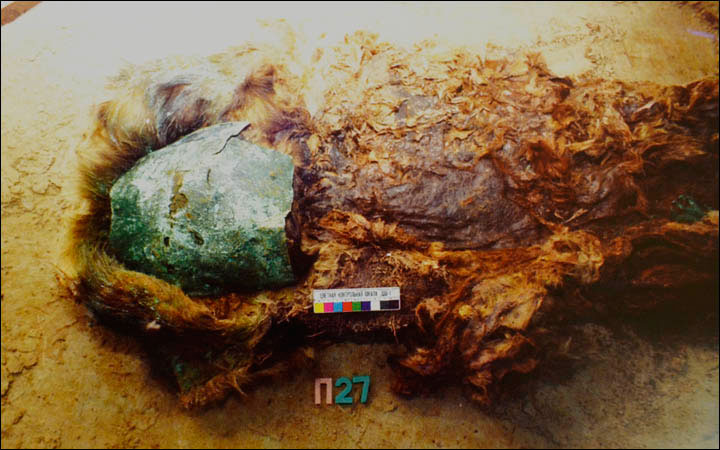 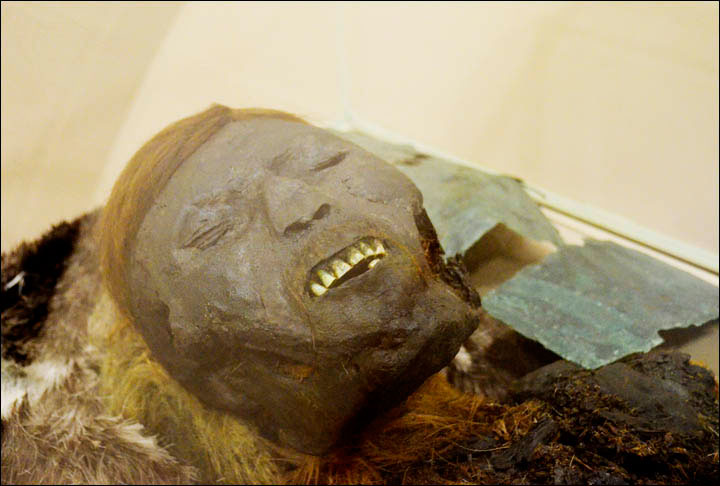 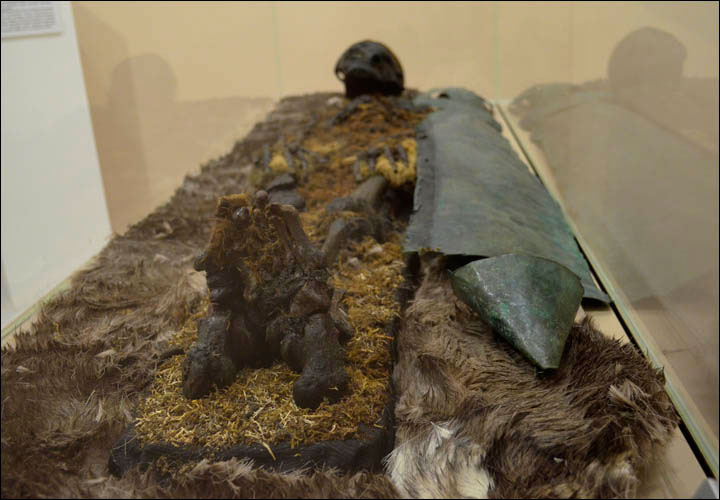 Medieval mummy to be revealed in Siberia

The birchbark coffin will be opened shortly

A new find at Zeleny Yar necropolis, near Salekhard, of human remains wrapped in birchbark is expected to reveal a mummified human. The birchbark wrapping probably contains copper, which in combination to the permafrost might have produced accidental mummification. The discovery is similar to other ones from the Zeleny Yar necropolis, that belong to a medieval civilization, showing links to Persia as artifacts found nearby indicate.

Mummification was probably a result of the sandy soil, the permafrost, as well as the covering of the dead with copper hoops or artefacts, fur, possibly from beaver, raindeer, wolverin or bear,  and birchbark coffins. As Natalia Fyodorova, of the Ural branch of the Russian Academy of Sciences, had stated, ‘Nowhere in the world are there so many mummified remains found outside the permafrost or the marshes

According to archaeologists the remains probably belonged to a child or teenager and they date to the 12th or 13th century AD. Alexander Gusev, Fellow of the Research Centre for the Study of Arctic, said that the coffin, which follows the contour of the human body, is actually birchbark, it is 1.30 metres long and up to 30 centimetres wide. Metal detector applications show that there is indeed metal within the “coccoon”.

Other finds in the area include bodies of adults, mostly men, and some children and infants. Near the bodies archaeologists also found various artifacts. Moreover, all of the remains belonged to males, with the exception of one infant, and they were all placed in a way that their feet pointed to the Gorny Poluy River. This made scientists believe that there was some religious ritual involved, but not one known to them so far. .

The potential mummy is kept at the Shemanovsky Museum in Salekhard, in special freezer, and specialists will return to the site on 15th July to open the wrapping.