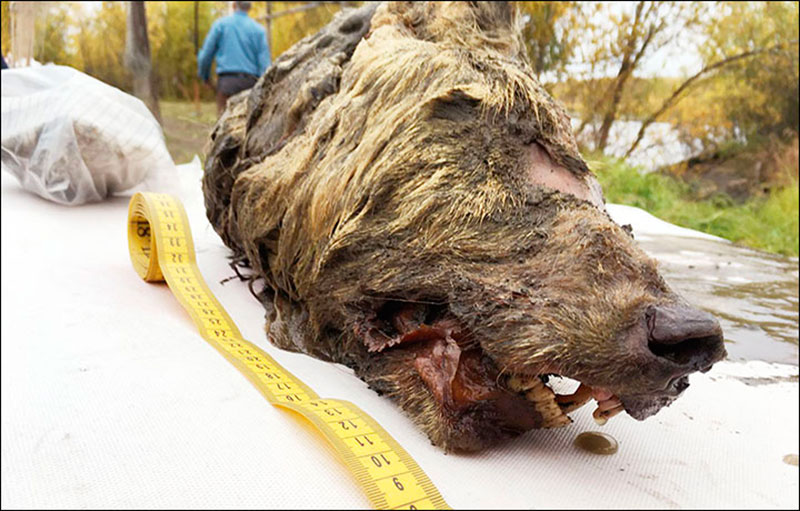 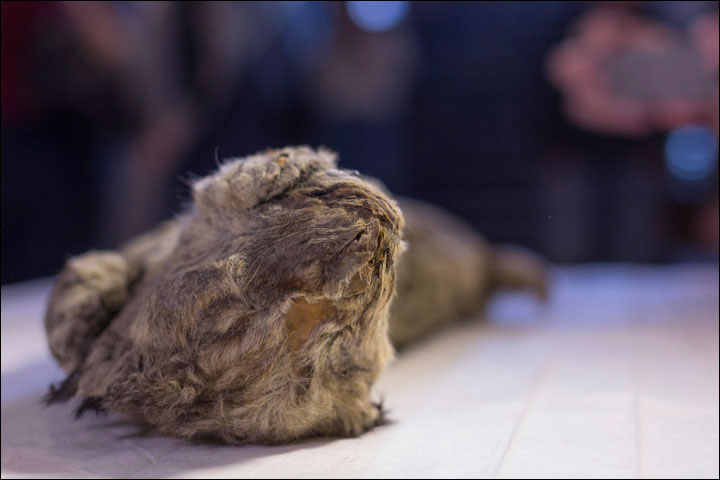 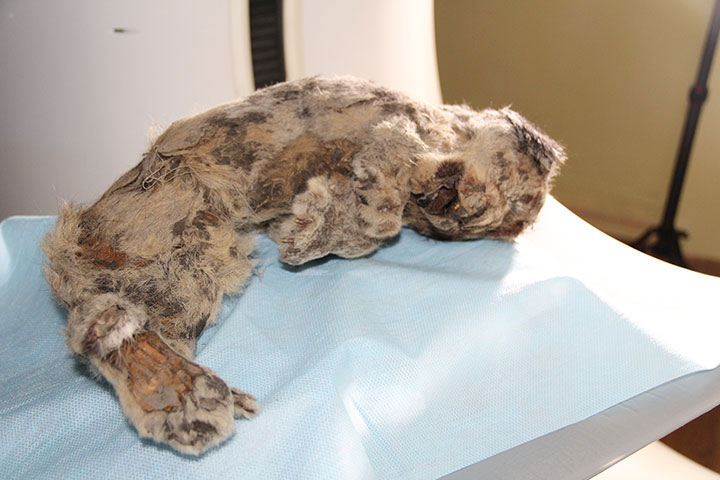 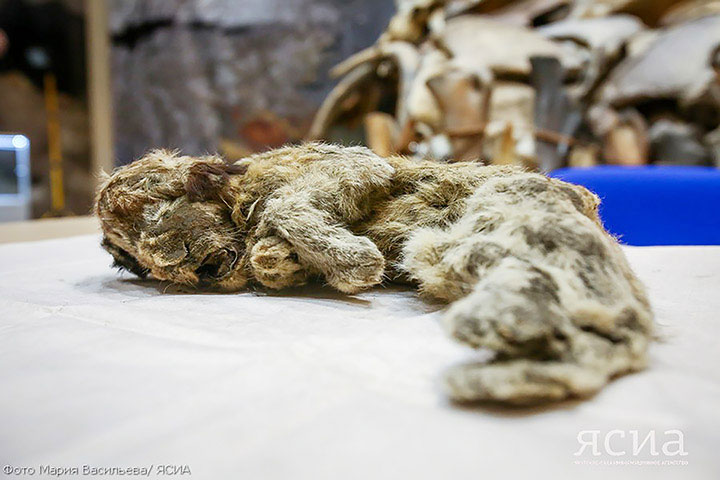 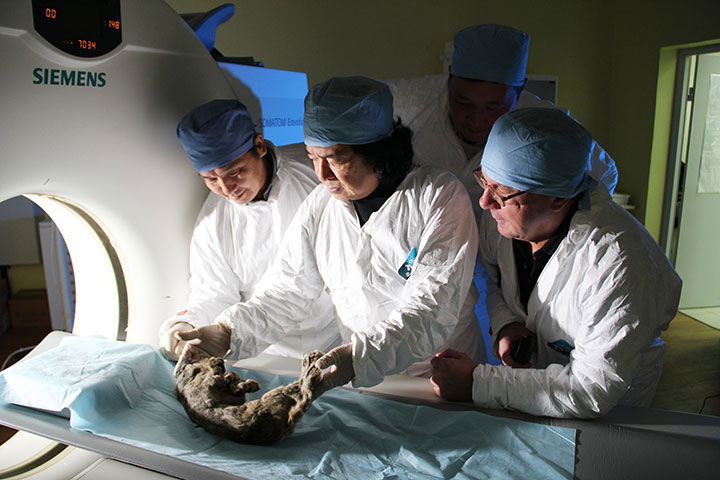 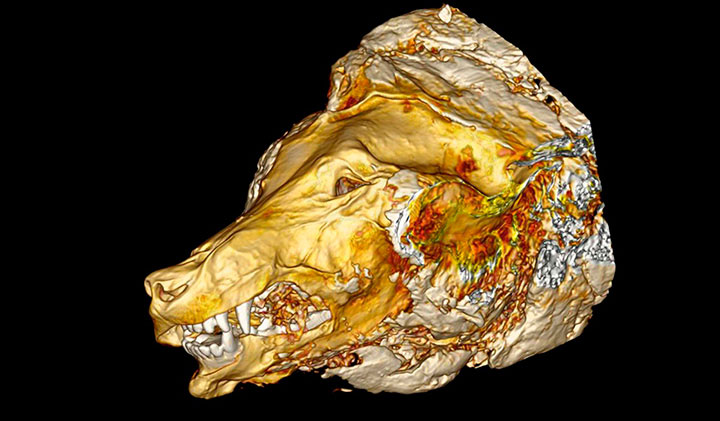 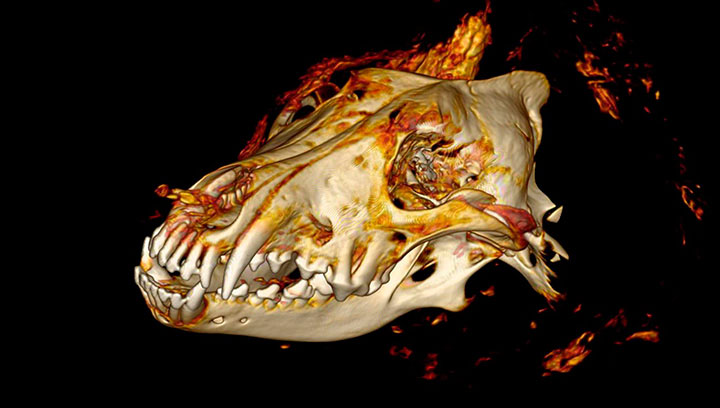 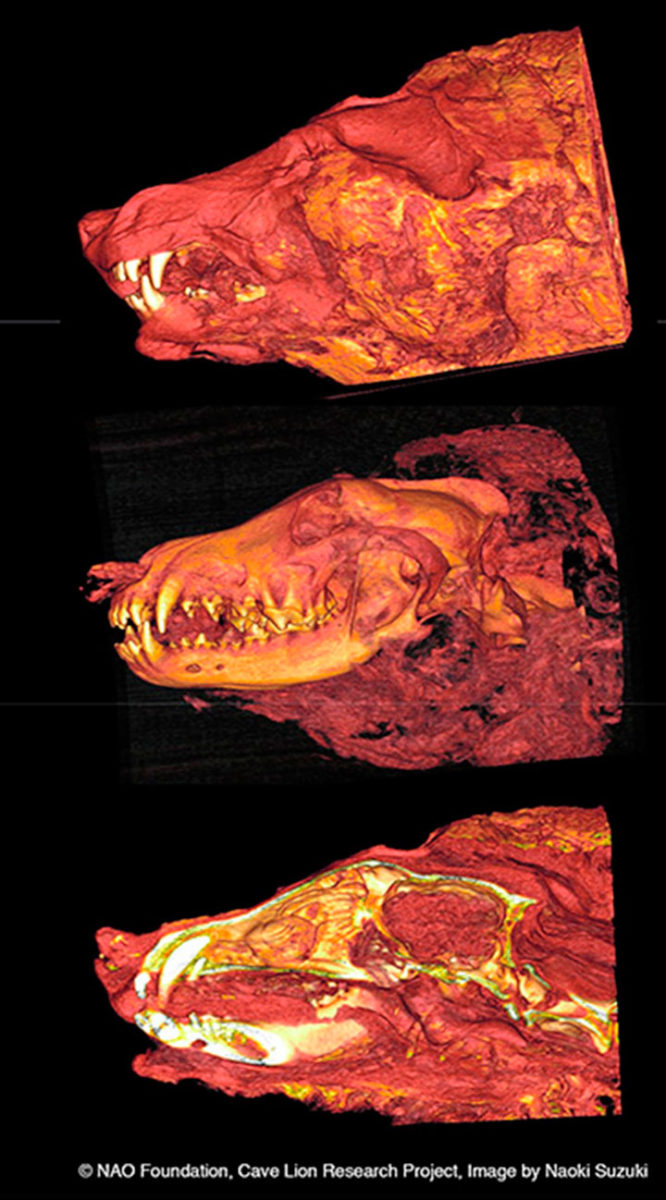 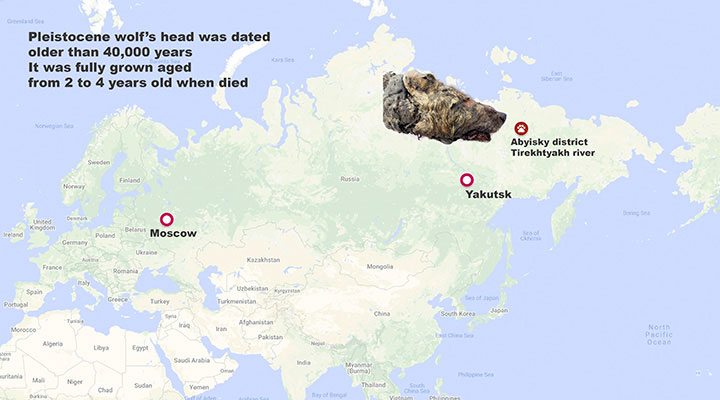 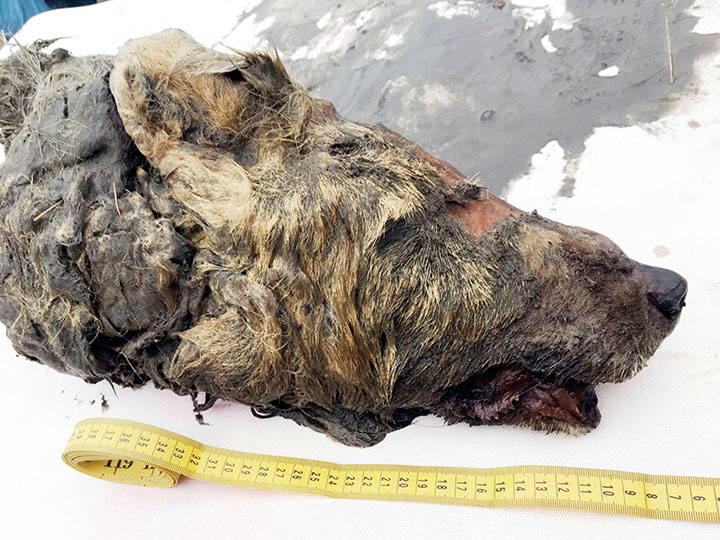 Pleistocene wolf head preserved in permafrost is on display

The animal's fur and teeth are intact

A wolf’s head found in Russia, preserved in permafrost, is now on display in Tokyo. It is part of an exhibition at the National Museum of Emerging Science and Innovation in Koto Ward, Tokyo, with frozen mammoth specimens excavated from permafrost in Russia’s Siberia region, organised by Yakutian and Japanese scientists.

The wolf’s head was found in permafrost with its fur and teeth intact on the banks of the Tirekhtyakh River, at the Abyisky district in the north of Yakutia in Eastern Siberia by locals looking for mammoth remains. It is about 40 cm long, approximately half the size of a modern wolf’s body.

The head was taken to the Academy of Science in the Russian Republic of Sakha where it was confirmed that the discovery was unique, as it is the first ancient wolf found with its soft tissue intact after 40,000 years.

Now researchers have created a digital model of the wolf’s brain and skull for further investigation of the animal. Although it was initially a mystery why only the head was found and how it was cut off from the rest of the body, it seems that this happened due to the movement of ice chunks.

Near the wolf’s head an ancient lion cub was also found preserved in permafrost. Researchers, who named the cub Spartak, believe it died shortly after birth. It is about 40 cm long and weighed about 800 grams.

Scientists believe that the number of remains preserved in permafrost found has risen lately due to global warming and many more discoveries are to be made soon.