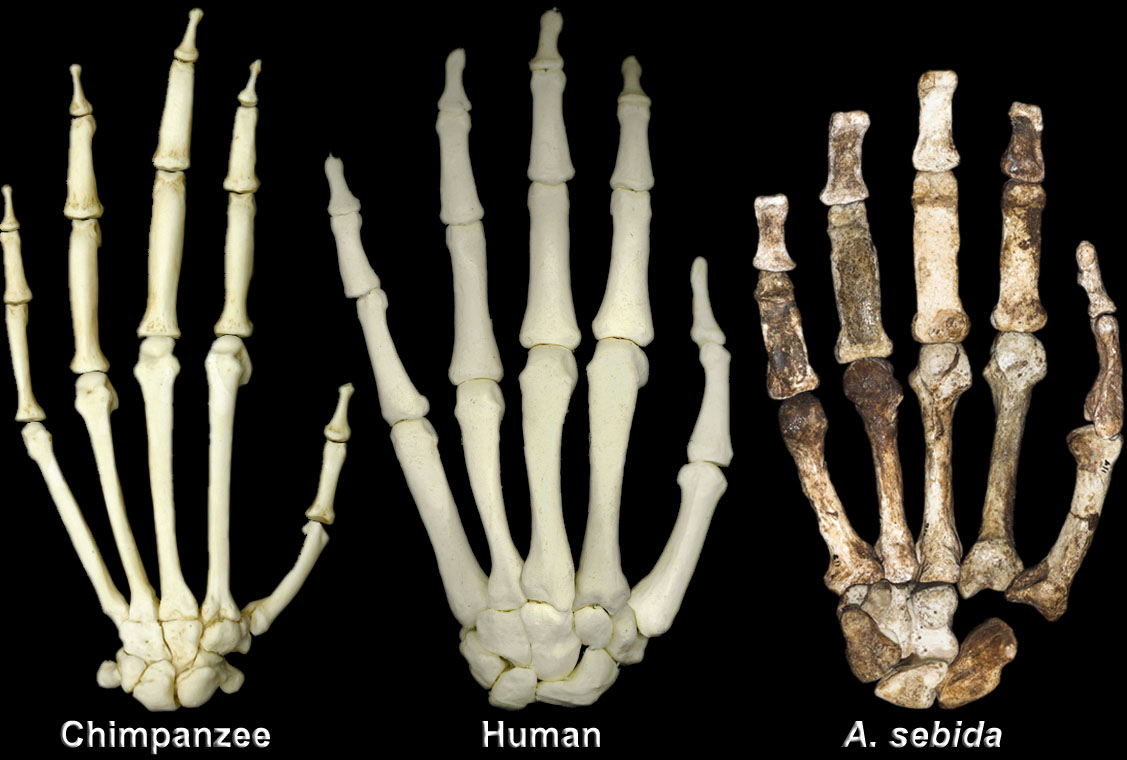 Its structure is largely primitive in nature

A study about the evolution of the human shows there has been relatively little change in its proportions.

Two days ago, Nature published a paper “The evolution of human and ape hand proportions,”a study that discovers that human hands may be more primitive than chimp’s.

Human hand proportions have changed little from those of the last common ancestor (LCA) of chimpanzees and humans. These findings indicate that the structure of the modern human hand is largely primitive in nature, rather than the result of selective pressures in the context of stone tool-making.

Human hands exhibit a long thumb in relation to the fingers. This is one of the most distinctive traits of humankind compared to apes and is often cited as one of the reasons for the success of the species; however there are competing theories on how the human hand evolved over time.

The researchers measured the hand proportions of humans, living and fossil apes as well as fossils of human ancestors including Ardipithecus ramidus and Australopithecus sediba, to understand the step wise evolution of the hand. Their results show the more recent, convergent evolution of finger elongation in chimpanzees and orangutans and comparatively little change between humans, human ancestors and gorillas.

These results support the hypothesis that the long thumb to fingers ratio of the human hand was acquired convergently with other highly dexterous anthropoids. The findings of the study also challenge the assumption that a chimp-like hand was the starting point of the chimpanzee-human LCA.