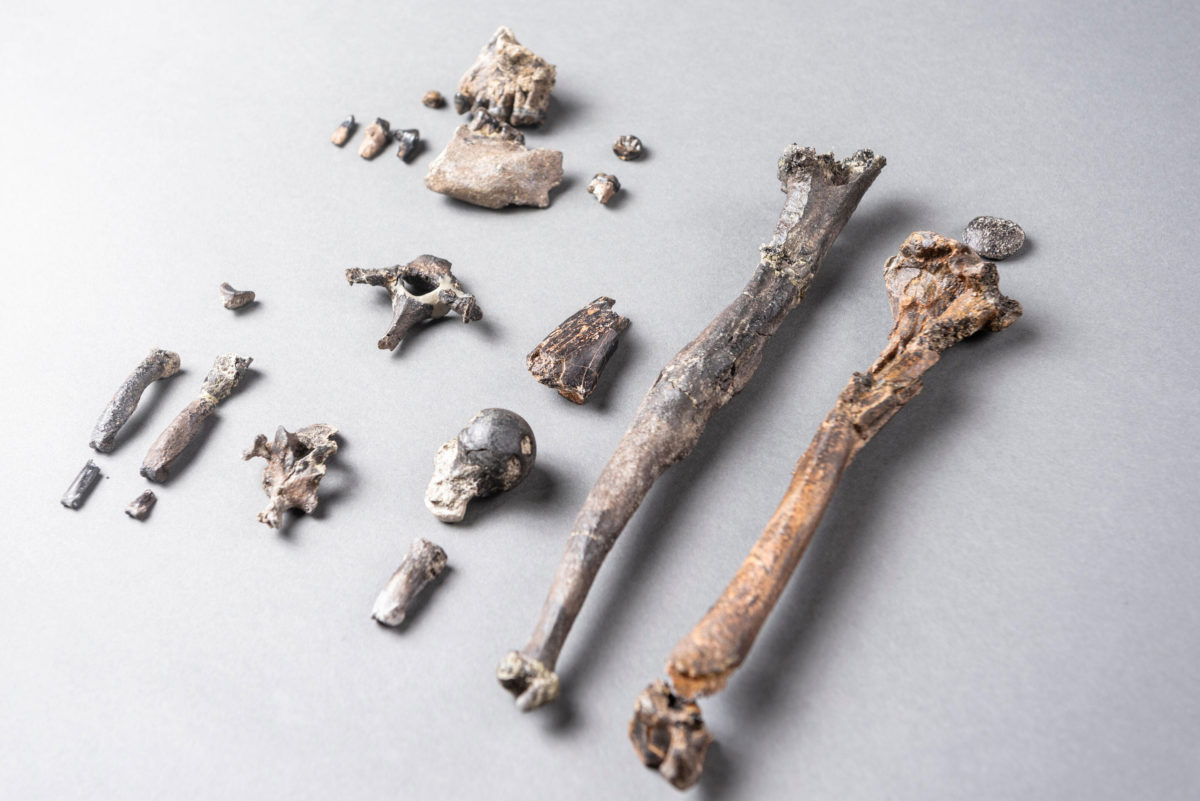 New data on the appearance of bipedalism on earth

By researchers from Tübingen University

The discovery in Germany of the fossilized bones of an 11.62 million year old ape (Danuvius guggenmosi), shows that the first apes to stand erect on their two legs probably did not evolve in Africa, as was the predominant view to date, but in Europe.

The researchers headed by Tübingen University professor of paleoanthropology Madelaine Bohme published their finds in Nature magazine, stating that “These findings may revolutionize our view on human evolution”.

The scientists found 37 bones in Bavaria in southern Germany (without a complete skull), belonging to an adult male, two adult females and a child. They estimated that this was a small ape of up to one meter high and weighing between 17 to 31 kilos, who could have been a common ancestor of later great apes (chimpanzees, gorillas, orangutans, bonobos) and the humans of Europe.

Its anatomy is unusual in that while its arms were long enough for it to hang from trees, its legs resembled those of humans. This suggests that most probably-unlike all known apes- it was able to stand on its two legs in trees or walk upright on the ground, long before the appearance of humans on earth.

The appearance of bipedality is a point of scientific contention. Did our ancestors climb down from trees with the ready ability to walk upright on their two hind legs, or was this developed by four legged creatures after one or two million years of surviving on the ground on all fours? Whatever the case, based on data so far, experts all agree that the first creatures walked upright almost 5 to 7 million years ago. The 4.4 million year old Ardipithecus was certainly a biped. To date, the most ancient bipedalism – humanity’s “trademark”–had been found in the Sahelanthropus of Chad who lived 6 million years ago. If Danuvius really stood on his two legs then the origin of bipedalism must be placed much earlier. Moreover, bipedalism will no longer have appeared first in Africa but in Europe.

Some scientists, like David Begun at the University of Toronto, Canada, argue that the first standing ancestors of humans did actually first appear in Europe and then moved to Africa, thus reversing the established scientific narrative of evolution. Among other things, he argues that Rudapithecus, another ape in Europe, could walk on his two legs, also basing his argument on relative finds in Greece; mainly the discovery of 7.2 million years old Graecopithecus as well as 5.7 million year old fossilized footprints on Crete which could have been made by biped hominids.

Despite the new findings, other scientists are nevertheless skeptical about the theory that bipedalism first appeared in Europe and anticipate more discoveries to be convinced.