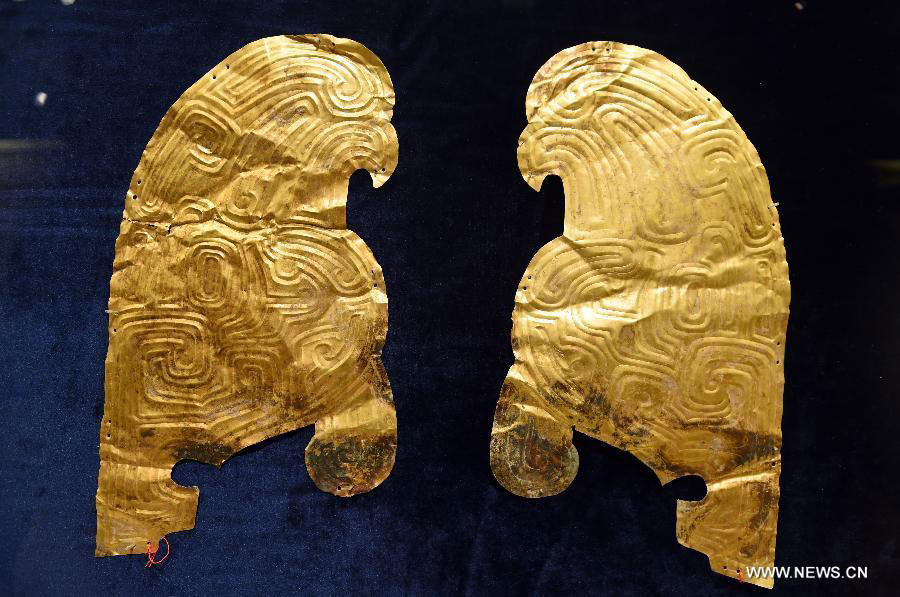 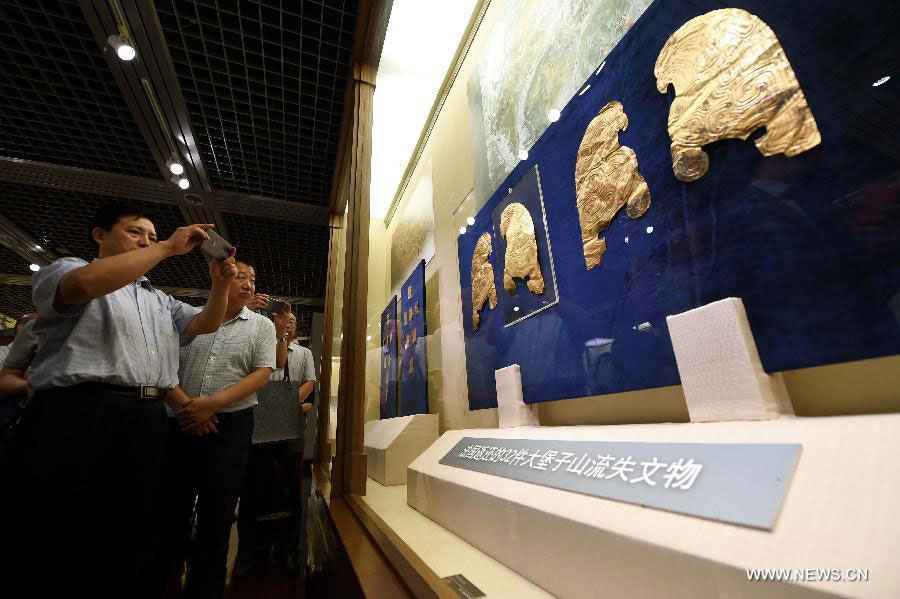 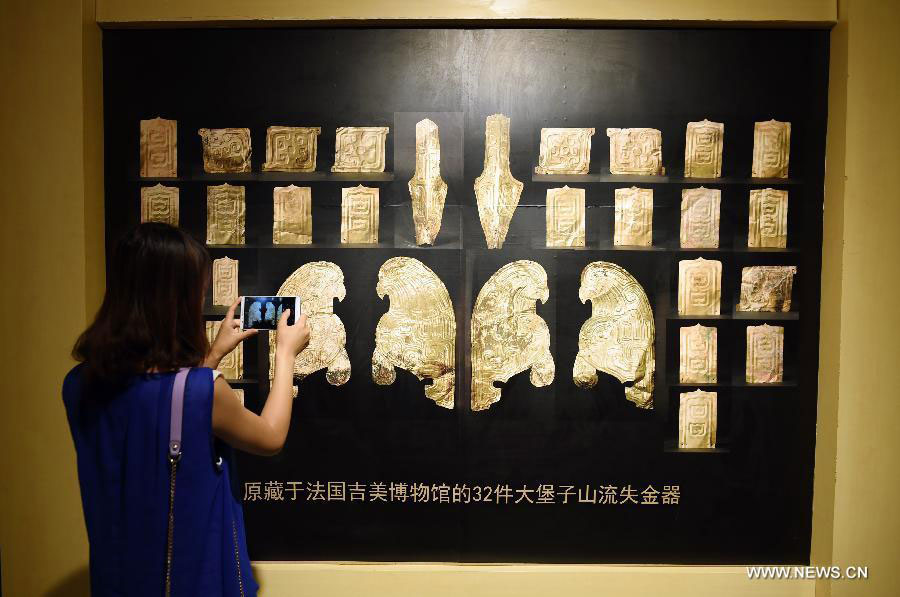 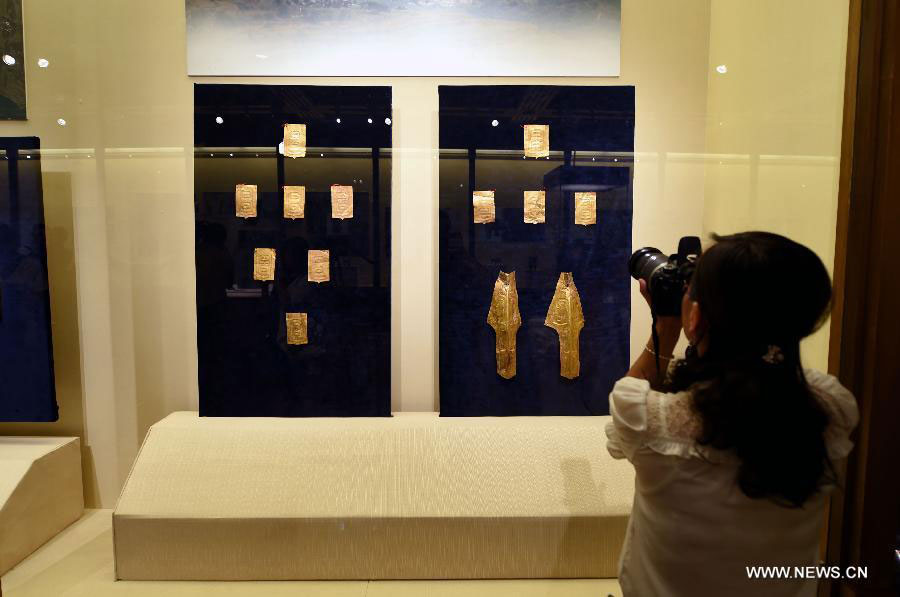 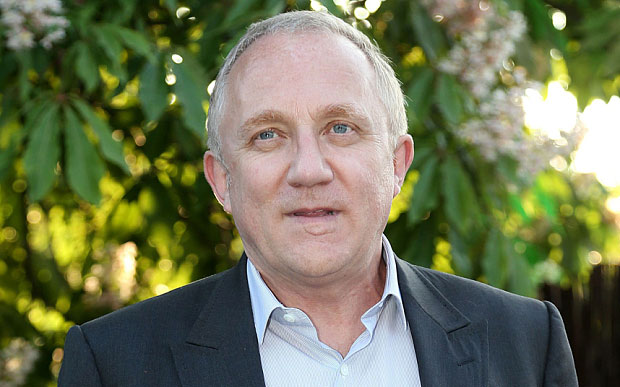 France has returned thirty two gold ornaments stolen from tombs during the 1990s to China. The items had been bought by unsuspecting French collectors, Francois Pinault and Christian Deydier, who personally made sure the relics would be returned to China. The return, however, proved to be rather difficult to complete, because in theory donations to French museums are irrevocable. It took bilateral negotiations between the two countries for the items to find their way to northwest China’s Gansu Provincial Museum on Monday. The French culture ministry “retroactively annulled” the gifts and returned them to the donors, who then returned them to the Chinese authorities.
Mr Pinault had acquired four gold heads of birds of prey and Mr Deydier had bought 28 other artefacts from the same seller. The 32 gold items came from tombs in Dabuzishan in Lixian County, Gansu Province dating back to the Spring and Autumn period (770 BC-476 BC). The tombs were badly looted during the 1990s and a large number of relics, including the gold ornaments, were smuggled abroad.
The artefacts are since Monday displayed in a public exhibition until the end of October, when they will be moved to a permanent display at the Gansu Provincial Museum.