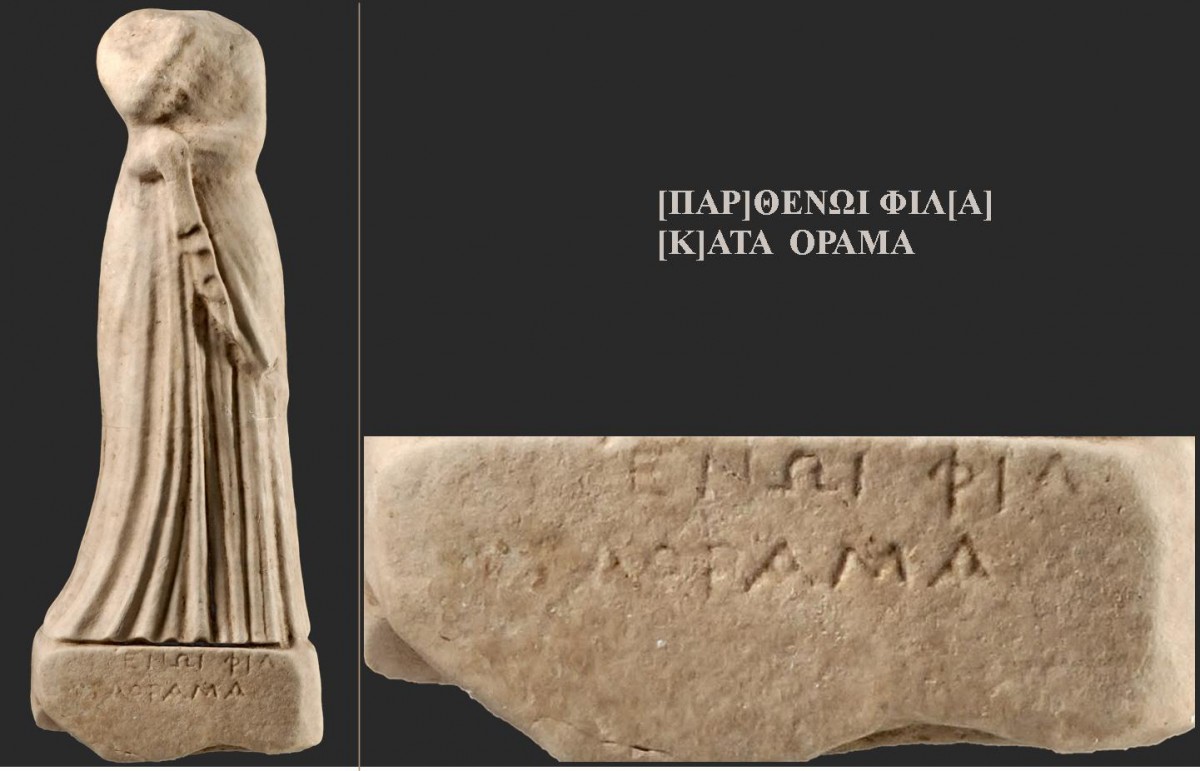 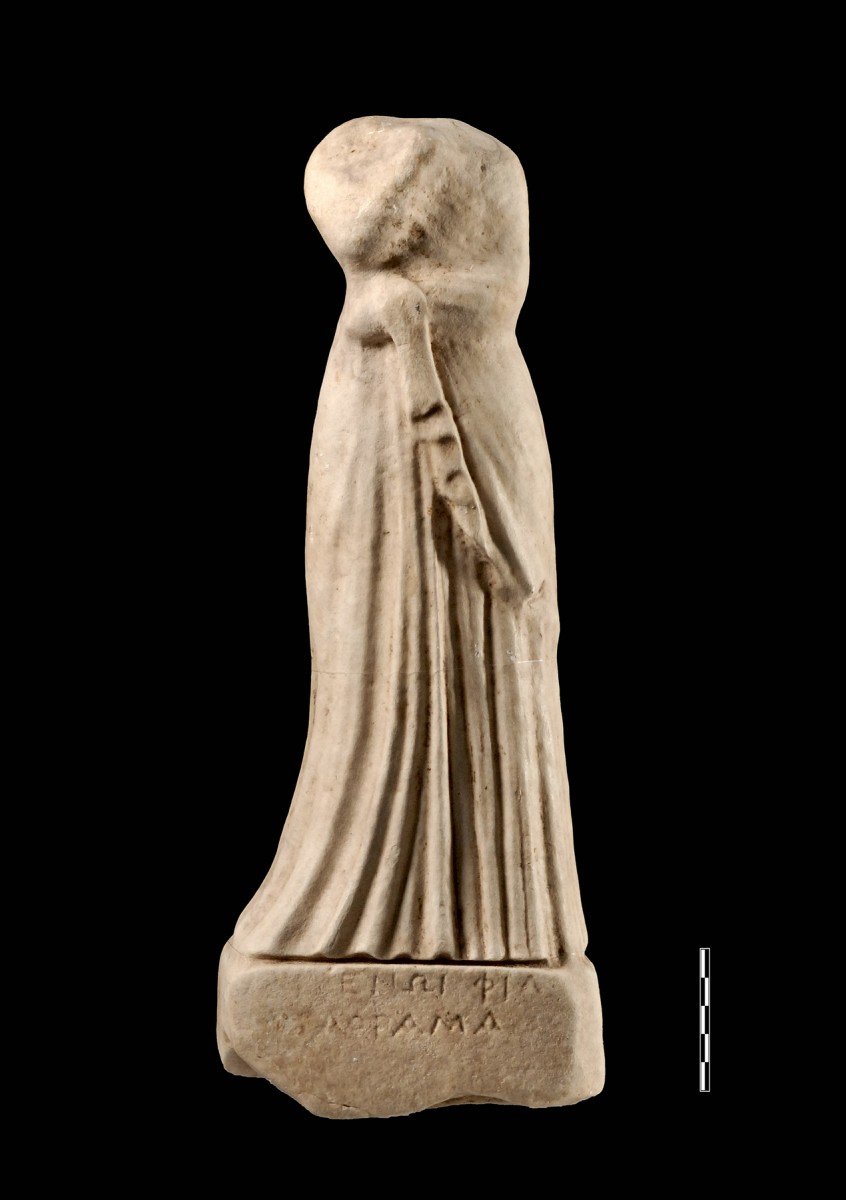 The votive offering of Phila

From the Small Temple at Gitana

A new digital action, under the title “The exhibit of the month. Short stories of history…” is hosted on the webpage of the Archaeological Museum of Igoumenitsa. Each year will be dedicated to a selected digital thematic unit comprising twelve different exhibits or groups of exhibits, which will be presented gradually during the year, one for each month. This year’s subject is writing. The action aims at a different approach of the selected objects since these will be presented under thematic groups different from those of the Museum’s Permanent Exhibition, while focusing on details that may escape the visitor’s attention. At the same time, selected finds -relevant to each thematic unit- which are kept in the museum’s storerooms will be presented to the public.

This month’s selected exhibit is the body of a female statuette with an inscribed base: the votive offering of Phila.

The body of a female statuette, from white limestone, with an inscribed base was found at the so called “Small Temple” at Gitana (Thesprotia) and it dates to the Hellenistic period.

According to the inscription, it was dedicated to the deity by the girl Phila (ΦΙΛΑ) after a dream she had. The female deity worshiped at the small temple of the city could be identified with Themis whose cult is further attested for by other epigraphic evidence from the site of Gitana.

The votive offering is exhibited in Hall 2 – Unit III: Public life – Shrines and cults, of the Archaeological Museum of Igoumenitsa.