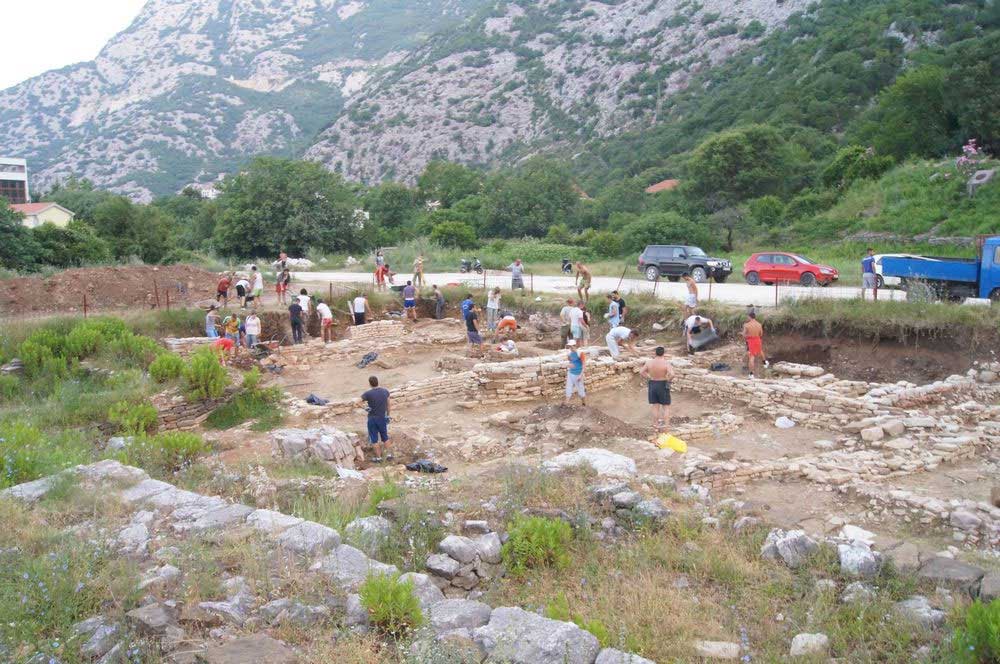 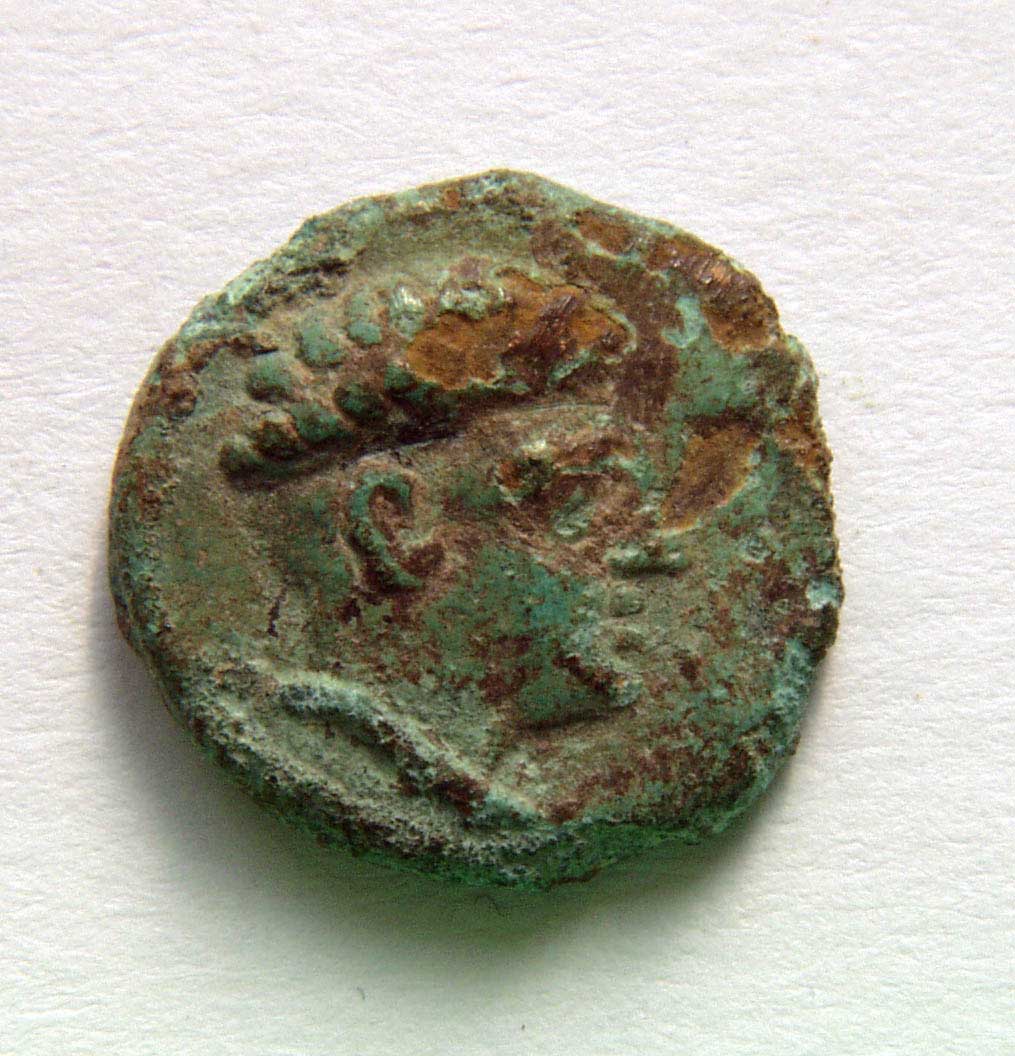 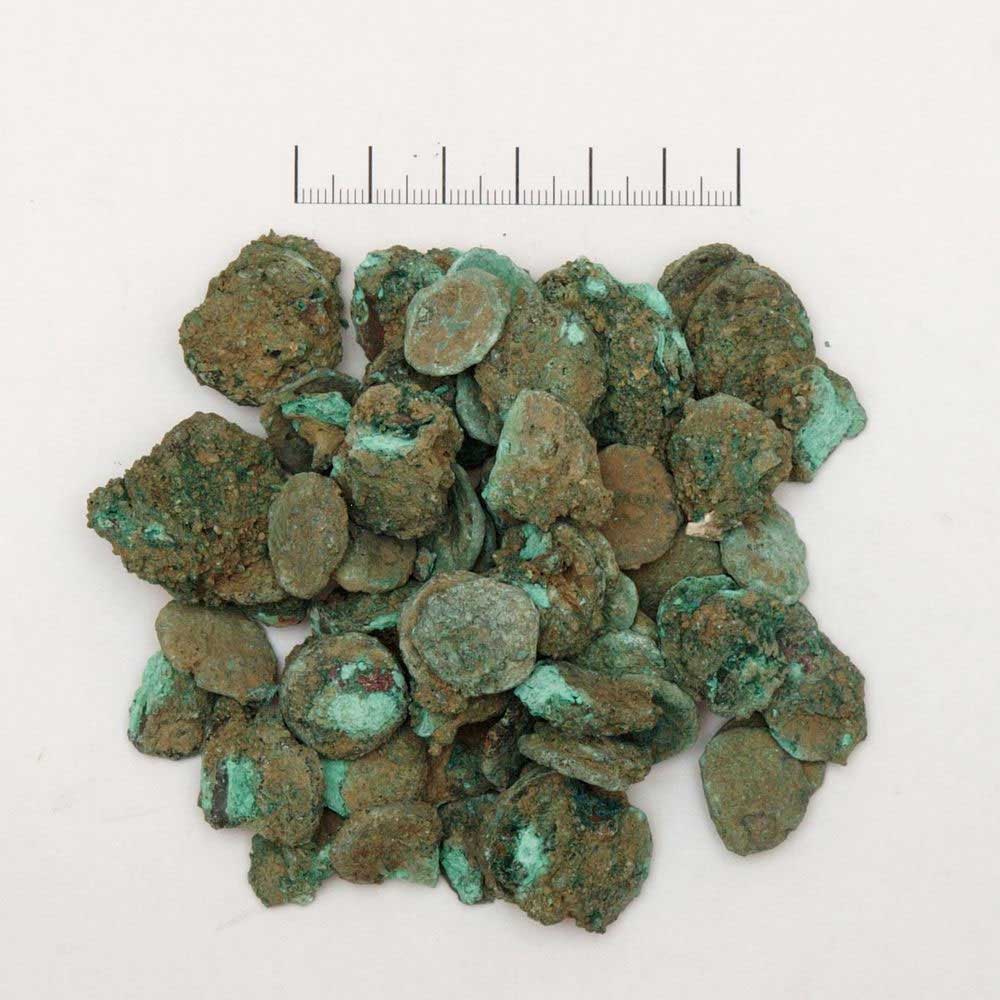 The ancient city of Rhizon (modern Risan in Montenegro), was an Illyrian stronghold which functioned as a successful trading centre, occupying a sheltered position in the Bay of Kotor on the Adriatic.

A stronghold of an Illyrian Queen

Ancient Rhizon was also a political centre for the Illyrians and it was here that Teuta, Queen of the Ardiaei tribe, established her capital.

After negotiations broke down between Teuta and the Romans (who requested her to put an end to piracy in the Adriatic), the First Illyrian War broke out in 229 BC. However, the Illyrians could not withstand the might of Rome and the war was a short lived affair.

Not much else is known about Rhizon’s place in history as hardly any documentary accounts exist which refer to it by name. Most of the archaeological evidence has come from stray finds and some small rescue excavations have produced a number of artefacts, but so far a proper chronology of the settlement has remained illusive, until recently.

A Polish research team from the Antiquity of Southeastern Europe Research Centre, University of Warsaw, began excavations at Rhizon over ten years ago. In 2010 they made an important discovery which would lead to a breakthrough in the understanding of the site’s chronology and that of its leaders.

As the archaeologists were digging inside the walls of a Hellenistic period house, they found an extremely large coin hoard which was contained within a ceramic vessel.

This hoard consisted of 4600 bronze coins which have been dated to the 3rd century BC. The vessel was found below a burnt layer and radiocarbon dates from here have indicated that the destruction layer may be connected with the First Illyrian War of 229-230 BC.

Although there is documentary proof to place Queen Teuta as a ruler at the time of the First Illyrian War, there has been a question mark hanging over the date of the rule of another Illyrian monarch.

In the 19th century, English archaeologist Arthur Evans led excavations at Rhizon (before going on to discover Knossos in Crete). At the time he found a number of coins depicting the head of a man and bearing the words “King Ballaios”. On the other side, there was a representation of the goddess Artemis.

Because of the rarity of Illyrian coin production (mostly Greek and Roman coins were used), this led Evans to conclude that there may have been a mint at Rhizon. He also maintained that King Ballaios must have ruled some time in the 2nd century BC. The Polish researchers are now of the view that the rule of King Ballaios has to be pushed back into the 3rd century BC.

This season saw the Polish team make a new set of discoveries, including another smaller coin hoard. “The results of this year’s excavations exceeded our wildest expectations” said Professor Piotr Dyczek.

The archaeologists carried out excavations over a 250 square metre area of the so-called house of Aglaos who, from artefactual evidence appears to have been a wealthy carpenter (named after a large plate of Gnathia pottery was found in 2011 with the figures AGL etched in Greek).

Whilst digging in the corner of one of the rooms of the Aglaos house, a pouch containing more than 100 coins was recovered. Some of the coins bore the image of the ancient ruler Ballaios.

“This is the second numismatic treasure of Rhizon and although the number of coins does not seem impressive compared with that discovered two years ago, we must remember that such large finds of Hellenistic coins are extremely rare ” said Professor Dyczek.

The Polish team has now managed for the first time, to trace the walls of the city buildings dating to the late fourth and early third century BC. The first settlement in Rhizon is thought to date to the 7th century BC. However, due to tectonic processes it is now below groundwater level.

“This year the weather helped us. The great heat caused the groundwater level to decrease. This allowed us to find the very early internal walls built in the days when Rhizon was surrounded by a cyclopean stone defensive wall” said professor Dyczek.

The earlier layout appears to run along similar lines as the later city of Ballaios and Teuta, which proves that, despite the apparent destruction (possibly an earthquake), the original layout of the street grid had been preserved. This will allow archaeologists to study urban planning from at least the fourth century BC.

These earlier layers contained a large repertoire of artefacts, with the amount of ceramic tableware pieces significantly increasing and included a rich collection of imported Hellenistic vessels: pottery from Campania, Attica and Corinth.

For the first time at Rhizon, archaeologists have discovered a fragment of Attic red-figure krater.

Another object that drew the attention of researchers was a bowl fragment with relief decoration depicting a man on horseback carrying a lance. This image according to professor Dyczek is consistent with the description of the iconography of the god Medaurus worshipped at Rhizon.

Another exciting find was a guttus – a vessel for oil and liquid spices, most probably manufactured in Apulla at the turn of 4th and 3rd centuries BC. On some of the pottery items there is graffiti which represent the abbreviations of Greek names of the owners.

Based on the discovery of numerous coins, archaeologists were able to make a more precise dating of individual layers and structures. They found that the early phase of settlement, at the turn of the fourth and third century BC, ended with destruction but it is not yet clear what caused this. However, it is clear that shortly after this event the city was revived anew and it was then that the house of Aglaos was built.

Future seasons will enable the Polish archaeology team to find more evidence for the major phases of Rhizon’s life as a trading and political centre and the part that this once important Illyrian stronghold played in shaping the fate of the surrounding region.