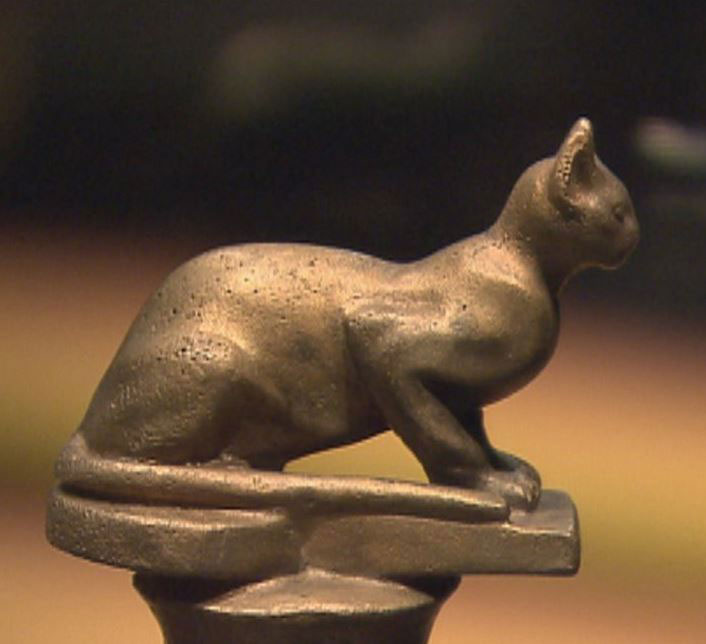 The magic world of ancient Egypt

The magic world of ancient Egypt is honored at the Museum of Civilization, at Québec, Canada, which presents an exhibition of some pieces of the most important Egyptian collections in the world.

Egyptian Magic allows visitors to explore the relationship of the Egyptians with magic, which, according to them, was identified to the origin of the universe.

According to the Egyptologist Michel Guay, to understand and appreciate this exhibition, the visitor must experience a universe where everything that is not known, scientifically rationalized or perceived “is sent to the world of gods, in the world the supernatural.”
“Here is a very simple example: the Egyptians did not know how to operate the solar system, so every night there was a concern on of whether the sun was about to rise or not. Consequently, the sun was deified and rituals were taking place to cause its rising up in the morning, “he says.

According to Guay, at that time, knowledge was in the hands of educated people who could intervene, to cure diseases. Since such knowledgeable individuals were not in contact with people from all the villages and all social classes, rituals and magical beliefs had been developed. Amulets, figurines and other objects representing deities were thus manufactured, symbolizing protection. “For example, women were getting help during childbirth birth because childbirth was risky. There was an attempt to intervene by using the forces of nature that had been deified. ”

Egyptian Magic has more than 300 objects of great value, some dating back 3,000 years. These works come from prestigious museums, including the Rijksmuseum van Oudheden Leiden, the Louvre in Paris, the British Museum in London and the Museo delle Antichità Egizie Turin.

The exhibition runs at the Museum of Civilization until April 10, 2016.