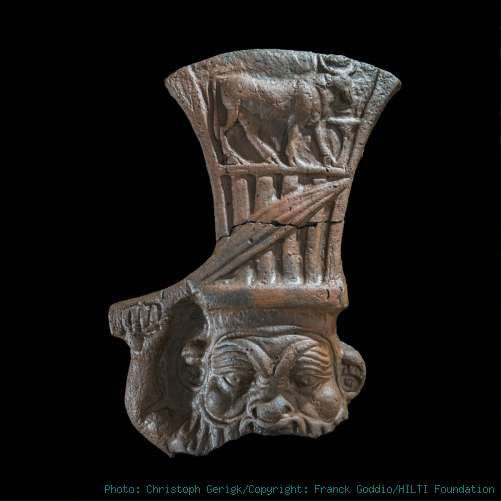 A dip into the Mysteries of Osiris

This unprecedented exhibition throws light on the discoveries by submarine exploration of the IEASM in Aboukir Bay, undertaken by Franck Goddio, who also curates the event.
The show focuses on the incredible remains of the temples of Thonis-Heracleion and Canopus in which the most secret religious rites and processions took place. Across the exhibition visitors are invited to follow the famous nautical procession of Osiris from Thonis-Heracleion to Canopus that accompanied the god each year on his passage to the hereafter.

The exhibition consists of three sections. The first presents the myth of Osiris and its protagonists. The second section is the most important, and consists of the archaeological sites and evidence for the ritual of celebration of the mysteries of Osiris. In the third and last section, the visitor discovers how the ancient myth has evolved over time and space, and how it was adapted at different sites, which explains the diversity of its representations.

A spectacular scenery of changing mood, colours and lighting, underwater photographs and videos, the objects discovered by the archaeologist divers at the bottom of the sea will be reflected in the masterpieces on loan from the museums of Egypt. – some 40 splendid objects on loan from the museums of Cairo and Alexandria, which have never been to France, or even outside Egypt.