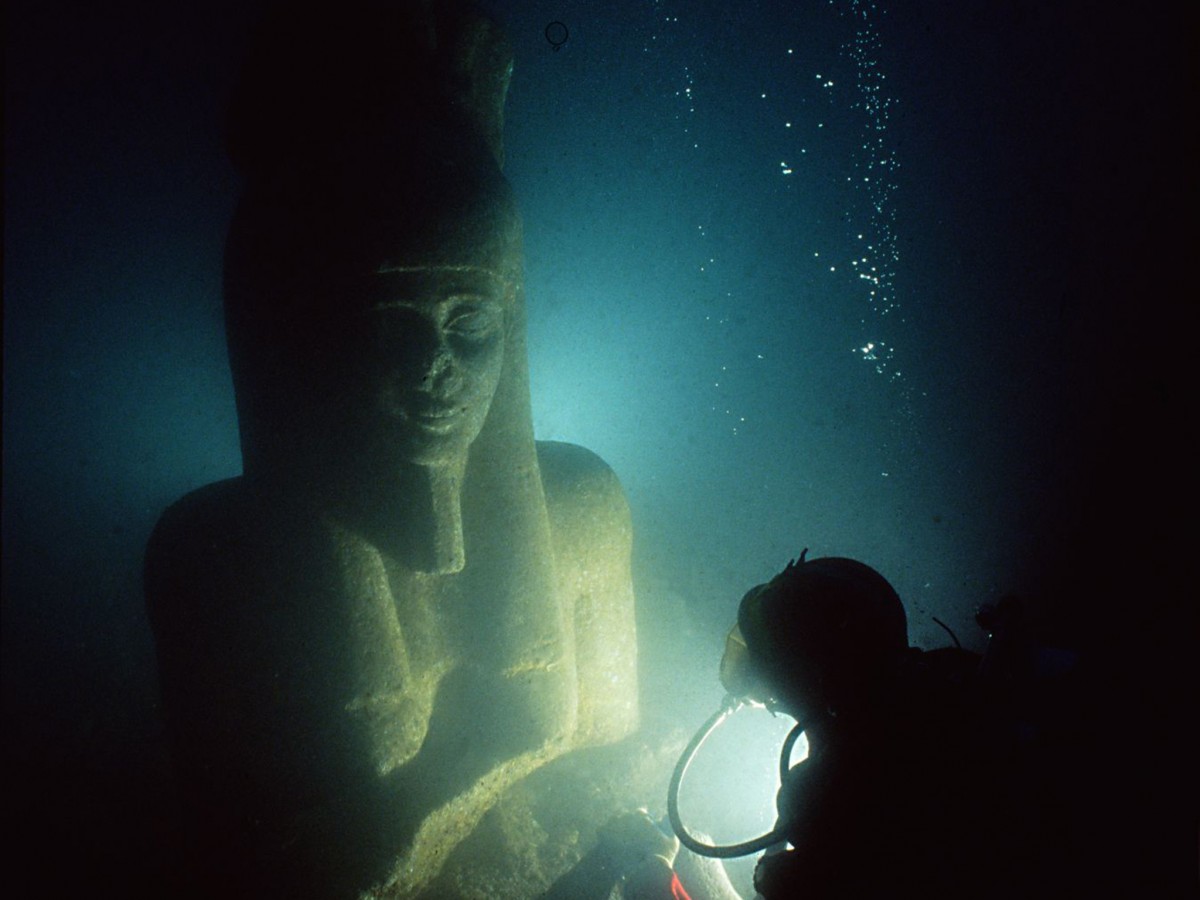 The show opens on May 19

The British Museum’s new show about the lost cities of Egypt is also the museum’s first exhibition on underwater archaeology. The show, which opens on Thursday, May 19, 2016, features 300 artefacts, 200 of which were discovered off the Egyptian coast in the last 20 years, during surveys conducted by a team from the Institut Européen d’Archéologie Sous-Marine (IEASM). The underwater excavations were headed by world-renowned archaeologist French archaeologist Franck Goddio, co-organiser of the show along with the BP’s curator Aurélia Masson-Berghoff.

The lost cities of the exhibition’s title are Canopus and Thonis-Heracleion, which at first were thought to be two cities. Vanished beneath the waters of the Mediterranean, Thonis-Heracleion and Canopus lay at the mouth of the Nile. Named after the Greek hero Heracles, Thonis-Heracleion was one of Egypt’s most important commercial centres for trade with the Mediterranean world and, with Canopus, was a major centre for the worship of the Egyptian gods. Their discovery is transforming our understanding of the deep connections between the great ancient civilisations of Egypt and Greece.

Preserved and buried under the sea for over a thousand years, the stunning objects in the exhibition range from magnificent colossal statues to intricate gold jewellery. Sacred offerings and ritual objects reveal the cult of Osiris – the god of the underworld who held the promise of eternal life. They tell stories of political power and popular belief, myth and migration, gods and kings. Journey through centuries of encounters between two celebrated cultures, meeting iconic historical figures such as Alexander the Great, Cleopatra, Hadrian and Antinous on the way.

The spectacular underwater discoveries by the IEASM team will be seen alongside fascinating objects from major Egyptian museums for the first time in the UK.

The exhibition will run through November 27, 2016.