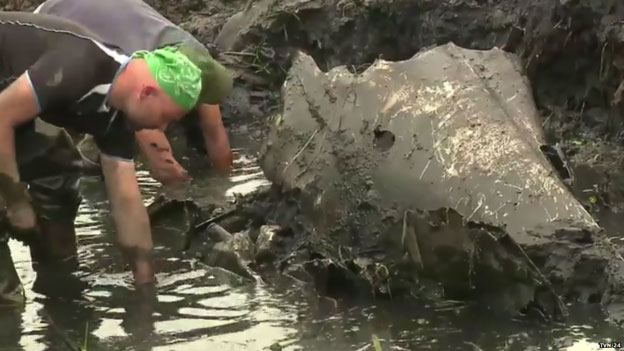 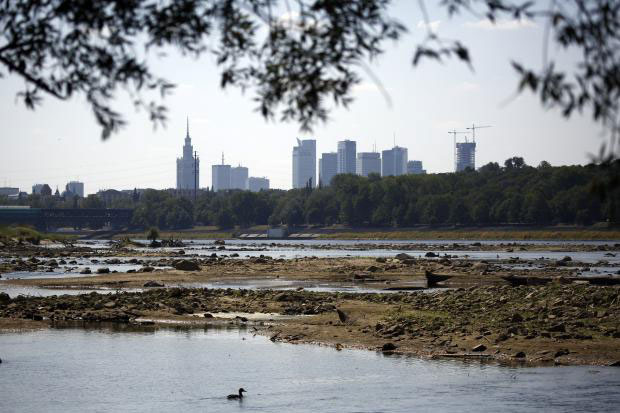 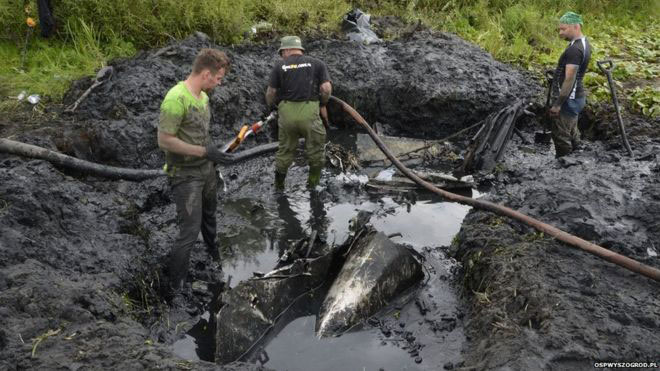 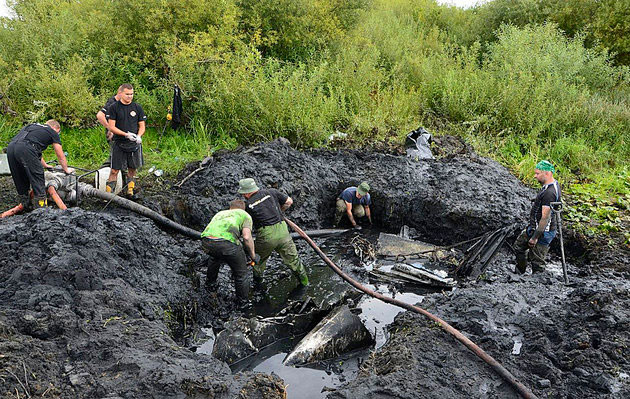 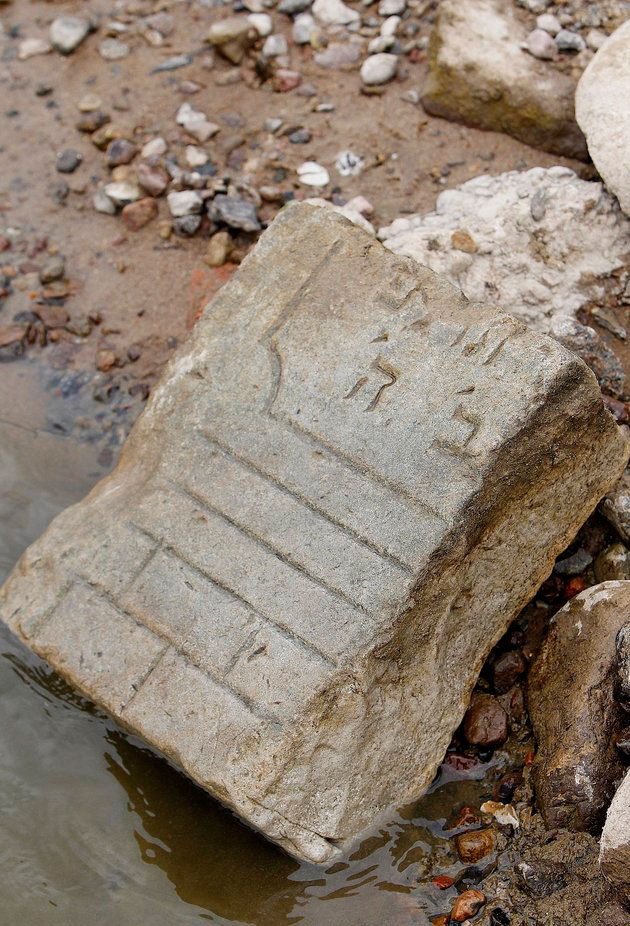 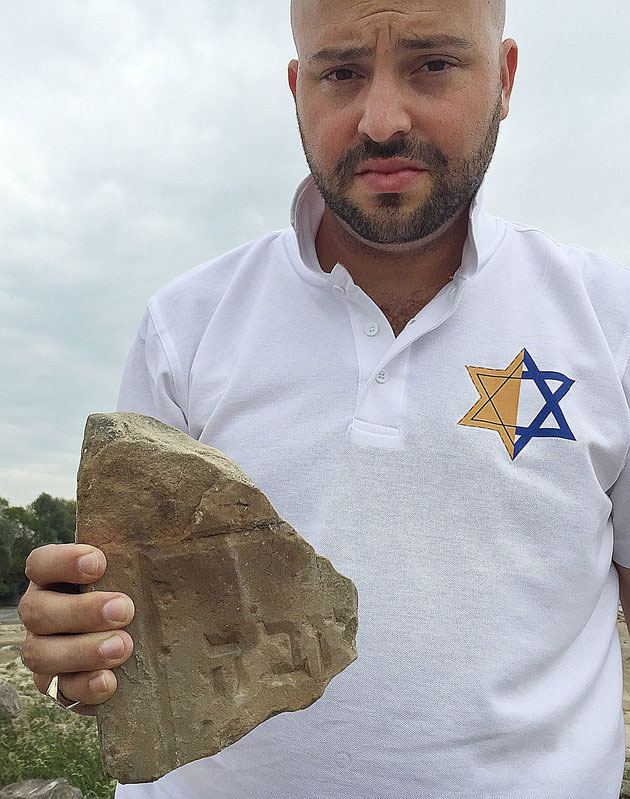 Including a soviet fighter plane and Jewish tombstones

Drought in Poland has caused the levels of the water in rivers to fall to record lows, revealing significant WW2 remnants, Jewish tombstones and a Soviet fighter plane. The Vistula River which flows 1,047 kilometers from the Beskidy Mountains to the Baltic Sea, is now at its lowest level since measurements started in the late 18th century, revealing significant remnants.

The WW2 aircraft was wedged in the mud of the Bzura River, a Vistula tributary, in an oxbow lake in Kamion, about 70km west of Warsaw with the remains of the crew still inside. Among the finds there are the instrument panel, the engine, a wheel and a well-preserved radio set, a parachute, a sheepskin coat collar, parts of boots, a pilot’s TT pistol and radio equipment  along with a lot of heavy ammunition. For the moment it is not possible to identify the model of the plane, but markings on it along with the pilot’s fur-trimmed winter uniforms confirm they were Soviet airmen. Also, the inscriptions on the control panel and the radio equipment are in Cyrillic. The remains of the two crew members have already been removed. Excavations are being assisted by the local fire brigade.

Another significant finding in the Vistula River the past week was fragments of tombstones with Hebrew lettering, probably coming from the Brodno cemetery, from where thousands of tombstones were removed during and after the war to be used as building materials. Jonny Daniels, head of the Jewish Foundation “From the Depths” waded into a shallow area of the Vistula picking up fragments of the stones. He was taken at the site by a man who found fragments as he was walking along the river in Warsaw. Now Daniels hopes to take students there to do a more thorough search and return anything he can find to the cemetery.

Although historians and archaeologists knew that the river was full of significant remnants it was not possible until now to perform excavation works due to the deep muddy waters.