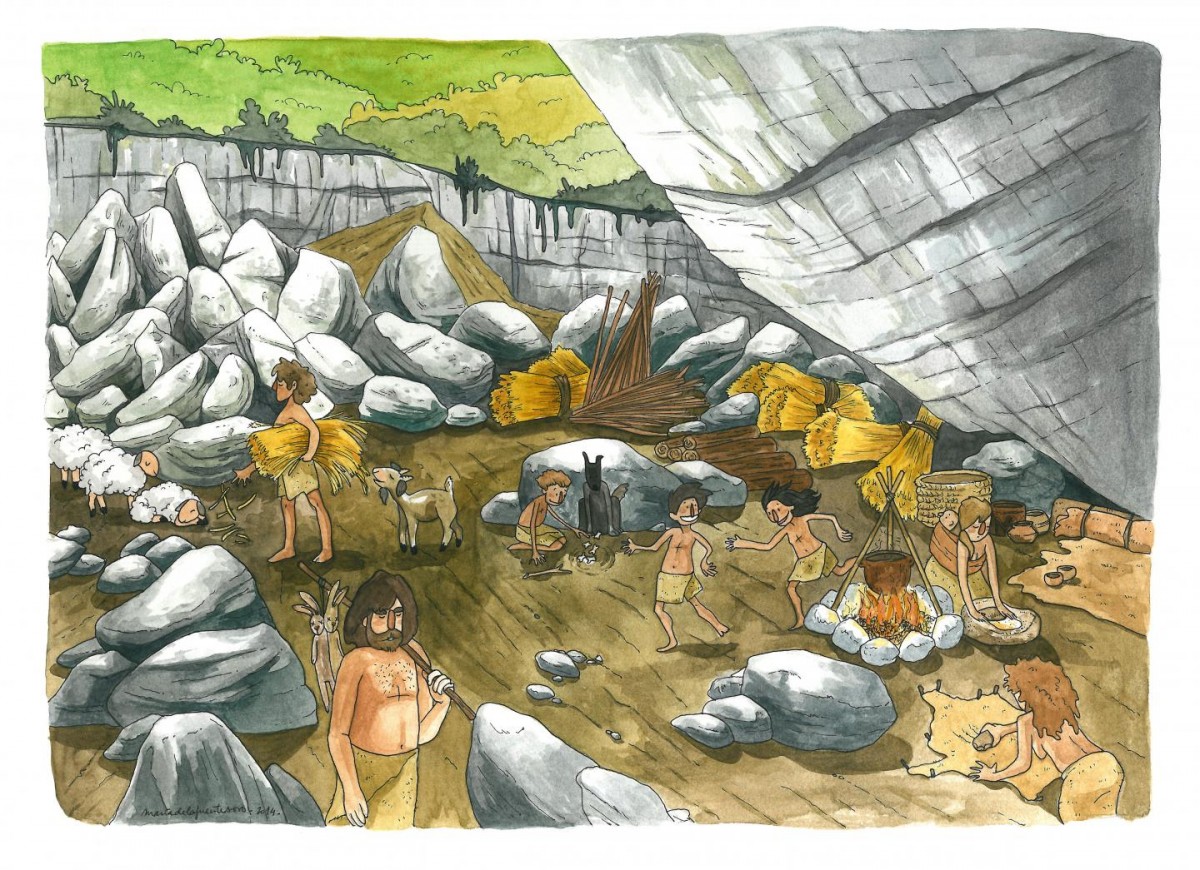 An international team led by researchers at Uppsala University reports a surprising discovery from the genomes of eight Iberian Stone-Age farmer remains. The analyses revealed that early Iberian farmers are the closest ancestors to modern-day Basques, in contrast previous hypotheses that linked Basques to earlier pre-farming groups.

The team could also demonstrate that farming was brought to Iberia by the same/similar groups that migrated to northern and central Europe and that the incoming farmers admixed with local, Iberian hunter-gatherer groups, a process that continued for at least 2 millennia.

The study is published today, ahead of print, in the leading scientific journal Proceedings of the National Academy of Sciences of the USA, PNAS.

Most of the previous studies about the transition from small and mobile hunter-gatherer groups to larger and sedentary farming populations have focused on central and northern Europe, however much less in known about how this major event unfolded in Iberia. This time, the research team investigated eight individuals associated with archaeological remains from farming cultures in the El Portalón cave from the well-known Anthropological site Atapuerca in northern Spain.

“The El Portalon cave is a fantastic site with amazing preservation of artefact material,” says Dr. Cristina Valdiosera of Uppsala University and La Trobe University, one of the lead authors.

“Every year we find human and animal bones and artifacts, including stone tools, ceramics, bone artefacts and metal objects, it is like a detailed book of the last 10,000 years, providing a wonderful understanding of this period. The preservation of organic remains is great and this has enabled us to study the genetic material complementing the archaeology,” Dr. Cristina Valdiosera continues.

From these individuals who lived 3,500-5,500 years ago, the authors generated the first genome-wide sequence data from Iberian ancient farmers and observed that these share a similar story to those of central and northern Europe. That is, they originate from a southern wave of expansion, and also admixed with local hunter-gatherer populations and spread agricultural practices through population expansions. The authors noticed that although they share these similarities with other European farmers, this early Iberian population has its own particularities.

“We show that the hunter-gatherer genetic component increases with time during several millennia, which means that later farmers were genetically more similar to hunter-gatherers than their forefathers who brought farming to Europe,” says Dr. Torsten Günther of Uppsala University and one of the lead authors.

The study also reports that compared to all modern Spanish populations, the El Portalón individuals are genetically most similar to modern-day Basques. Basques have so far – based on their distinct culture, non-indo-European language, but also genetic make-up – been thought of as a population with a long continuity in the area, probably since more than 10,000 years ago.

“The difference between Basques and other Iberian groups is these latter ones show distinct features of admixture from the east and from north Africa.” he continues.

These findings shed light into the demographic processes taking place in Europe and Iberia during the last 5,000 years which highlights the unique opportunities gained from the collaborative work of archaeologists, anthropologists and geneticists in the analysis of ancient DNA.

“One of the great things about working with ancient DNA is that the data obtained is like opening a time capsule. Seeing the similarities between modern Basques and these early farmers directly tells us that Basques remained relatively isolated for the last 5,000 years but not much longer,” says Dr. Torsten Günther.