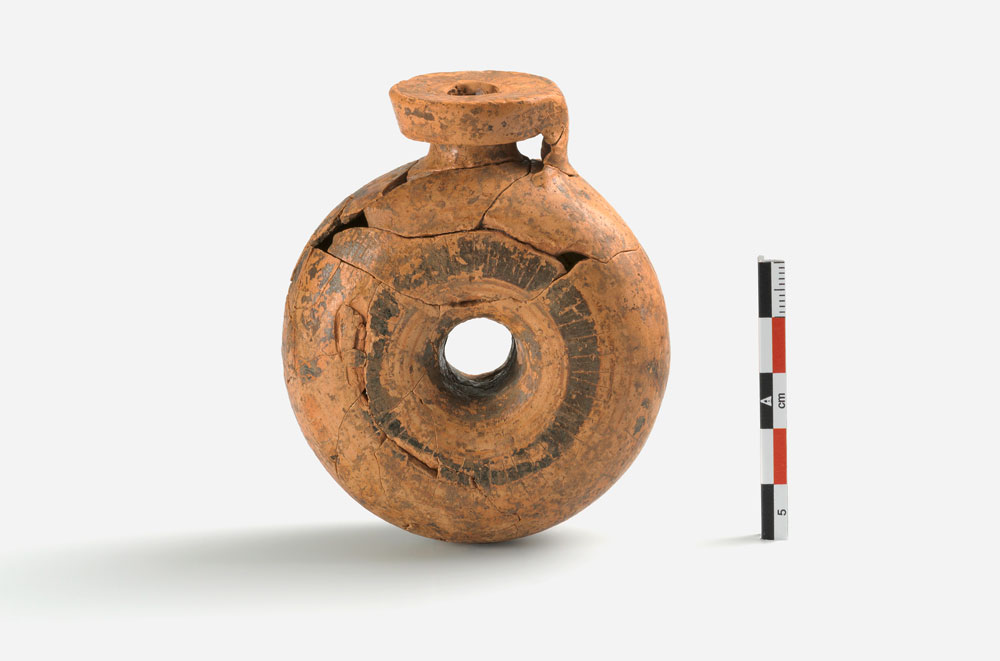 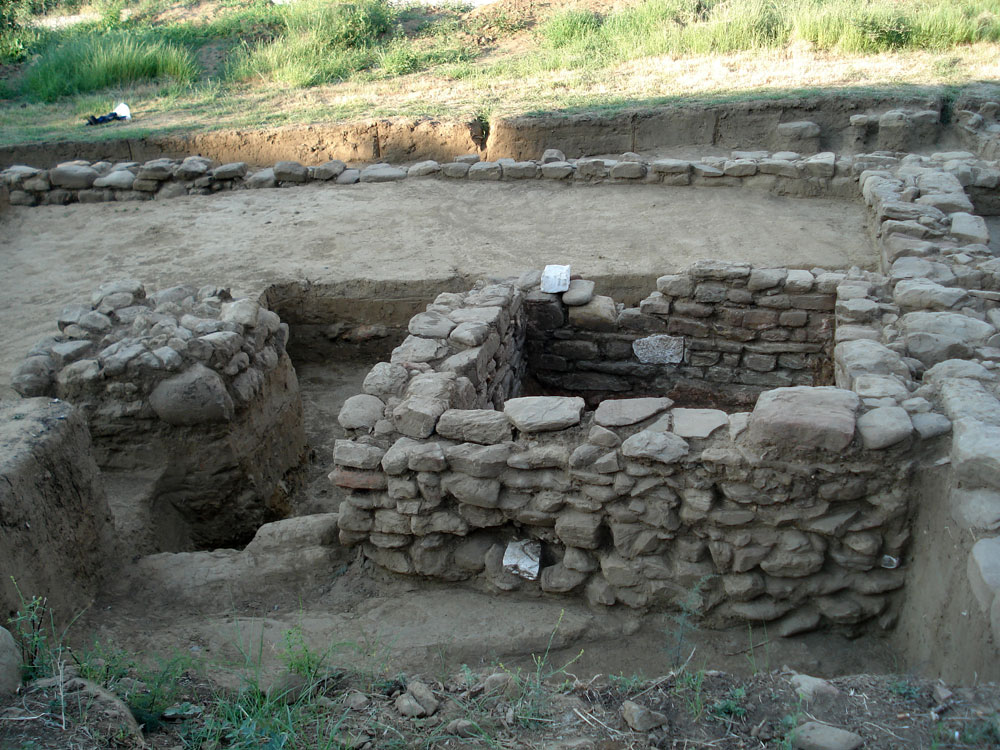 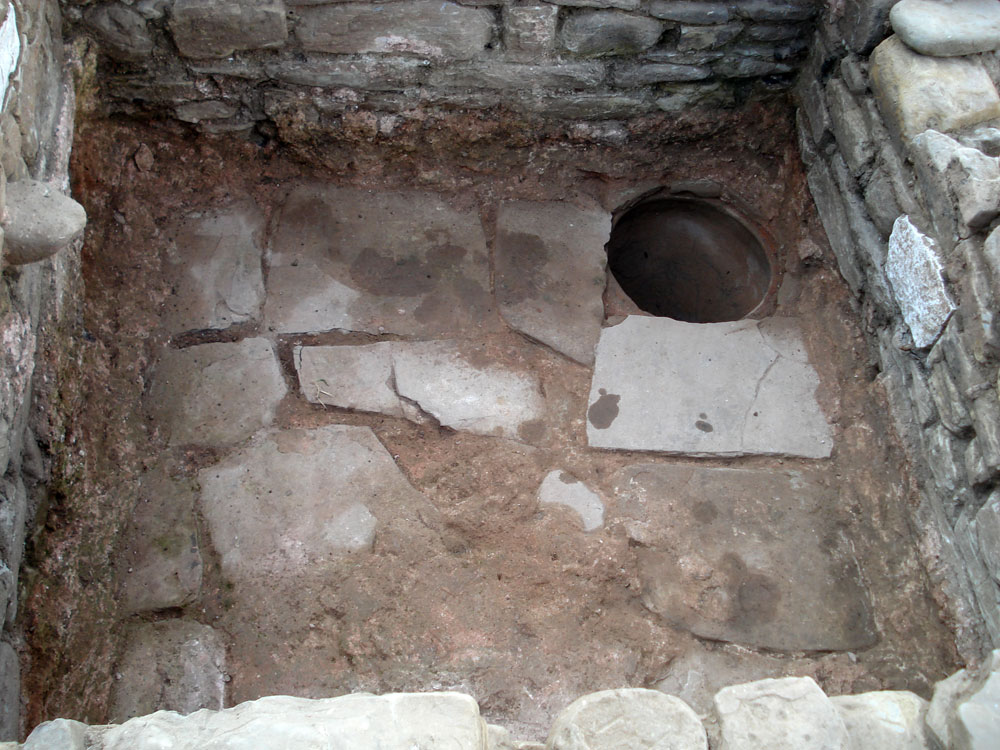 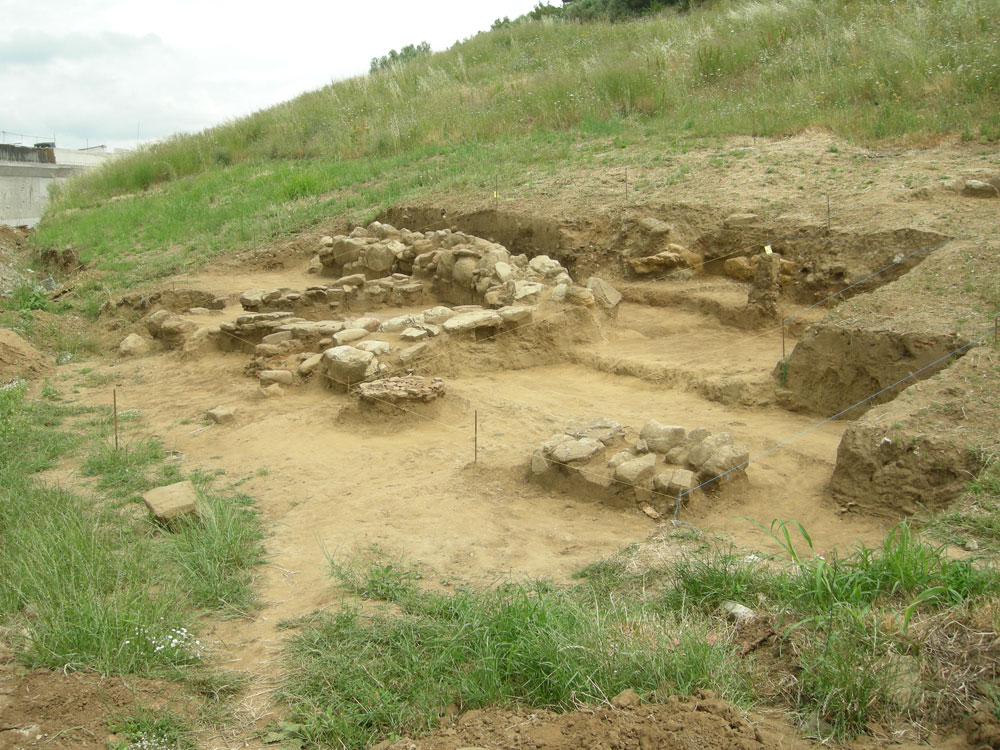 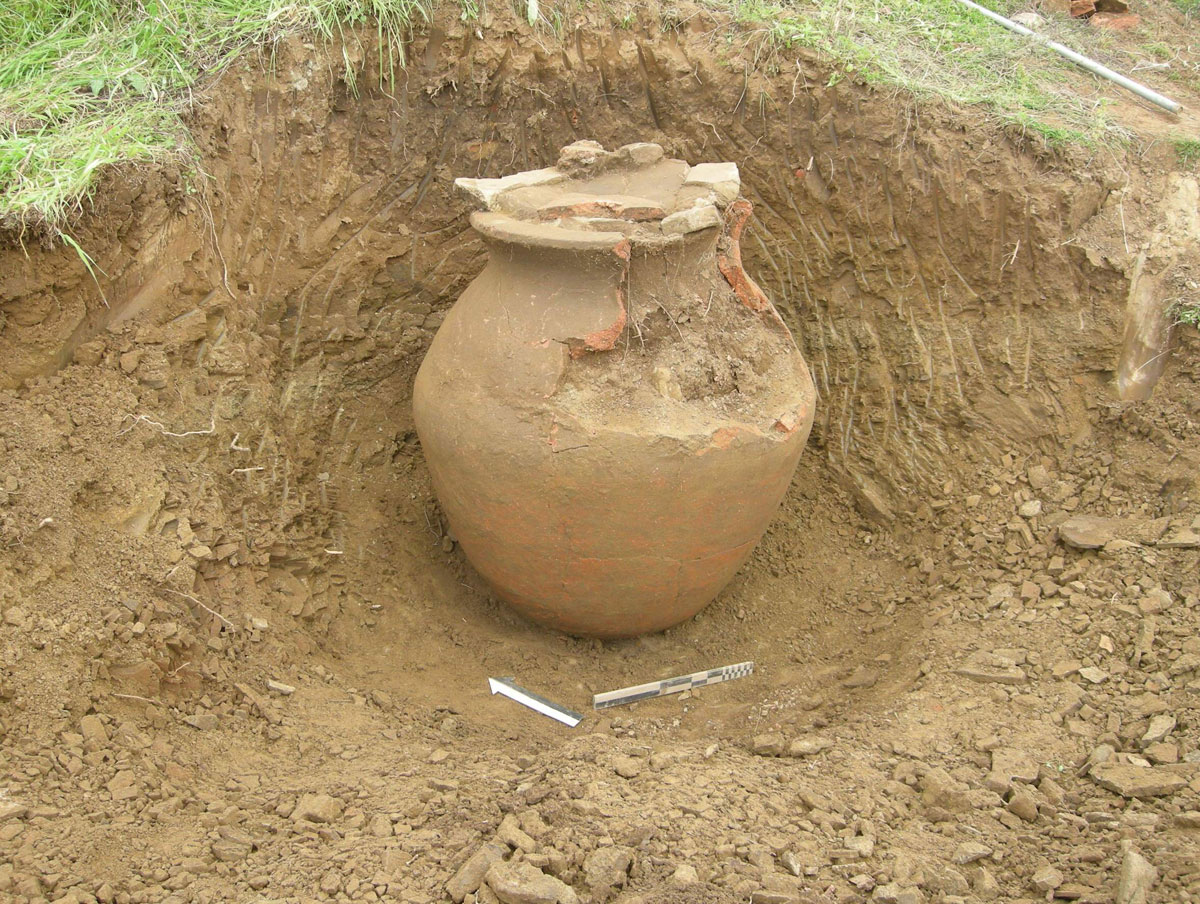 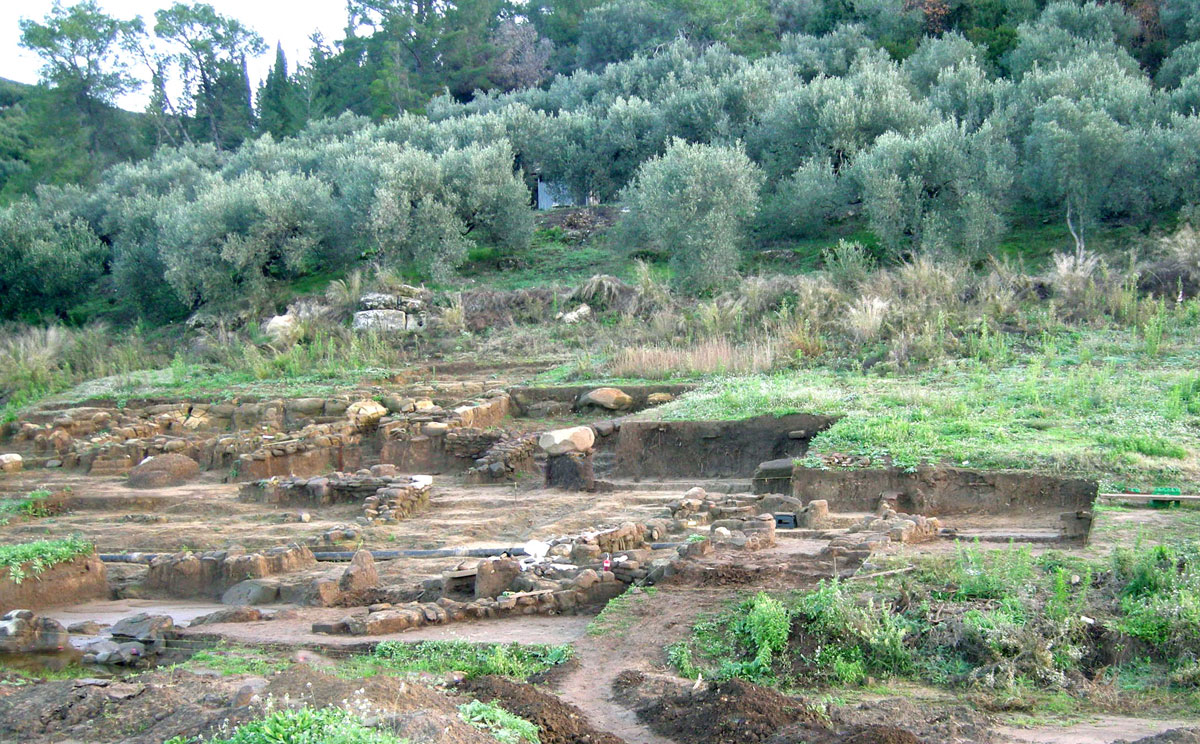 An unknown settlement in the surrounding area of Ambracia

Important finds have come to light near the city of Arta (Komboti-Sykoula area) during construction works of the motorway Ionia Odos. The aim of the team of the Ephorate of Antiquities of Arta was to reveal all significant finds. The team consisted of the Ephorate’s Director, archaeologist Varvara Papadopoulou, the archaeologist Sotiris Raptopoulos and the archaeologists Georgia Vasiliou, Andromachi Baladima and Giannis Kotsokostas. The team unearthed the remains of an ancient unknown township.

After locating visible remains during a field survey, a rescue excavation was conducted from November 2013 until May 2015. During this period eight buildings came to light on the south side of the Profitis Elias hill. The buildings formed four settlement complexes in an area with a length of 150m. They were small, built of local materials and preserved to foundation height. Some big storage pithoi and the identification of a wine press for the mustification of grapes suggest that the facilities had an agricultural and manufacturing character. A very interesting fact is that the buildings were found at a significant distance from each other, which means that they hadn’t been built as a complex but as autonomous units.

“The excavation shows a settlement consisting of workshop facilities and houses, the inhabitants of which were engaged in the cultivation of the nearby plains. The movable finds date to different periods of an extended time span, from the 5th c. BC to the 3rd c. AD. A rare ring-shaped aryballos put as a grave good in a pithos burial places the human presence at the site to the end of the Archaic period. The survey could not be completed due to the construction needs of the motorway, but there is enough evidence to establish the existence of a previously unknown settlement at a privileged spot, with its back side protected from the north winds by the slopes of the hill and the southeastern part of the Arachthos valley directly accessible. We also believe that there is a connection between the finds of this rescue excavation and the terracotta kiln of the Late Classical/Hellenistic period found at a distance of 500m to the southeast” Dr V. Papadopoulou and G. Kotsokostas said.

“An important parameter for the evaluation of finds are the natural contours of the ground, that determine the smoothest passage from the Arta area to Acarnania, and this over time, as both the existing National Road and the Ionia Odos which is still under construction, follow the same route. It is only reasonable to believe that this passage had been used since Antiquity and that a township was developed along its side in the area of Ambracia. It is quite possible that a big part of the settlement remains buried in the area,” the archaeologists add.