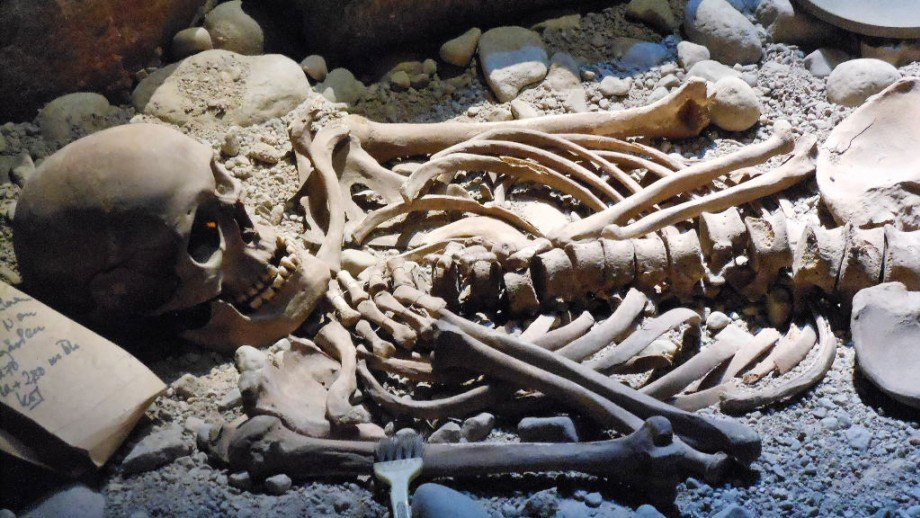 It's all in the hips!

Archaeologists at The Australian National University (ANU) have weighed into a long-running controversy surrounding one of the best methods of determining the sex of human skeletal remains.

ANU Honours student Clare McFadden said that being able to identify the sex of human skeletal remains is crucial to avoid creating a distorted version of history.

“If your sex identification method is flawed it would mean that you’re not accurately representing the history of either the individual or the population. You’re going to end up with something skewed,” Ms McFadden said.

The controversy surrounds the method of determining sex of skeletons by examining three points on the pelvis, known as the Phenice method.

Since it was developed in 1969 studies have consistently shown between 85-100 percent accuracy for the technique. However, debate began in 1990 when a study was published claiming a much lower figure.

This ties in with McFadden’s own work exploring skeletal pelvic scarring that is said to occur during pregnancy and childbirth.

“The ability to identify pregnancy and childbirth in skeletal remains would allow us to estimate fertility rates within populations, but also better understand the female experience of child-bearing throughout history,” she said.

In an article published by the American Journal of Physical Anthropology, Ms McFadden asserts that it was the 1990 study by MacLaughlin and Bruce that was flawed, not the long-trusted Phenice method.

“There was something off about this one study. All other investigations of the Phenice method got really glowing results where this one study didn’t,” she said.

“Subsequently it’s been referenced as a caution on the use of the Phenice method on any skeletal material.”

McFadden took a close look at MacLaughlin and Bruce’s study and concluded that they made an error.

“I was looking over their tables and noticed they had three categories for sex – male, female and ‘ambiguous’. What was even more unusual is that they assigned ambiguous as being incorrect,” she said.

McFadden said this classification accounted for the unexpected results and she hoped her work gives people the assurance that the Phenice method does work.

“We can say confidently that it does achieve between 85 and 100 percent correct classification rate,” she said.