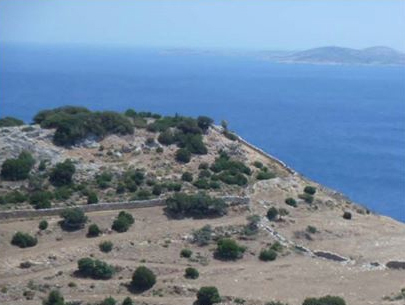 The Southeast Naxos Survey 2015 project (BSA in collaboration with the Ephorate of Cyclades) urgently needs 5 more volunteers for the period 5-24 October 2015. All expenses are covered. Here is the announcement:

Due to several late withdrawals, we urgently need five more volunteers to join the Southeast Naxos Survey, arriving preferably on Kouphonisi on Saturday 3rd October, staying for three weeks in hotel accommodation. All expenses are covered.

An important Early Bronze Age settlement and sanctuary on the now uninhabited Cycladic island of Keros was examined by excavation in 2006-2008, and by surface survey in 2012-2013. A new project in 2015 has begun with surface survey on the neighbouring, much larger island of Naxos. The aim is to understand the maritime hinterland of the Keros sanctuary, and to reconstruct the settlement network in Naxos in the Early Bronze Age and in later times. This will be followed by new excavations at Keros in 2016.

The work in 2015 is divided into two three-week seasons. The first ends on 2 October. We seek volunteers for survey from 5 to 24 October (inclusive, preferably arriving on Kouphonisi on 3 October). We shall be based on the nearby island of Kouphonisi and travel daily by caique to Naxos. The daily schedule involves (sometimes strenuous) walking to the day’s survey zone, then structured survey over the area. Areas of interest, identified through surface features and remains of material culture, will be further surveyed in a more intensive fashion. The focus will be on the southern coast of Naxos, between the areas of Panormos, Spedos and Kallandos. You will learn field prospection methods, recording, and material culture recognition and analysis. In addition there is usually a small seminar series on the prehistoric Cyclades, the project and the specialisms of those present. Accommodation and substistence will be organized by the project.