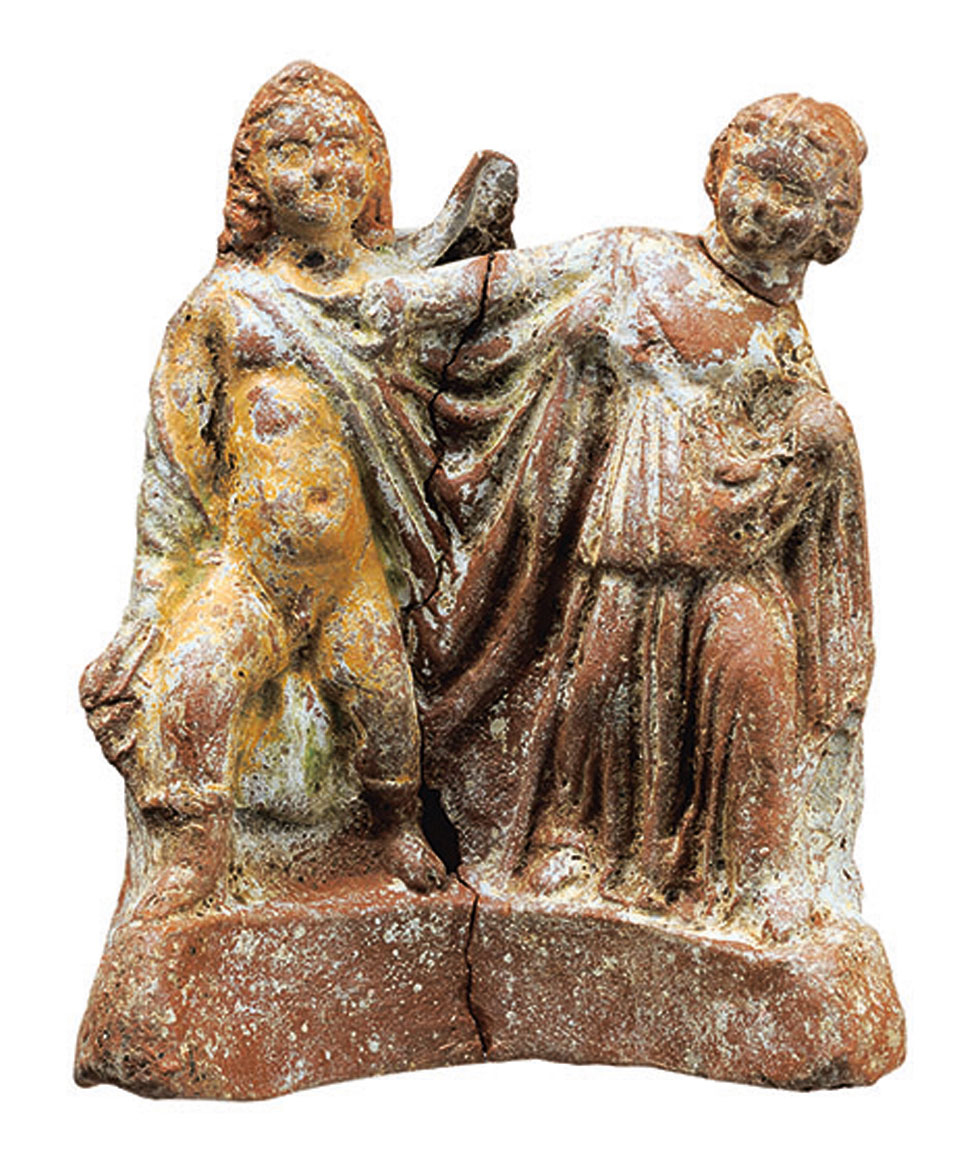 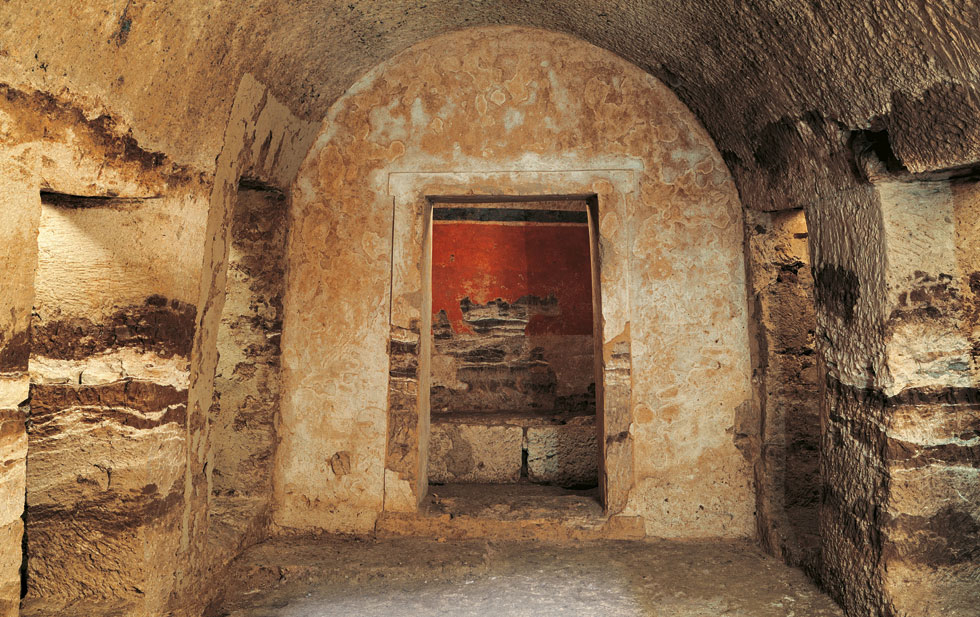 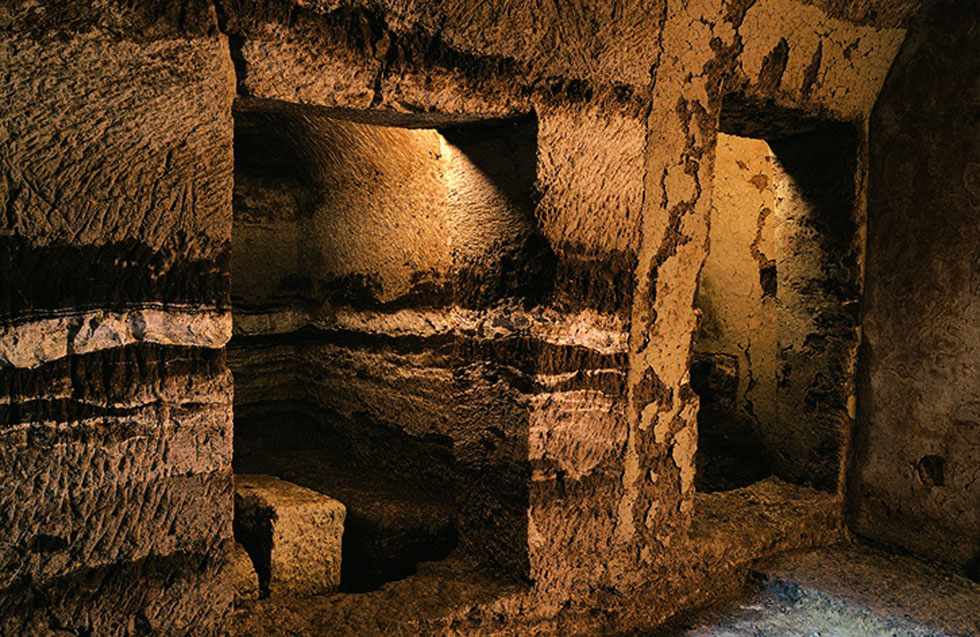 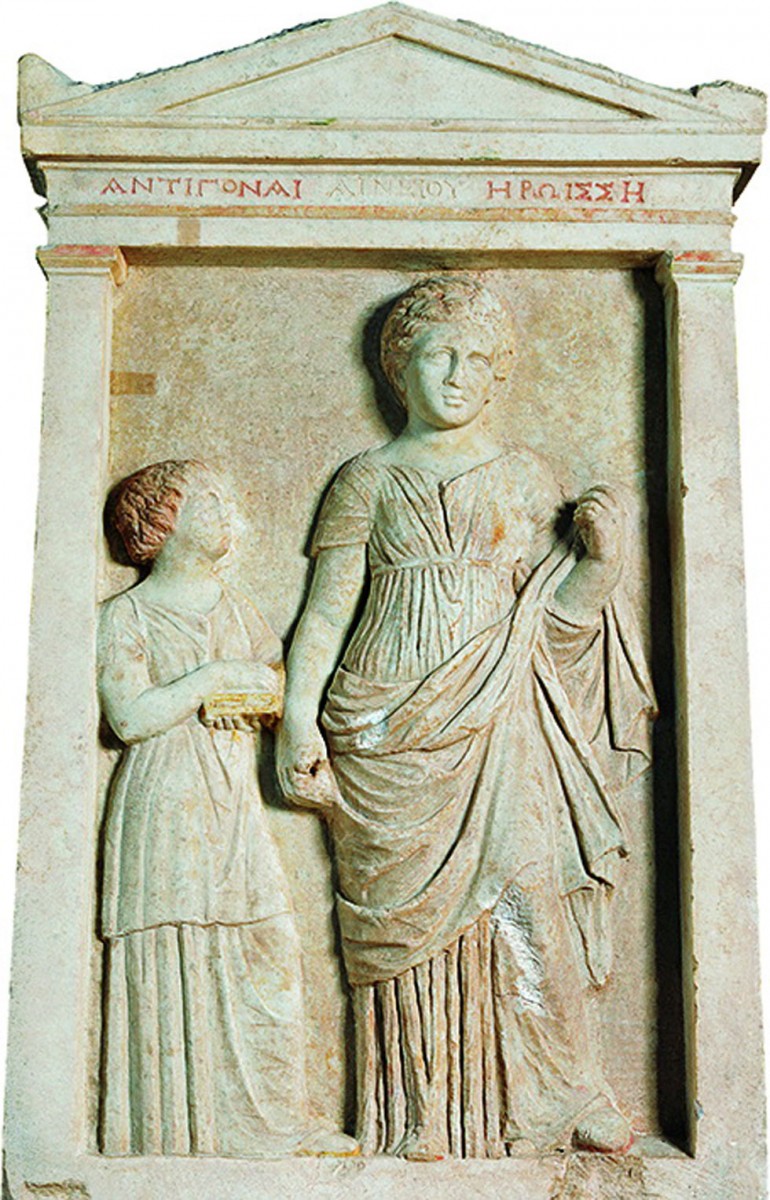 The imposing eight-chambered family tomb found in 2005 in ancient Pella, the largest rock-hewn chamber tomb in Greece, will be opened to the public until November.

The unique tomb, located before the archaeological site of Pella, on the way to the Archaeological Museum, contains multiple burials dating to the early Hellenistic period and was used continuously from 4th BC to 2nd BC).

‘It’s a very particular type of Macedonian Tomb, carved into soft rock, very impressive and quite moving. The lighting inside is such that it gives the impression of the descent into Hades,’ says the Head of the Ephorate of Antiquities in Pella, Elizabeth Tsigarida. ‘An eight chambered tomb is quite unique for Macedonia, where we useally find tombs with one or two chambers, and very rarely with three-chambers. Even then the third chamber is often a later addition,’ says the head of the excavation, Maria Lilimpaki-Akamati.

The tomb’s entrance leads to a central rectangular chamber. Openings in the walls of this central chamber lead to seven smaller antechambers, which resemble early Christian catacombs. The chamber walls are decorated with bands of coloured plaster – black, blue, red and white – while the upper part of the walls and ceiling are painted white.

The tomb had been looted  several times in the past, but archaeologists were able to recover numerous artefacts: three inscribed marble stelae, numerous clay vessels and figurines, the remains of a gold-plated wreath, copper coins and jewellery.

The most impressive find was that of a marble relief stele inscribed with the name ‘Antigone, daughter of Aeneas’, in the tomb’s dromos. ‘The stele probably stood on top of the burial mound. In the upper band of the peristyle is the inscription «ΑΝΤΙΓΟΝΑΙ ΑΙΝΕΙΟΥ ΗΡΩΙΣΣΗ» dating to the late 3rd-early 2nd century BC. Adjectives like ηρώισσα written against the names of the deceased to indicate their elevation to ‘hero’ are very common in the Hellenistic years,’ says Ms. Lilimpaki.

‘The relief depicts the deceased Antigone and her handmaid holding a jewelery box. The relief itself dates to the first quarter of the 3rd century BC, while the inscription appears to have been added sometime during the first half of the 2nd century BC,’ she adds.

As for the multiple burials in the tomb, Ms. Lilimpaki believes that they belonged to a wealthy local family. “However the skeletal remains are so poorly preserved that the number of the tomb’s occupants and their respective ages remains a mystery,” Ms. Lilimpaki explains.

However, the grave goods give some clues about the deceased and the time of their death. There are figurines which seem to have belonged to a child, suggesting the existance of some child burials in the tomb. Others have interesting iconographic compositions, depicting scenes of daily life, the theatre or rituals associated with cults of various deities, which was a growing trend in Hellenistic art. Other grave goods reveal the influence of Eastern religious practices on the residents of Pella.

‘The diversification of the funerary piers and the associated offerings clearly reflects the economic situation of the family that used the tomb and therefore can be linked to the economic decline of the Macedonian state from the second half of the 3rd century BC onwards,’ says the head of the excavation.