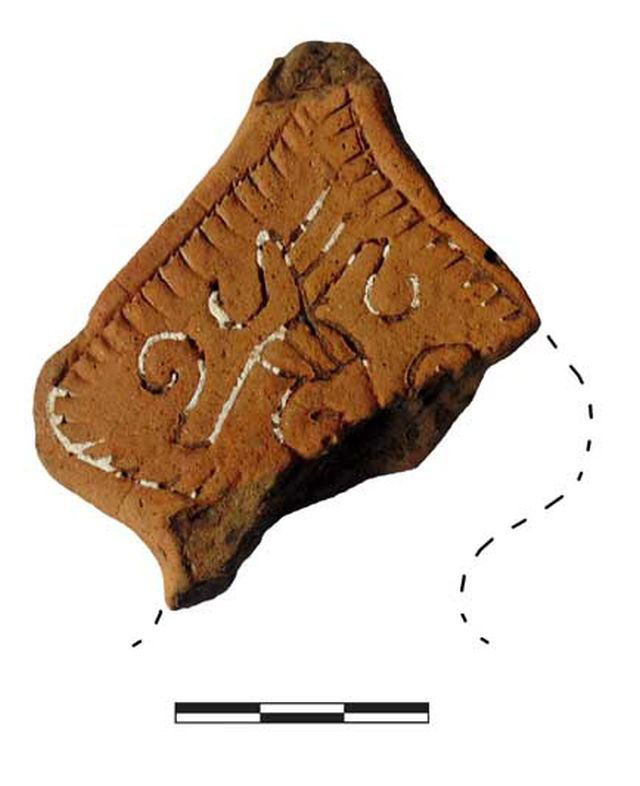 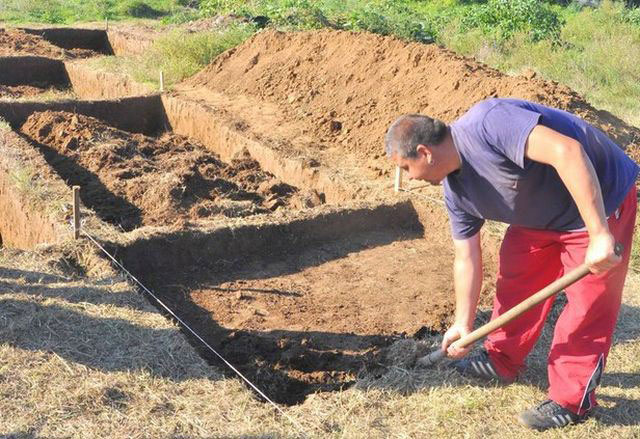 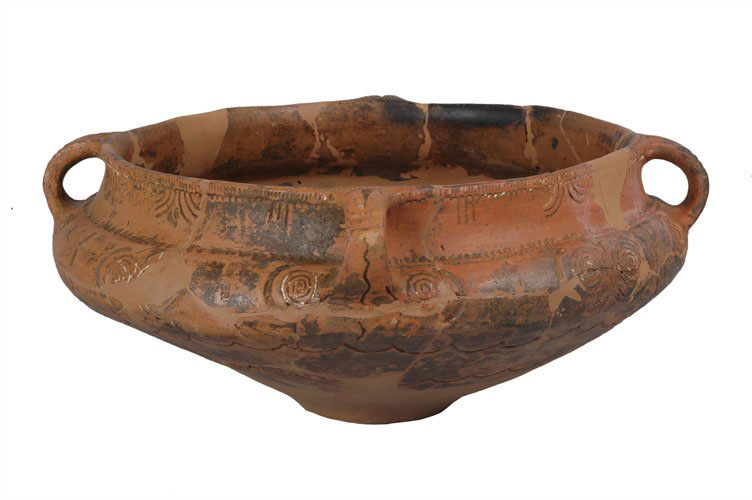 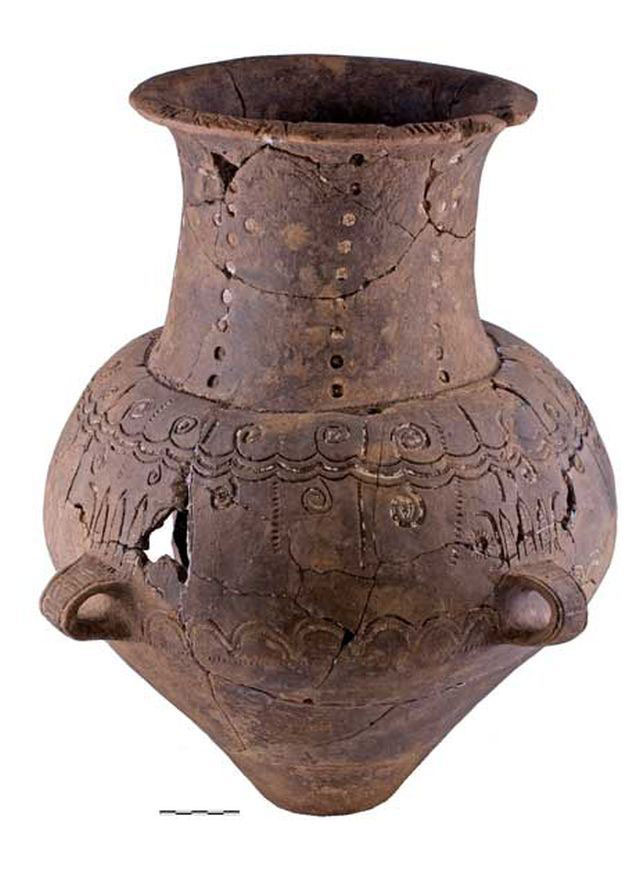 Over 40 ceramic artefacts have been unearthed

Excavations at a necropolis of a Late Bronze Age and Early Iron Age settlement have yielded a large number of encrusted ceramics from three distinct chronological stages.

The settlement which is near the town of Baley, Vidin District, in Northwest Bulgaria, dates to 1,600-1,100 BC. It was discovered in 1970 and was excavated for 18 years. In 2010 the necropolis was discovered accidentally by a local resident, while digging in his yard to build an outside toilet. Excavations have been ongoing ever since, and with the completion of the 2015 dig in the middle of October 10 graves have been discovered and explored, providing ceramic findings of the so called Culture of the Encrusted Ceramics of the Lower Danube. The culture was named after the numbered ceramic artefacts found in the western part of the Lower Danube valley, encrusted with ornamental motifs. The white paste used to produce the motifs was made by mixing crushed animals bones with glue.

Among the encrusted pottery found in sites from this civilization, which is unique compared to other cultures, there were household vessels, idols, artefacts used by women, and zoomorphic child toys.

In the last excavations researchers have unearthed over 40 ceramic vessels, including about 25 urns. All of the artefacts are more than 3,000 years old. One of the most interesting artefacts found is a 25 cm ceramic statuette with engraved decoration. According to Nikolay Kazashki from the Vidin Regional Museum of History, head of the expedition, in only one of the graves archaeologists found 16 ceramic vessels, among which funeral urns.

The excavations are led by Assist. Prof. Georgi Ivanov, and consulted by Assoc. Prof. Stefan Alexandrov, both of whom are from the National Institute and Museum of Archaeology in Sofia.