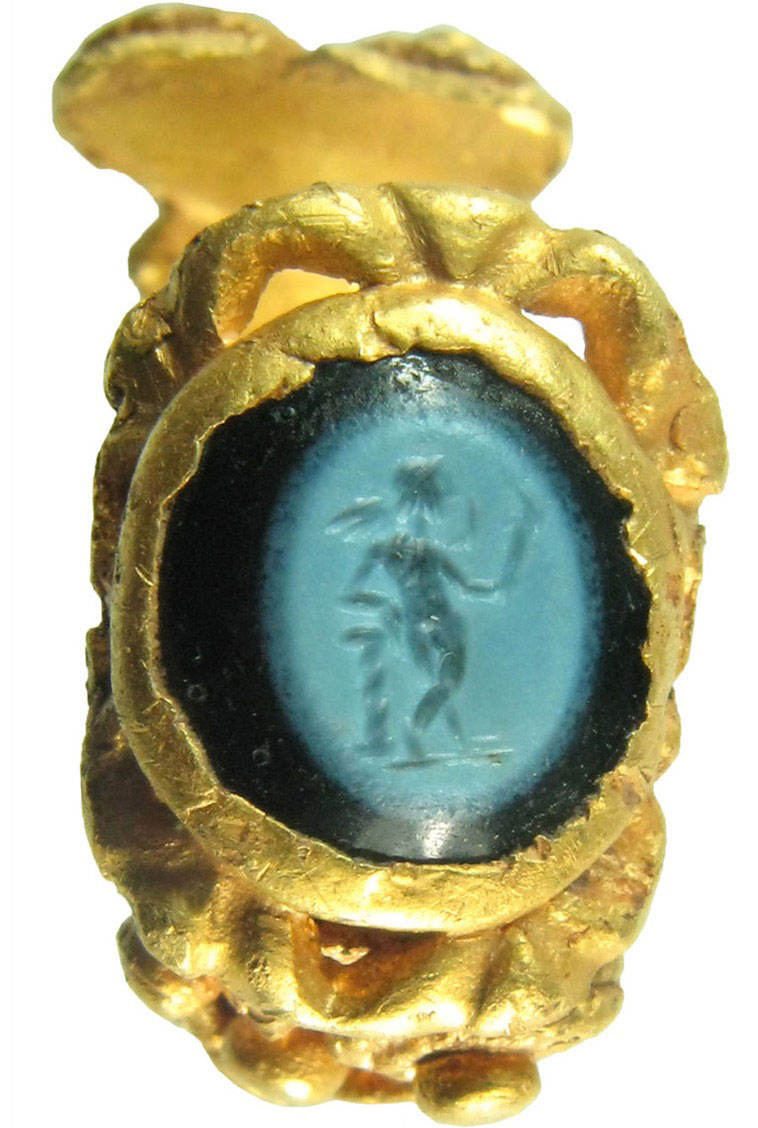 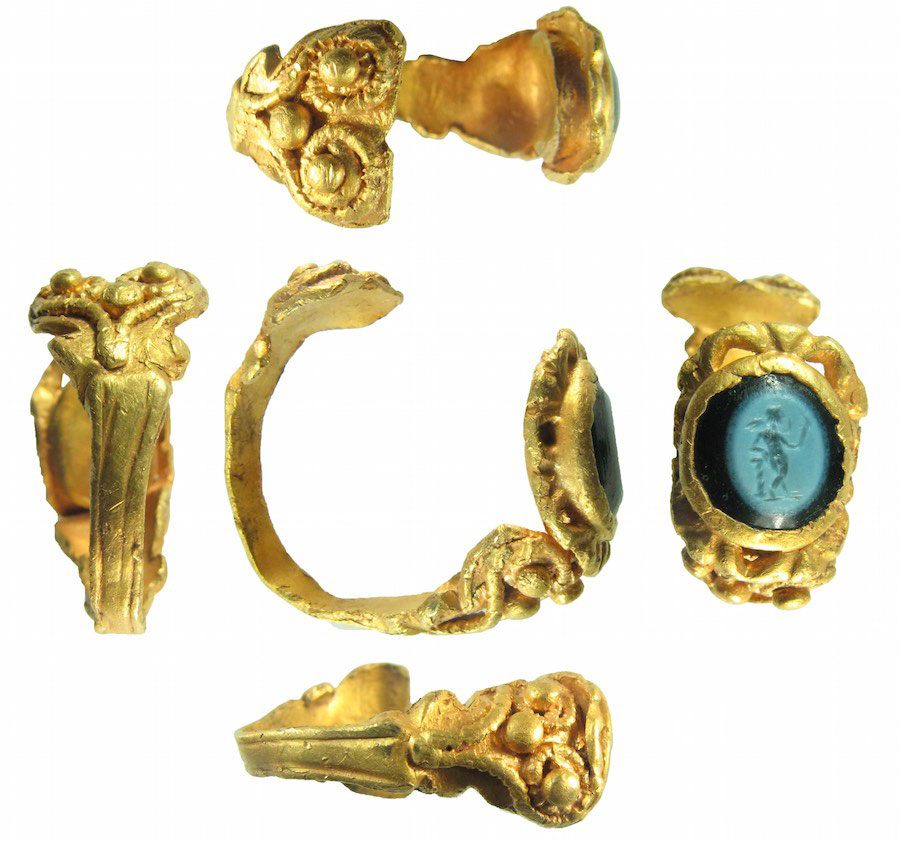 Roman ring depicting cupid to be put on display

It was found in a village in UK

A 1,700-year-old Roman gold ring with a stone bearing an engraving of Cupid found in a village in the UK will be put on display. The ring was initially discovered at the village of Tangley by someone using a metal detector, in December 2013. Then the finding was  reported to the Portable Antiquities Scheme.

The ring is made of gold and bears intricate carvings. On its stone there is an engraving of Cupid, standing completely nude and holding a torch. The ring dates back at the time when the Roman Empire ruled England. The stone is made of nicolo, a type of onyx dark at the base and bluish at the top.

According to archaeologists, the figure is identified as cupid due to the short wings sprouting from its shoulders. The figure is shown with one arm on a column. Its design leads scientists to believe it was created around the 4th century AD.

Hampshire Museums Service has acquired the ring, which will be put on display at the Andover Museum in Andover, U.K.