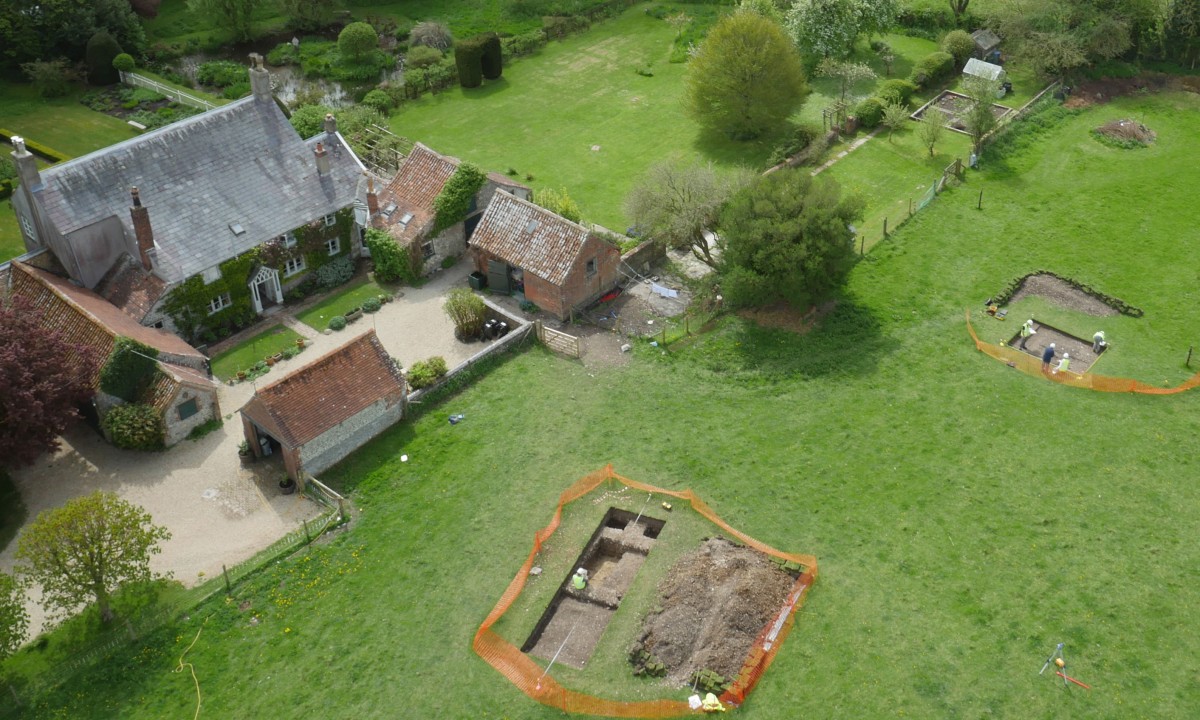 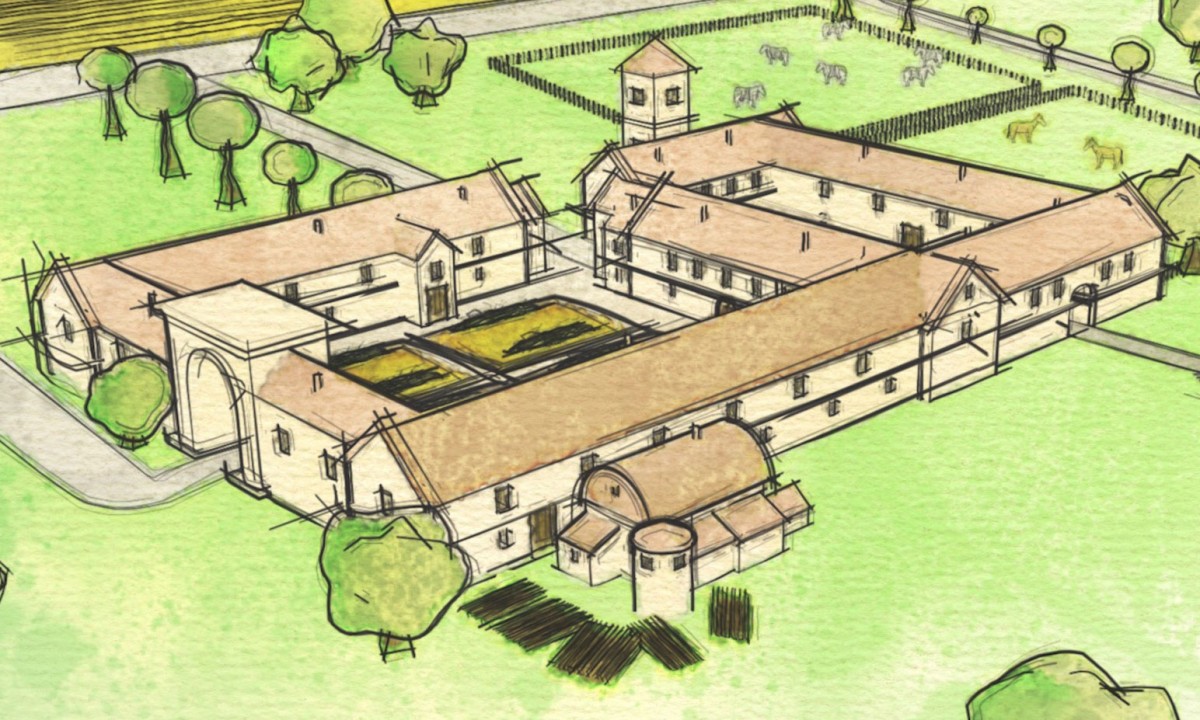 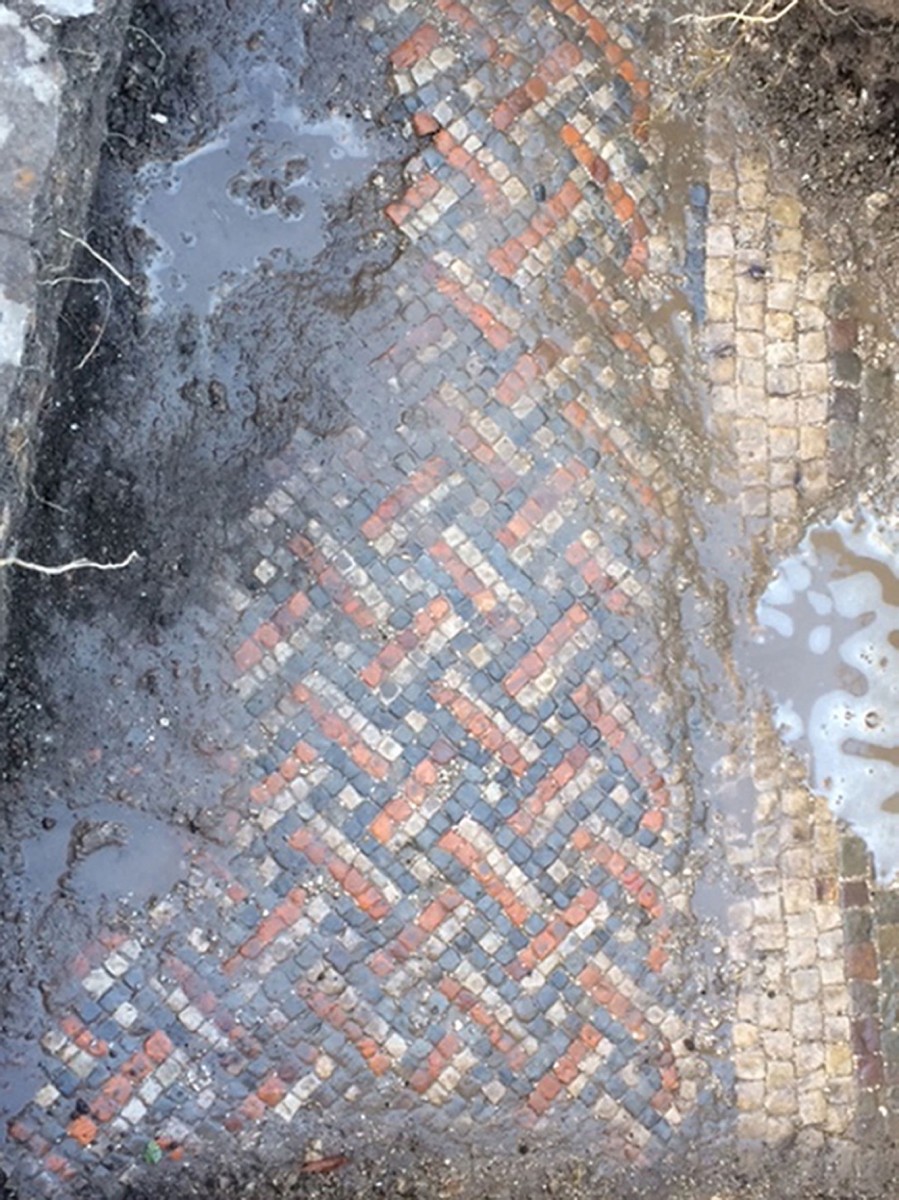 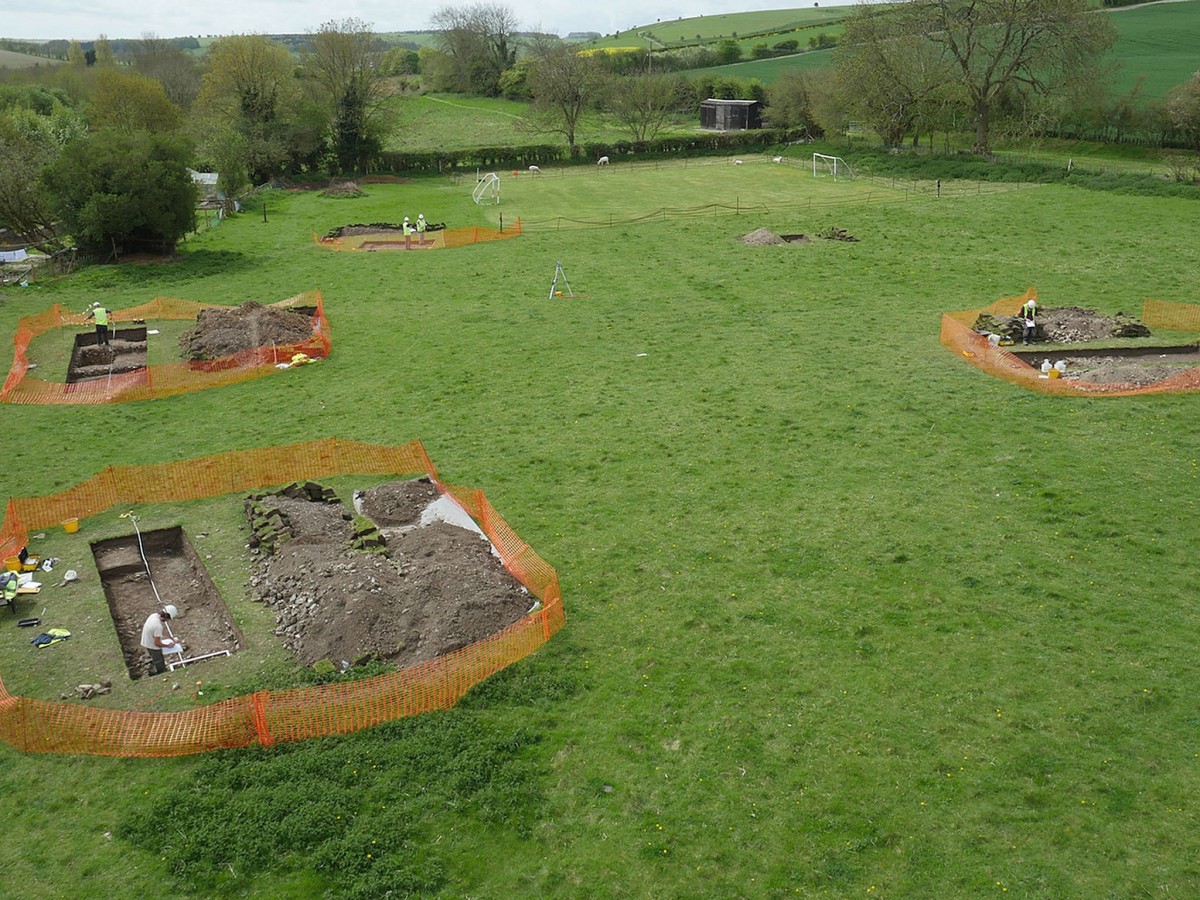 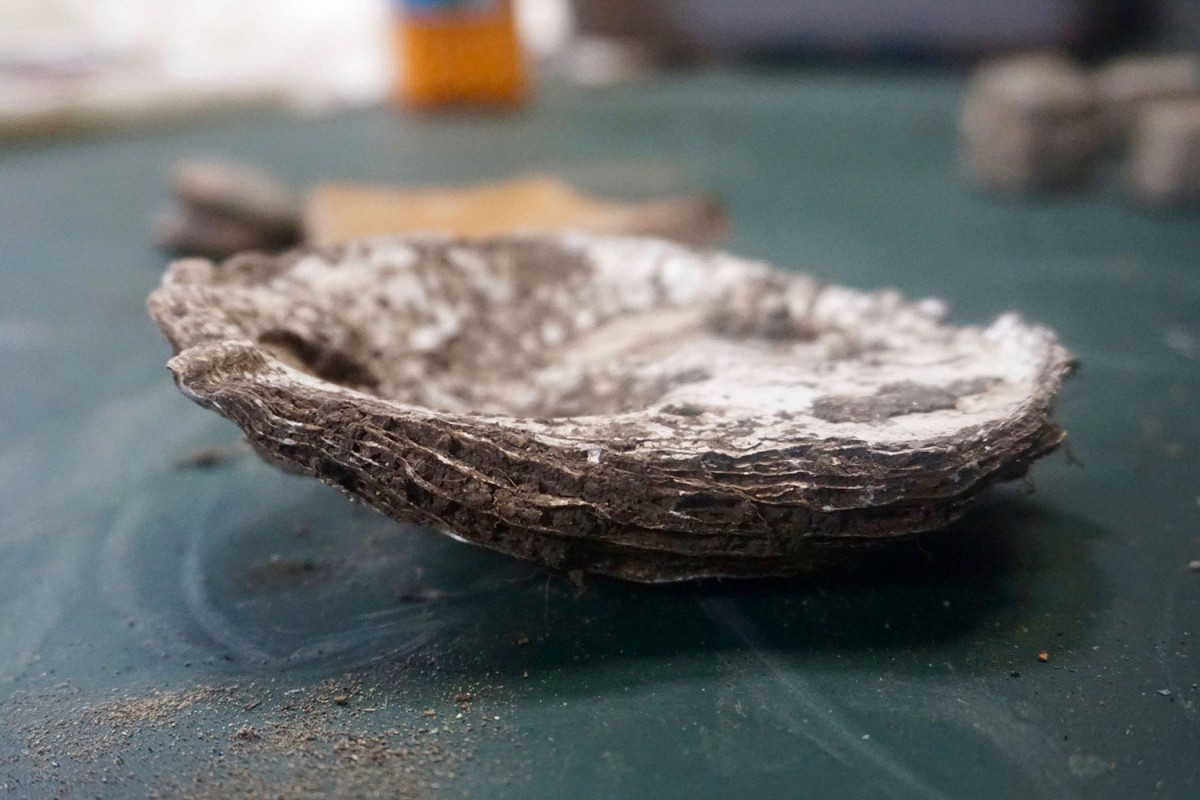 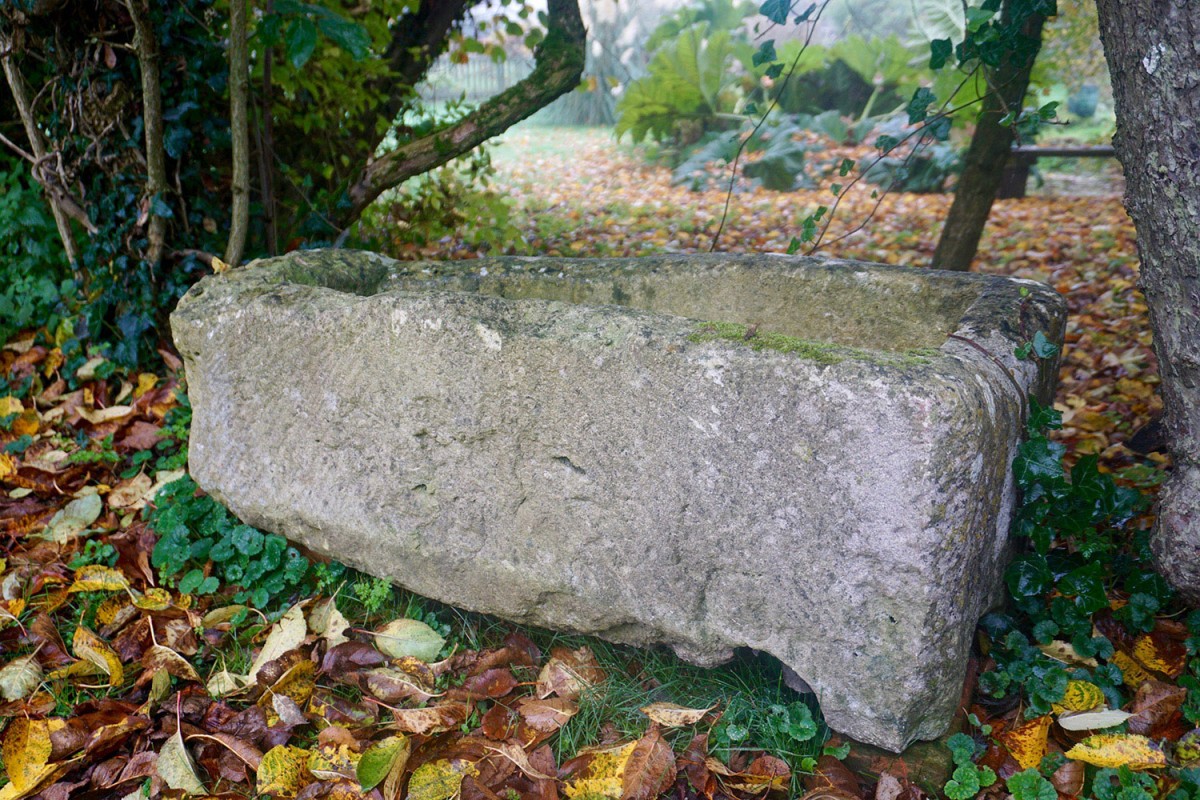 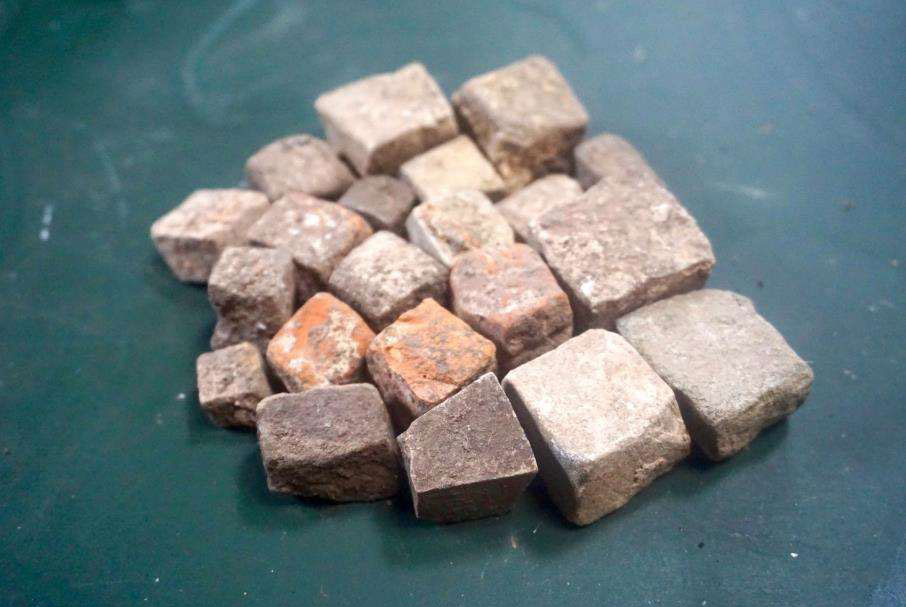 The remains are very well preserved

The remains of a Roman villa have been discovered under a Wiltshire home and its garden, when the owner tried to lay cables under the barn. Luke Irwin, a rug designer and owner of the house had planned to carry out some minor renovations about a year ago, but when workmen dug the ground, at about 18 inches depth, to lay the cables they stumbled upon a mosaic. The Wiltshire Archaeology Service was immediately summoned. Irwin sent them a picture of the mosaic and the next day archaeologists arrived to investigate the site from the Wiltshire Archaeology Service, Historic England and Salisbury Museum.

Earlier this month an eight-day excavation was carried out at the site and it has been confirmed that the mosaic is indeed part a of a Roman villa, initially constructed in 175-220AD and was remodelled at several occasions up until the 4th century. The site might have been reused in the 5th century evidence show.

Archaeologists believe that the villa had two courtyards and three storeys, since the walls are very thick, almost 1.5m high and 0.9m wide. A timber base on top of the walls leads to the assumption that a second storey of timber existed, with a stone tile roof. Among the artefacts found at the site there were oyster shells, stone roof tiles with nails still in place, a perfectly preserved Roman well and the stone coffin of a Roman child. The coffin was being used as a flower pot.

Volunteers from Salisbury Museum and Archaeological Surveys Ltd conducted geophysical surveys carefully recording the excavation. Then the trenches were backfilled so that the remains would be preserved.
The structures found in Wiltshire are similar to those found at Chedworth, suggesting that the villa could have belonged to a family of great wealth and importance.
After the Roman period, post-built timber structures were built within the part-ruined villa. These remains have the potential to open a window into a little known period of British history – between the start of the 5th century and the completion of Saxon domination in the 7th century.
The site will be further researched and excavated in the future to retrieve more information.