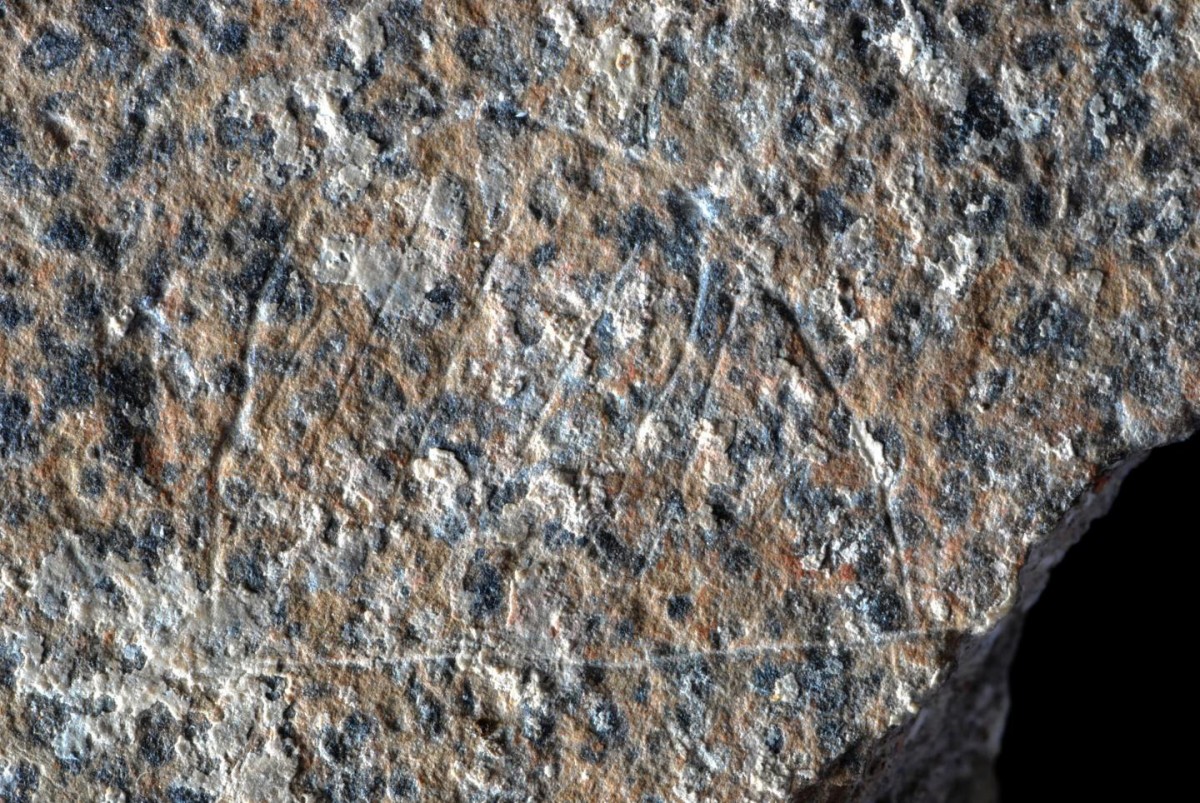 A 13,000 year-old engraving uncovered in Spain may depict a hunter-gatherer campsite, according to a study published December 2, 2015 in the open-access journal PLOS ONE by Marcos García-Diez from University of the Basque Country, Spain, and Manuel Vaquero from Catalan Institute of Human Paleoecology and Social Evolution – IPHES, Spain.

Manuel Vaquero suggests that this “paleolithic engraving from northeastern Spain brings us the first representation of a human social group.”

Landscapes and features of the everyday world are scarcely represented in Paleolithic art. The authors of this study analyzed the morphology, or shape, of an engraved schist slab recently found in the Molí del Salt site in Spain, dated to the end of the Upper Paleolithic, ca. 13,800 years ago. The schist slab has seven engraved semicircular motifs with internal lines arranged in two rows. Because of its shape and proportions, the authors have interpreted these motifs as huts. Microscopic and comparative analysis indicate that the seven motifs were engraved using a similar technique and instrument in a very short time.

The analysis of individual motifs and the composition, as well as the ethnographic and archeological contextualization, lead the authors to suggest that this engraving is a naturalistic depiction of a hunter-gatherer campsite. While scientists can’t be sure what the engraving depicts, the authors of this study suggest this engraving may be one of the first representations of the domestic and social space of a human group.