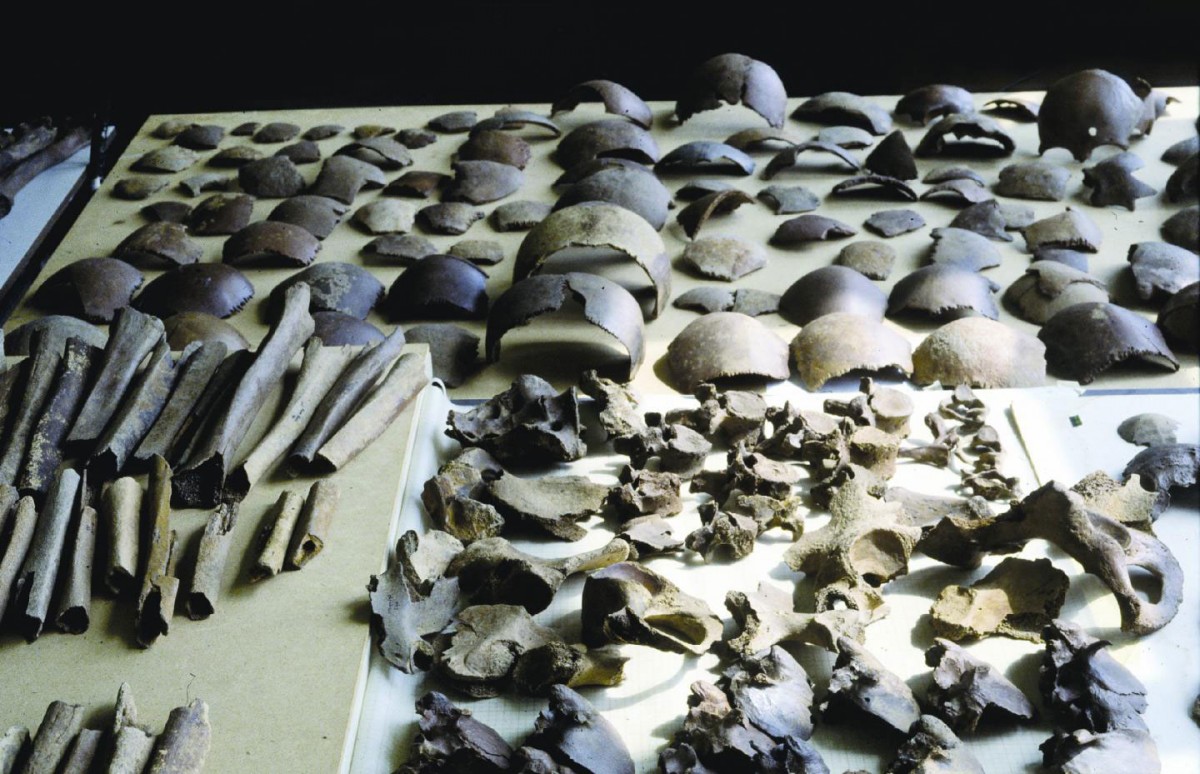 At a press conference held on Friday Dec. 11, 2015 in the Allard Pierson Museum in Amsterdam, archaeologist Nico Roymans from the Vrije Universiteit Amsterdam announced a discovery that is truly unique for Dutch archaeology: the location where the Roman general and statesman Julius Caesar massacred two Germanic tribes in the year 55 BC. The location of this battle, which Caesar wrote about in detail in Book IV of his De Bello Gallico, was unknown to date. It is the earliest known battle on Dutch soil. The conclusions are based on a combination of historical, archaeological, and geochemical data.

It is the first time that the presence of Caesar and his troops in Dutch territory has been explicitly proven. The finds from this battle include large numbers of skeletal remains, swords, spearheads, and a helmet. The two Germanic tribes, the Tencteri and the Usipetes, originated in the area east of the Rhine and had explicitly appealed to Caesar for asylum. Caesar rejected this request for asylum and ordered his troops to destroy the tribes by violent means. Nowadays, we would label such action genocide.

During the press conference, Roymans described in detail the discoveries made in Kessel (North Brabant) and their historical significance. He also showed weapons and skeletal remains from this battle.