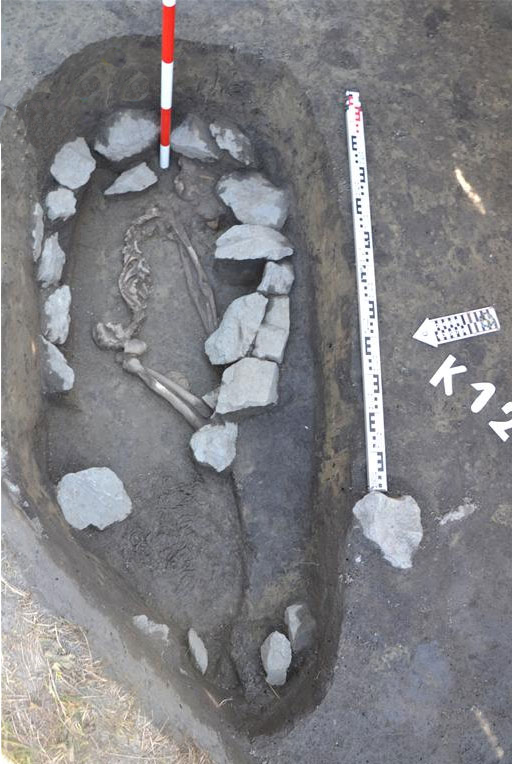 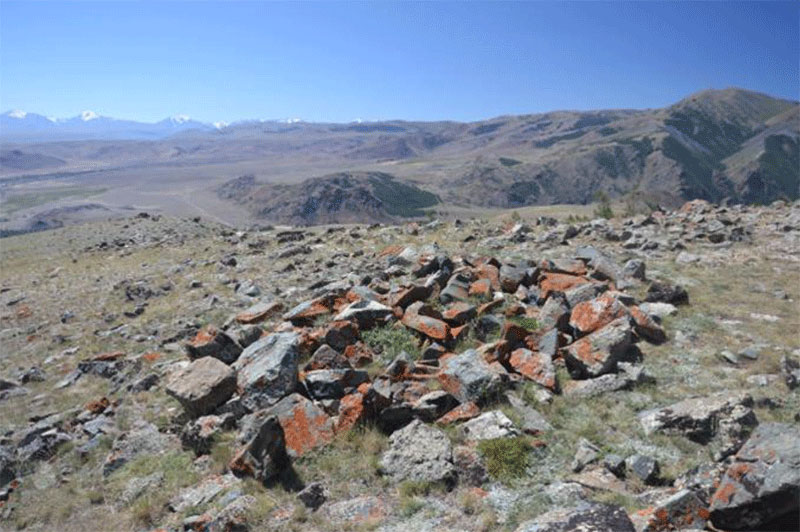 Burial sites of Scythian nomads in the North Altai

A necropolis consisting of over 100 mounds, in which Great Steppe nomads were buried 2500 years ago, has been studied by a Russian-Polish team of archaeologists in the vicinity of Mangerok in the North Altai in Russia.

“This year we conducted excavations within three mounds covered with stone embankments. Each mound contains a single skeletal grave. Unlike most objects surveyed in previous seasons, this time the graves almost completely lacked equipment,” said Łukasz Oleszczak of the Institute of Archaeology, Jagiellonian University in Kraków, who heads the Polish team in the project led by Prof. Andrei Pavlovich Borodovsky of the Siberian branch of the Institute of Archaeology and Ethnography of the Russian Academy of Sciences in Novosibirsk.

Barrows studied by an international team in Chultukow-Log form the largest ancient necropolis in the North Altai explored to date. Until now, scientists have studied more than 100 barrows. Buried in the tombs are nomads who inhabited the belt stretching from the Altai to the steppes of Eastern Europe from the fifth to the third century BC. According to the researchers, it is the cradle of Scythian, militant and nomadic cultural model. The Scythians terrorized eastern Europe 2,5 thousand years ago — traces of their invasions in the form of burnt settlements and characteristic three-cornered arrowheads made of bronze, are clearly visible also during excavations carried out in Poland.

“Just a few meters from one of the studied mounds we have found a fallen stone stele, oblong boulder with the function of a monument, referred to as balbal by Russian archaeologists. This type of installation often accompany sepulchral objects from the Iron Age in the Upper Altai,” said Oleszczak. In this cemetery they are located atypically — on the west side of the burial mounds, while balbals known from cemeteries located in the southern Altai were set on the eastern side of the mounds.

Archaeologists have also carried out minor excavations in the settlement accompanying the mounds. The settlement, however, is later than the mounds — it was inhabited by the representatives of the Maima culture approx. from the 2nd century BC. It is difficult to determine their ethnicity, but it is assumed that this community was under the influence of the Huns. During the excavations, archaeologists found several hundred fragments of pottery and bone tools. They also came across a hearth characteristic of this culture, built of stone slabs that form a square-shaped box.

A Polish team of archaeologists also ventured into the alpine terrain of the Altai, on the slopes of the Kurai ridge to verify the reports of geologist Dr. Yewheniy Deyev from the Institute of Geology and Geophysics of the Russian Academy of Sciences, Novosibirsk, about barrows supposedly present in the area. The scientist stumbled on mounds during geological prospecting.

“We recorded 16 mounds with perimeters reinforced with stone wreaths, some of which had slumped,” explained Oleszczak. Interestingly, the destruction occurred only during the last centuries, due to earthquakes, believes Dr. Deyev. Based on the construction and layout of the mounds archaeologists speculate that the mounds date back approx. 2500 years and were erected by the same community as the mounds near Mangerok.

“We hope that next season we will more precisely date the cemetery and through collaboration with geologists reconstruct the history of the alpine landscape of this area,” concluded Oleszczak.

This year’s research was conducted in July and August. A series of absolute C14 dating (i.e., in calendar years), allows researchers to more precisely determine the arrangements chronology of burial sites in Altai. They also plan to perform palaeobotanical research – the study of oxygen isotopes from bones of the dead buried in the cemetery, which may allow to determine the birthplaces of the dead.