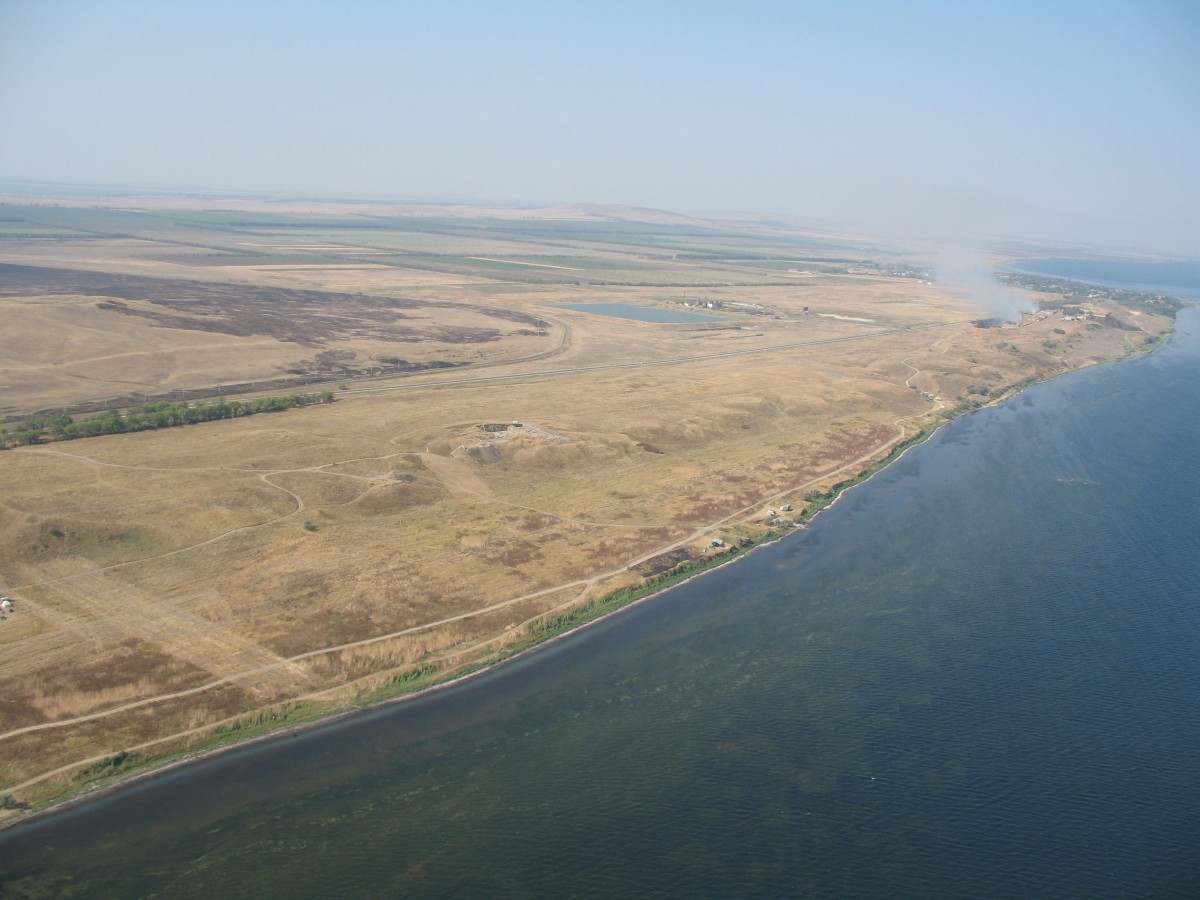 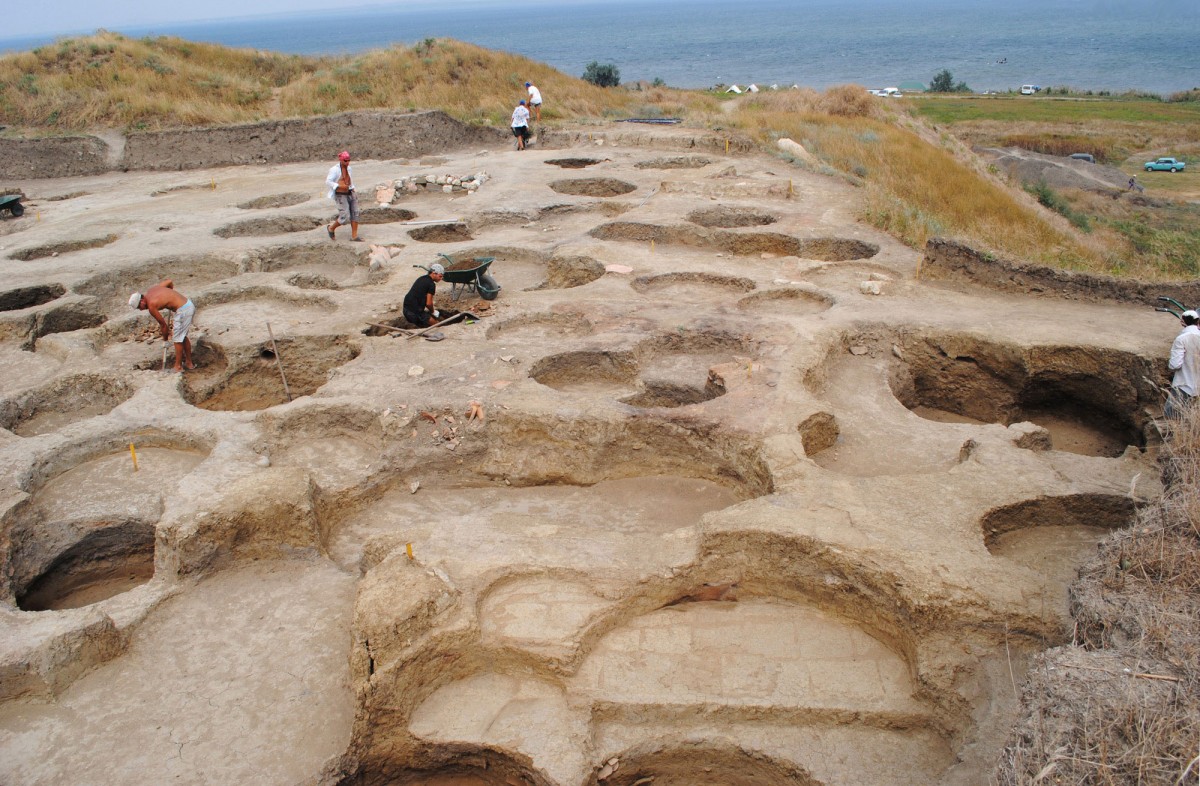 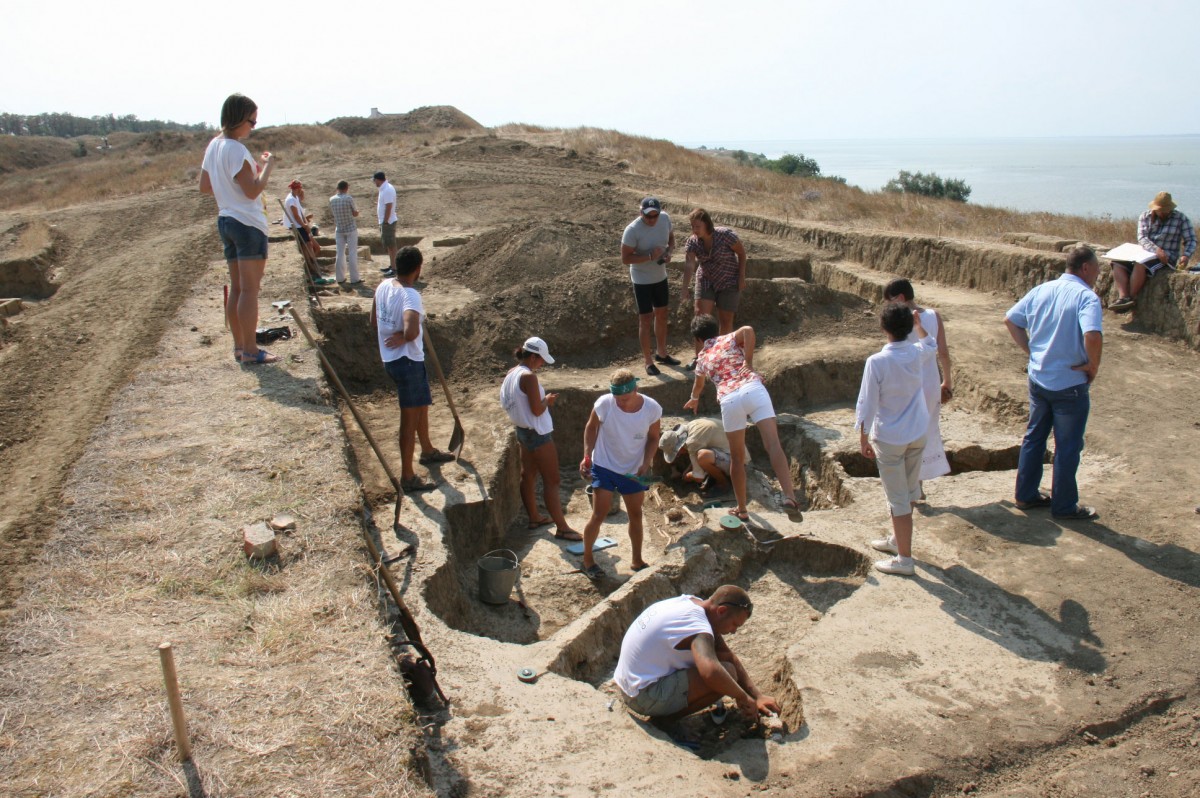 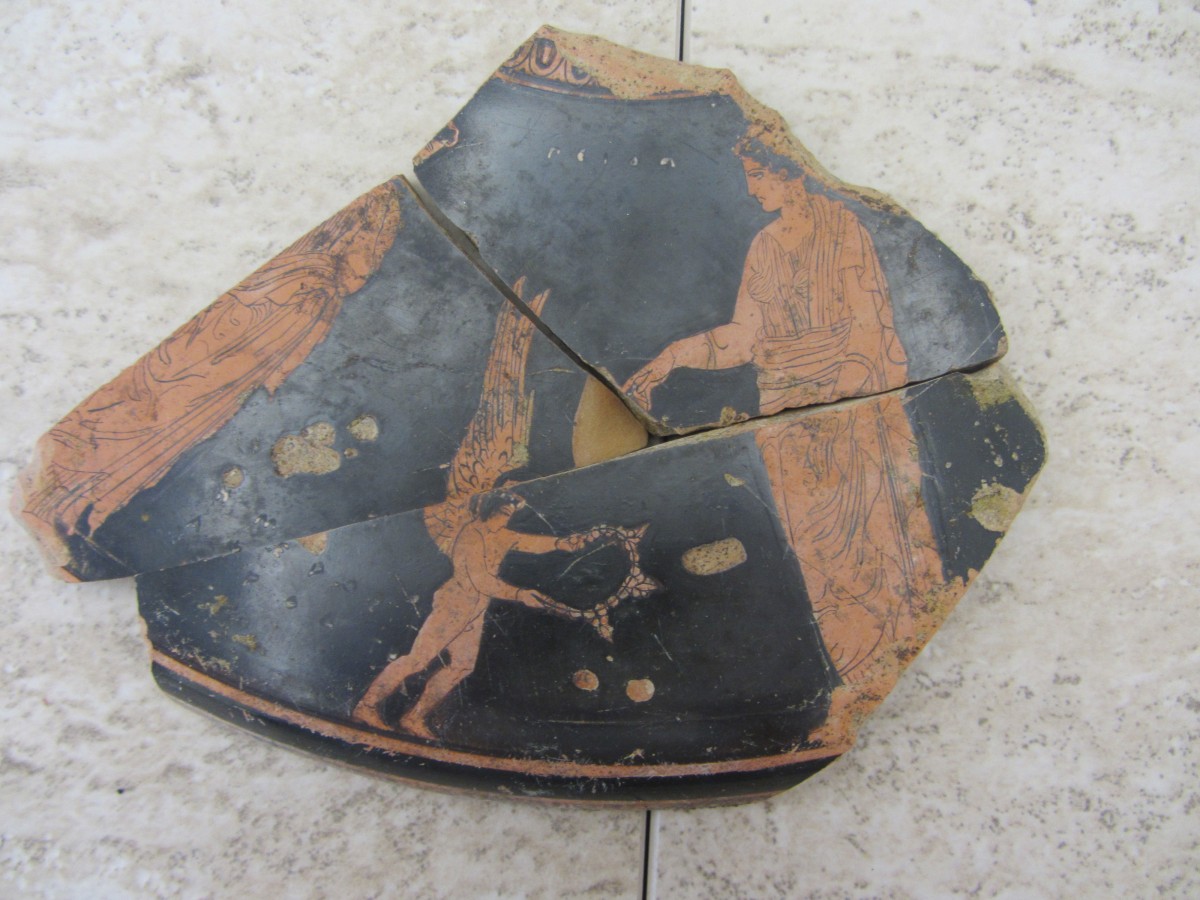 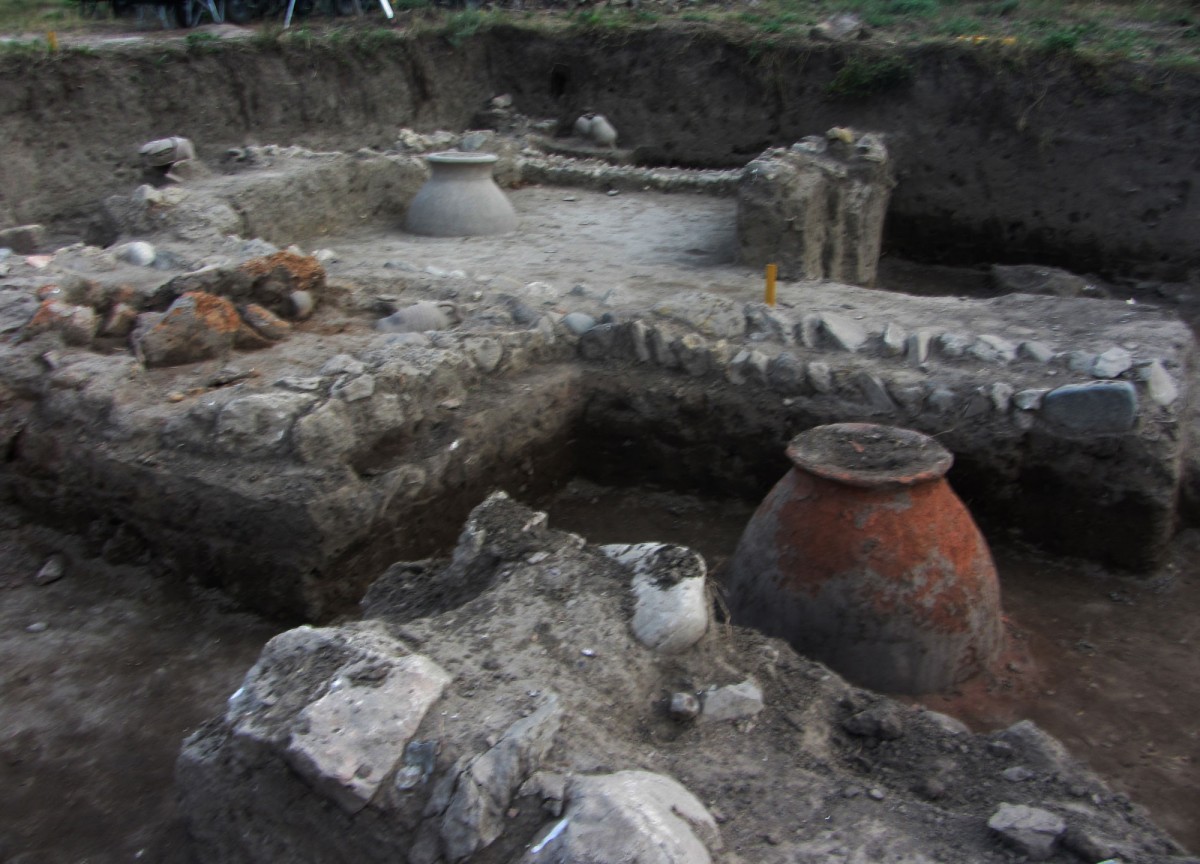 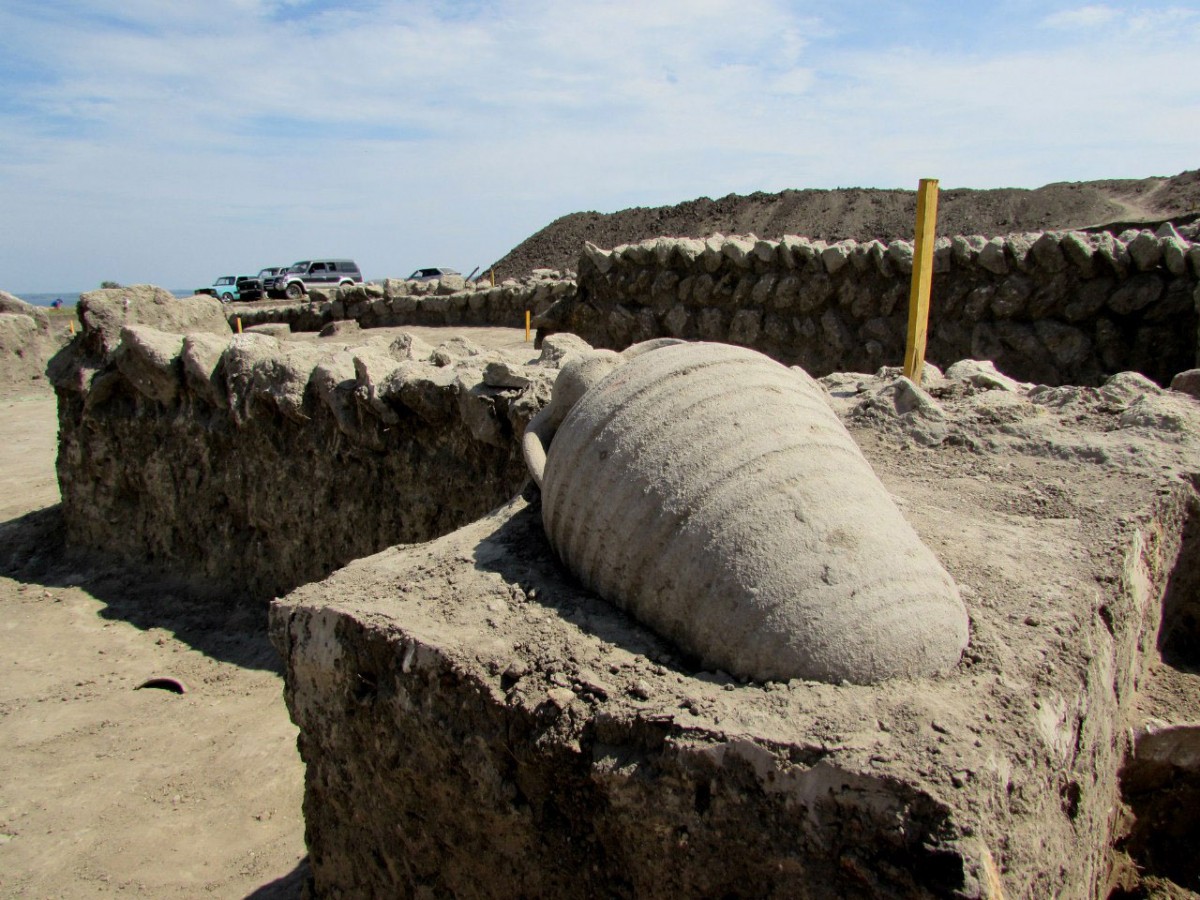 Darius I stele found in ancient town of Phanagoria in Russia

Darius I stele found in ancient town of Phanagoria in Russia by Oleg Deripaska Volnoe Delo Foundation and Russian Academy of Sciences’Institute of Archaeology researchers.

Oleg Deripaska Volnoe Delo Foundation and the Russian Academy of Sciences’ Institute of Archaeology have discovered fragments of a marble stele carrying an inscription of the ancient Persian King Darius I.

Found in the antique town of Phanagoria, in the Krasnodar region of Southern Russia, the stele is assessed to date back to the first half of the 5th century B.C. Archeologists doing excavations in the area say the find has good chances of becoming a world sensation. The stele with a signature in the name of Persian King Darius I was unearthed in the center of Phanagoria, the remains of an ancient Greek city near Crimea and the Black Sea during an archeological expedition that has been supported by Volnoe Delo Foundation since 2004.

The decoded inscriptions on the stele state someone made them in the name of the Persian King Darius I who lived from 550-486 B.C. The stele has an inscription in the ancient Persian language. The approximate assessment dates the find to the first half of the 5th century B.C. The text contains a word unregistered before and roughly interpreted as the place named Miletus, one of the biggest cities in Ionia, a region known as Asia Minor now. Miletus stood at the head of the so-called Ionian uprising of Greek city states against Darius I. It was suppressed in 494 B.C. Archaeologists believe the king put up a marble stele in the city after his victory over the Greeks. The monument had a text on it, reporting on the king’s triumph. Later on, a fragment of the overturned and broken stele got to Phanagoria – quite possibly, as ballast on a ship that called into the Phanagoria port, since there is no natural stone of the kind on the Taman peninsula. At present, the stele is undergoing scrutiny at the restoration laboratory of the Phanagoria Research and Cultural Center.

Darius I, a Persian ruler from the Achaemenian dynasty considerably expanded the territory of his country with the aid of wars against the Getae, Thrace, Lemnos, Imbros, and Macedonia. He was buried in the mausoleum built on the cliffs at Naqsh-e Rustam near Persepolis on his order and decorated with sculptures.

Apart from the stele, the archeologists have found in the acropolis the remainders of ancient fortress walls, which in itself is an important even in classical archeology. Vladimir Kuznetsov, who holds a Doctorate of Historical Sciences and the head of the Phanagorian expedition explains: “The inscription on the stele made in the name of King Darius I is evidently devoted to the crushing of the Ionian revolt. The discovery places Phanagoria in the context of one of the most important events of ancient history, which had far-reaching consequences for the Greeks as well as the Persians, and makes is possible to trace the connections of this colony with other parts of the Greek world and analyze its significance in advancing Hellenistic civilization on the Black Sea coast”

Volnoe Delo Foundation, one of Russia’s biggest privately-held charity funds run by a businessman and industrialist Oleg Deripaska, has supported research activities in the 2550-year-old city of Phanagoria since 2004. The Foundation has allocated over $10 million to Phanagoria fieldwork over the past 12 years. Now Phanagoria is one of the best equipped archeological expeditions in Russia with its own scientific and cultural center, up-to-date equipment for above-ground and underwater excavation and diverse team of specialists involved in the fieldwork.

Among the recent discoveries made at Phanagoria are remains of a palace of Mithradates VI dated the 1st century B.C., an ancient naval ram used by the army of Mithradates VI, a tomb with a stepped ceiling, an oldest temple unearthed on the Russian territory dating back to the 5th century B.C. and number of submerged objects e.g. ancient city’s streets covered with sand, Phanagoria’s port structures, ship debris. Excavation works cover several areas that include the 2,500-square-metre acropolis at the centre of the ancient city, the eastern necropolis, an ancient cemetery that served as a burial place from the very founding of the city, and a submerged part of the city. What makes the expedition unique is the mix of diversified specialists working together. Apart from archeologists and historians, there are anthropologists, soil scientists, paleozoologists, numismatists and other researchers. A complex approach to the study of Phanagoria’s cultural relics helps to restore the residents’ way of living, religious beliefs, economic cooperation, as well as their roles in military conflicts.