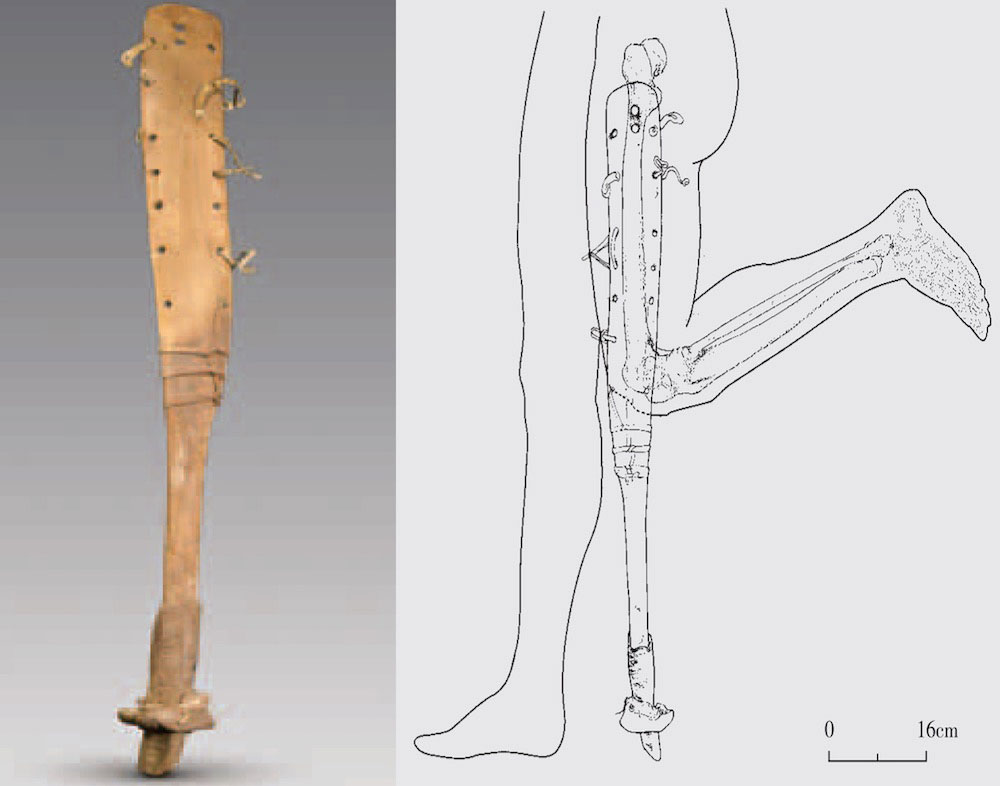 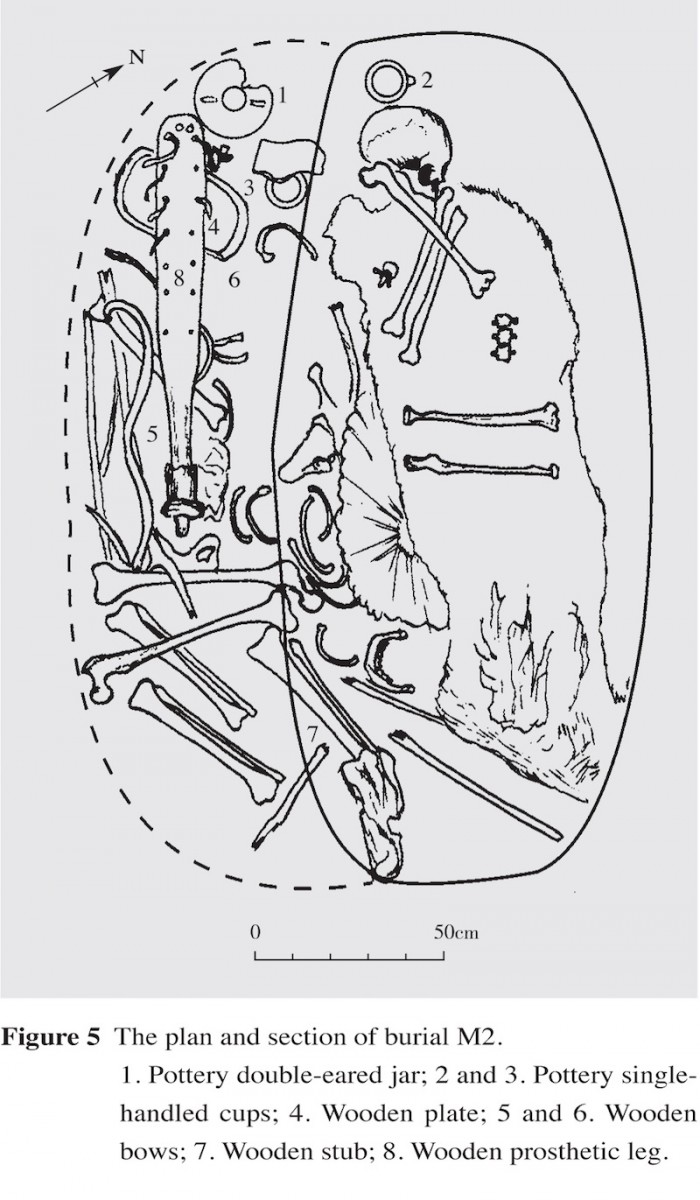 Belonged to a man with a deformed leg

A 2,200-year-old prosthetic leg was found in a tomb located near Turpan in western China.

The tomb contained the remains of a man and a younger woman, reports Live Science. The man had a deformed knee attached to the prosthetic leg tipped with a horse hoof.

“The excavators soon came to find that the left leg of the male occupant is deformed, with the patella, femur and tibia [fused] together and fixed at 80 [degrees],” archaeologists wrote in a paper published in the journal Chinese Archaeology.

The prosthetic leg was made of poplar wood. Seven holes along its two sides and leather tapes would have served to attach it to the deformed leg. “The lower part of the prosthetic leg is rendered into a cylindrical shape, wrapped with a scrapped ox horn and tipped with a horsehoof, which is meant to augment its adhesion and abrasion,” the archaeologists wrote. “The severe wear of the top implies that it has been in use for a long time,” they added.

The man who used the prosthetic leg was between 50 and 65 years old at the time of his death.

According to two other studies published in the journals Bridging Eurasia and Quaternary International, the bones of the man’s left knee had fused together. The cause of this odd fusion might have been an inflammation in the joint due to rheumatism or trauma.

The man was buried with modest grave goods, such as ceramic cups, a jar, a wooden plate tec. The 20-year-old woman was put in the grave sometime after the man had died. Whether the man and the woman were acquainted or what relationship they had remains unknown.

The grave is one of 31 excavated at the Shengjindian graveyard, situated about 35 km east of modern Turpan city. The graves were excavated there in 2006-2008.