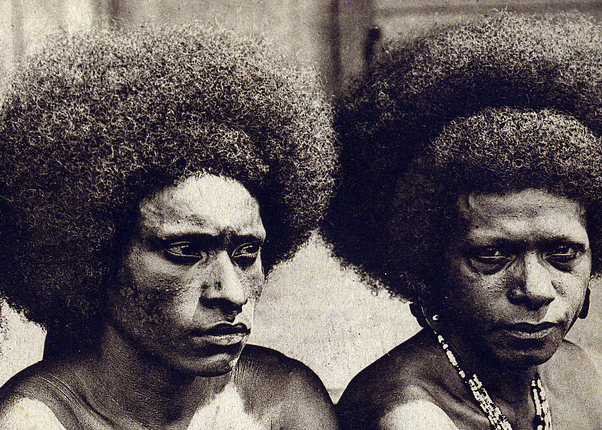 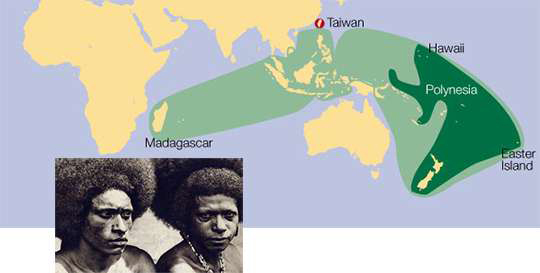 New research into the origins of the Austronesian languages

The languages known as Austronesian are spoken by more than 380 million people in territories that include Taiwan, Malaysia, Indonesia, the Philippines, Madagascar and the islands of the Pacific. How did the population¬s of such a large and diverse area come to share a similar tongue? It is one of the most controversial questions in genetics, archaeology and anthropology. The University of Huddersfield’s Professor Martin Richards belongs to a team of archaeogenetic researchers working on the topic and its latest article proposes a solution based on what has been the most comprehensive analysis so far of DNA from the region.

The long-established theory – based on archaeological, linguistic and genetic evidence – is that the development of rice farming in mainland China spread to Taiwan, where the languages later known as Austronesian developed. From, here the population and their language spread outwards throughout the region, some 4,000 years ago.

But detailed analysis of genetic data shows a more complex picture, because the mitochondrial DNA found in Pacific islanders was present in Island Southeast Asia at a much earlier period, casting doubt on the dominant “Out of Taiwan” theory. Professor Richards and colleagues have been researching the issue since the 1990s and have played a central role in developing an explanation based on climate change after the end of the Ice Age – some 11,500 years ago – causing a rise in sea levels and a massive transformation in the landscapes of Southeast Asia and the Pacific.

This would in turn lead to an expansion from Indonesia some 8,000 years ago, resulting in populations throughout Island Southeast Asia and the Pacific islands that shared the mitochondrial DNA and Y-chromosomes that have now been analysed in great quantity by Professor Richards and his co-scientists.

But what about the linguistic factor? The various branches of the Austronesian language can be traced back to a Taiwanese original, and DNA analysis does show that there was some expansion from Taiwan, about 4,000 years ago. But this accounted for a minority of the whole region’s population – no more than 20 per cent. An explanation for the spread of the language was that these Taiwanese migrants came to constitute an elite group, or became associated with a new religion or philosophy, according to Professor Richards.

The new article is Resolving the Ancestry of Austronesian-speaking populations in the journal Human Genetics. It describes in detail the large-scale analysis – including 12,000 mitochondrial sequences – carried out by Professor Richards and his colleagues, with his former PhD student Dr Pedro Soares, now of the University of Minho in Portugal, playing a key role. The article’s co-authors also include Dr Maria Pala, a Senior Lecturer in Huddersfield’s Department of Biological Sciences and member of the University’s Archaeogenetics Research Group.

Further articles exploring the Austronesian issue are in the pipeline, said Professor Richards. They will describe a more detailed analysis of the mitochondrial DNA lineages plus a comprehensive whole genome analysis, across both island and mainland Southeast Asia.