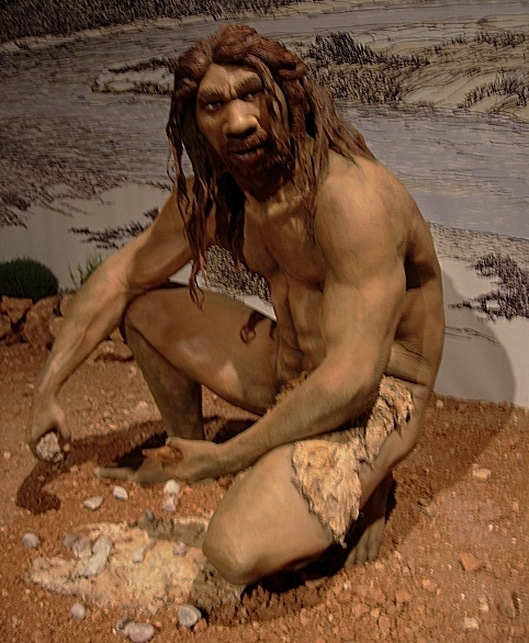 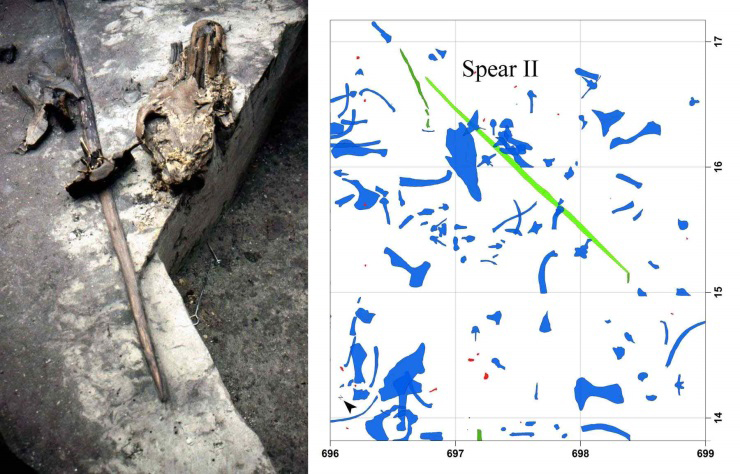 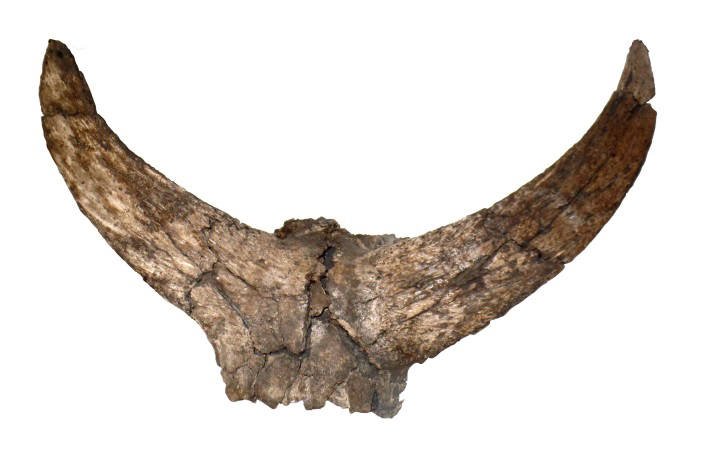 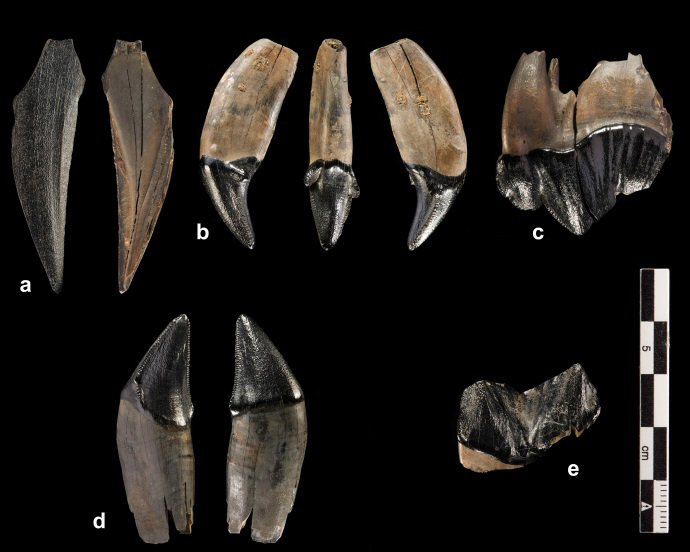 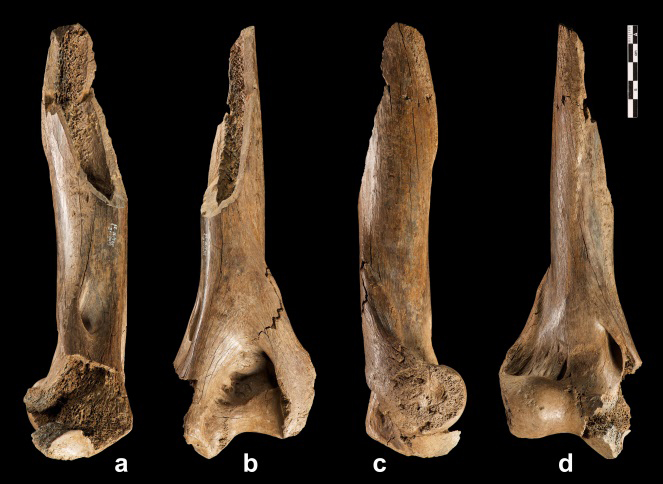 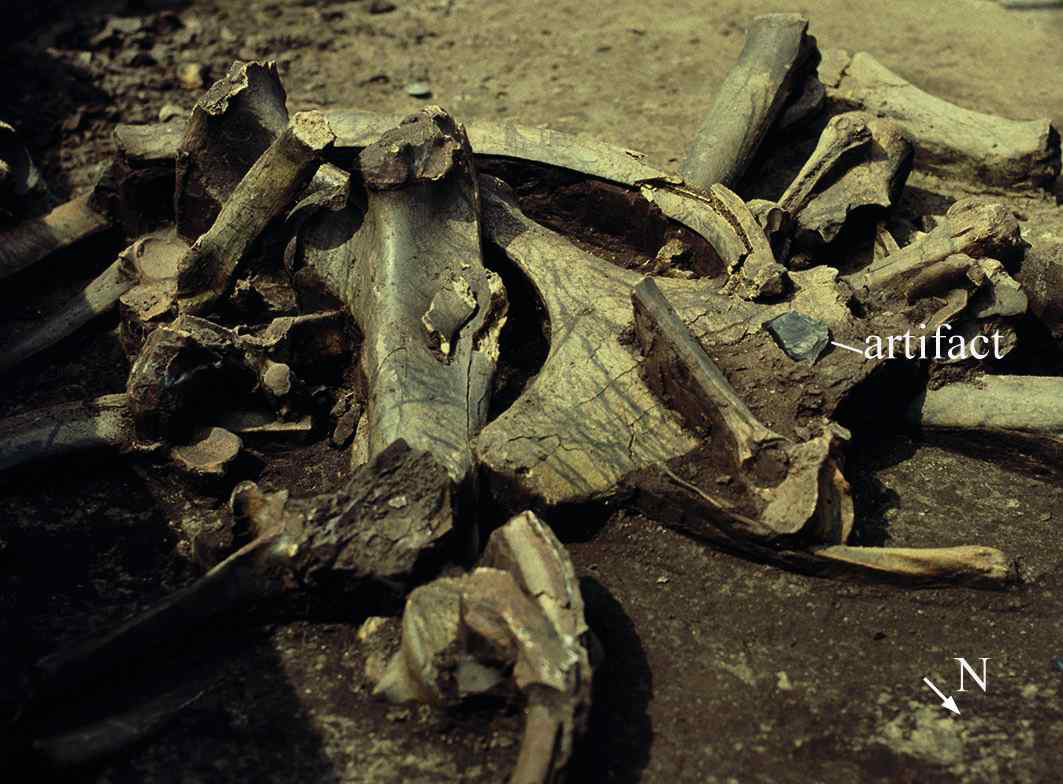 Hominins of the Lower Paleolithic are much more like modern humans than was previously thought. By 300,000 years ago, Homo heidelbergensis in Schöningen used highly sophisticated weapons and tools.

The hominins at Schöningen lived in social groups that practiced coordinated group hunting, a division of labor, and were able to communication about the past, present and future. These are cultural traits that archaeologists typically attribute to modern humans.

The excavations in the open-cast coal mine in Schöningen running from 1994 until today show that we have long underestimated the cultural capacities of Homo heidelbergensis. Schöningen is a key site for documenting both a high resolution record of past climatic change and how hominins lived in northern Europe during the Ice Age. Since 2008 Professor Nicholas Conard and Dr. Jordi Serangeli of the University of Tübingen have led the excavations with a major international research team in close cooperation with the Cultural Heritage Office of Lower Saxony.

A landmark special issue of the leading international publication Journal of Human Evolution presents all of the results from the long-research excavation in Schöningen. Papers in the volume address the importance of the many well preserved spears and wooden artifacts found at Schöningen. This assemblage of wooden tools is unique in terms of its great age and diversity. Papers present the stone tools and many newly discovered bone tools from Schöningen that greatly expand our knowledge of the material culture of the Lower Paleolithic. The research demonstrates that many animals, most notably large and fast Ice Age horses, were repeatedly killed and butchered on the marshy shores of a former lake, thereby demonstrating a high level of social and economic
coordination and sophisticated forms of communication 300,000 years ago. The many artifacts made from bone include a hammering tool made from the humerus of a sabertooth cat (Homotherium latidens). This find is the only one of its kind every recovered.

A particularly fascinating discovery is that there is no firm evidence for the controlled use of fire at Schöningen. Previous observations suggested that Schöningen offered key examples for the early use of fire. Researchers from Tübingen used innovative methods (Mikromorphologie, Fourier- Transformations-Infrarotspektrometer, organische Petrologie und Thermolumineszenz) to refute this claim. Professor Christopher Miller of Tübingen University and the Senckenberg Centre for Human Evolution and Palaeoenvironment (HEP) argues: “The findings from Schöningen suggest that archaic humans may have been able to survive in the Ice Age landscape of northern Europe without being able to make and control fire.”

“The unique preservation and high quality excavations have led to a major paradigm shift or ‘Schöningen Effect’ that changed our views of human evolution during the late Lower Paleolithic”, states Nicholas Conard, head of the research team and of the Department of Early Prehistory and Quaternary Ecology of the University of Tübingen and member of the Senckenberg Centre for Human Evolution and Palaeoenvironment (HEP).