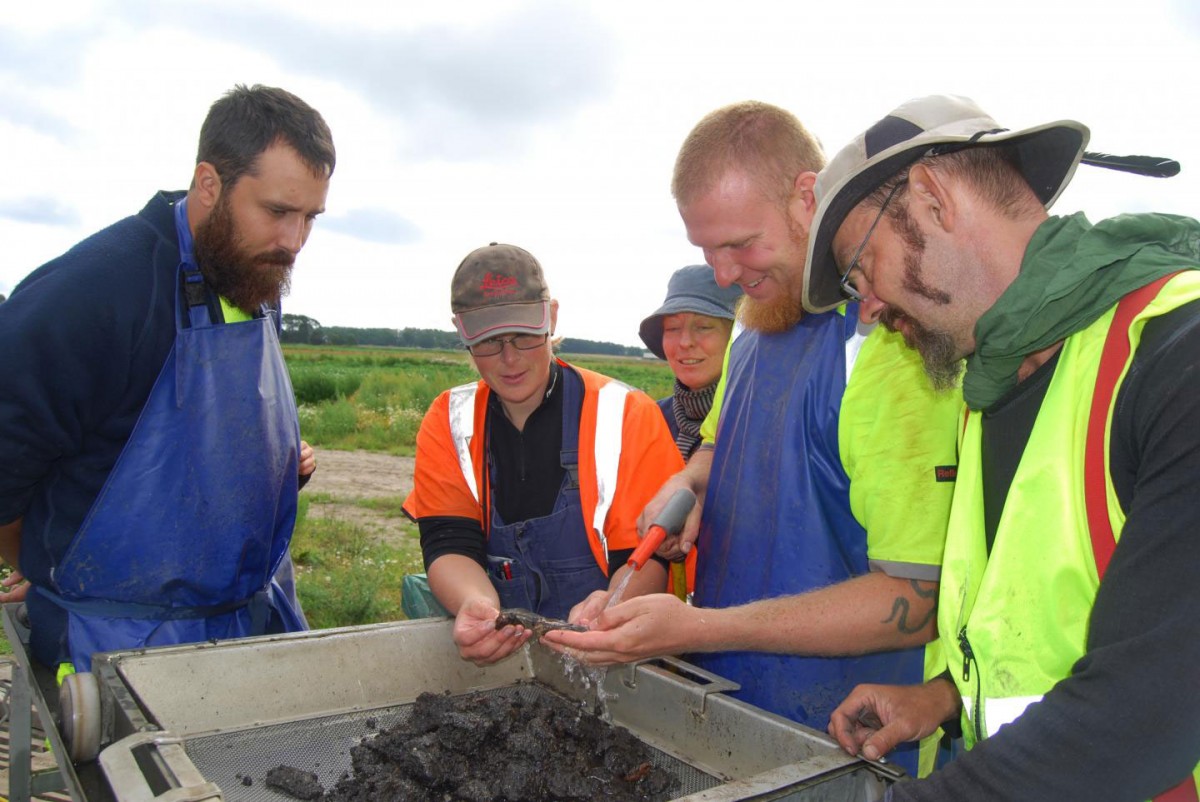 The discovery of the world’s oldest storage of fermented fish in southern Sweden could rewrite the Nordic prehistory with findings indicating a far more complex society than previously thought. The unique discovery by osteologist Adam Boethius from Lund University was made when excavating a 9,200 year-old settlement at what was once a lake in Blekinge, Sweden.

“Our findings of large-scale fish fermentation, a traditional way of preserving fish, indicate that not only was this area settled at that time, it was also able to support a large community”, says Adam Boethius, whose findings are now being published in the Journal of Archaeological Science.

The discovery is also an indication that Nordic societies were far more developed 9,200 years ago than what was previously believed. The findings are important as it is usually argued that people in the north lived relatively mobile lives, while people in the Levant –a large area in the Middle East– became settled and began to farm and raise cattle much earlier.

“These findings indicate a different time line, with Nordic foragers settling much earlier and starting to take advantage of the lakes and sea to harvest and process fish. From a global perspective, the development in the Nordic region could correspond to that of the Middle East at the time,” says Adam Boethius.

“The discovery is quite unique as a find like this has never been made before. That is partly because fish bones are so fragile and disappear more easily than, for example, bones of land animals. In this case, the conditions were quite favourable, which helped preserve the remains”, says Adam Boethius.

The fermentation process is also quite complex in itself. Because people did not have access to salt or the ability to make ceramic containers, they acidified the fish using, for example, pine bark and seal fat, and then wrapped the entire content in seal and wild boar skins and buried it in a pit covered with muddy soil. This type of fermentation requires a cold climate.

The discovery was made when excavating a 9,200 year-old settlement at what was once a lake near the outlet of the Baltic Sea in Sölvesborg, located in the county of Blekinge, Sweden. The team found both bark and enormous amounts of fish, about 30,000 fish bones per square metre. After removing this layer the team discovered a facility, an oblong pit, dug into the clay underneath and surrounded by both pole holes and smaller pin holes. After analysing the remains and with the help of ethnographic comparisons with circumpolar peoples, the team realised that large quantities of fish had been fermented in that location – an early precursor to today’s Swedish dish, fermented herring. The discovery of this type of facility required a fine mesh sieve and calculations made from the fish bones collected from the excavation. The analysis also showed that at least 60 tons of freshwater fish must have been caught in this location.