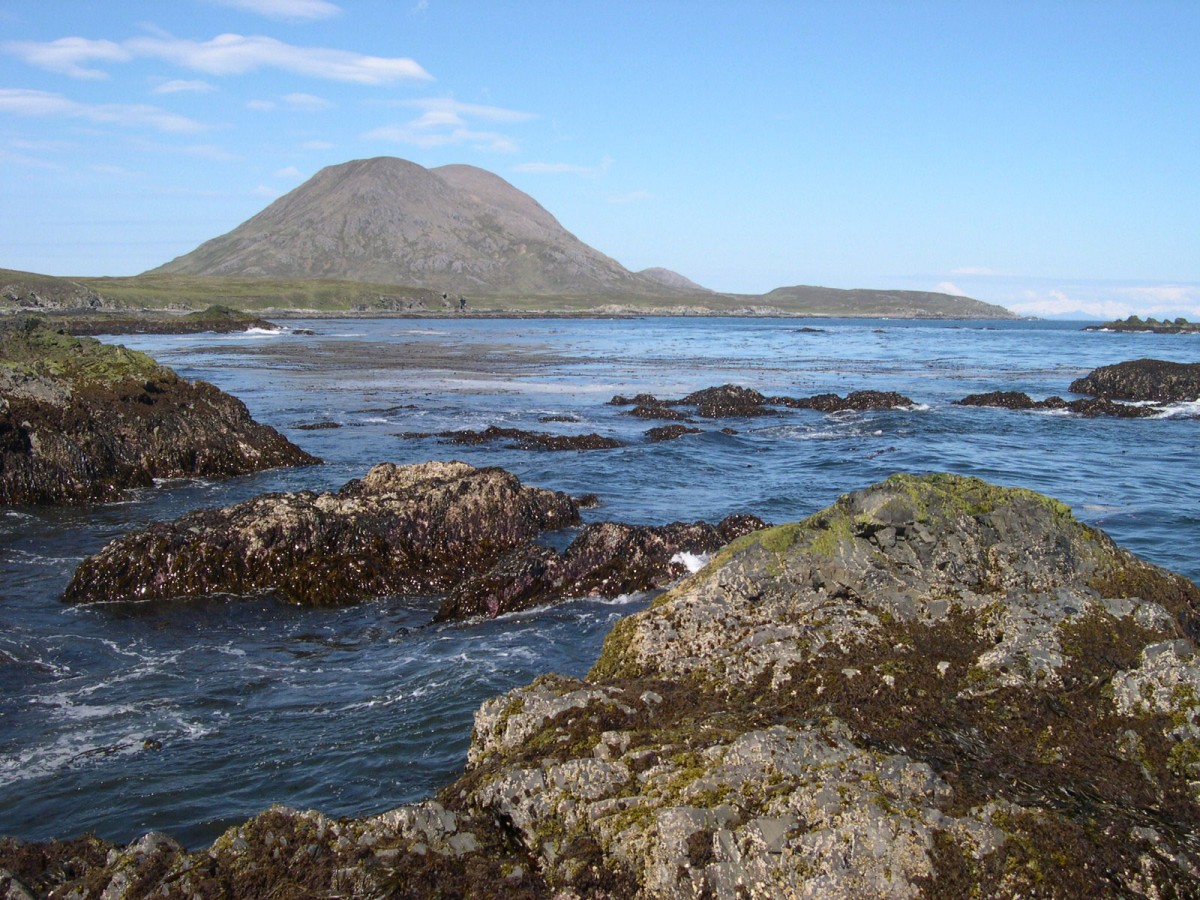 How hunter-gatherers preserved their food sources

A new study of humans on Sanak Island, Alaska and their historical relationships with local species suggests that despite being super-generalist predators, the food gathering behaviors of the local Aleut people were stabilizing for the ecosystem.

With a team of ecologists and archeologists, the Santa Fe Institute’s Vice President for Science Jennifer Dunne wanted to understand the niche humans filled in Sanak’s marine ecosystems by compiling and analyzing local food web data.

“It’s the first highly detailed ecological network data to include humans, which allows us to ask questions about how they compare in their roles to other predators,” says Dunne. “Unlike most ecological studies that ignore humans or consider them as external actors, our analysis includes them as an integral part of the ecosystem.”

For roughly 7,000 years, the Sanak Aleuts hunted marine mammals and fishes in the nearby open water and gathered shellfish and algae closer to shore. Dunne and her colleagues put together a precise picture of the local marine food webs by studying the bones and shells left behind in middens (trash heaps), through oral histories gathered from Aleut elders, and ecological data.

Then, through analysis of the network structure of these food webs, they discovered that in both the intertidal and nearshore food webs, humans fed on approximately a quarter of the species present, far more than other predators in the systems. This varied diet, ranging from primary producers like algae to top carnivores like sea lions, puts humans in a niche similar to other super-generalist predators like Pacific cod.

And, like other generalists, the Aleuts prey-switched. As a favored prey species became difficult to find due to population decreases or unfavorable environmental conditions, the Aleuts chose alternative food sources. In food webs where predators prey-switch, dwindling prey populations can bounce back and extinctions are rare.

“It’s a very stabilizing behavior for the system,” says Dunne.

In addition, while simple technologies like fish hooks, spears, and kayaks helped the Aleut hunt some of their prey more intensively than expected for non-human predators, Dunne’s analysis of the dynamics of model food webs suggests that as long as such intensive hunting was limited to a few prey species, it would cause few extinctions.

Modern fisheries can put a very different pressure on food webs, she notes. Advanced technology allows for highly intensive fishing, and in many cases as a resource becomes scarce, its value goes up. In these cases, such as with Bluefin tuna that are a highly prized sushi fish, “increased rarity increases economic value, leading to increased harvesting pressure at just the wrong time,” says Dunne. “You’re not only driving those populations to extinction, you’re also introducing a destabilizing dynamic into the system.”