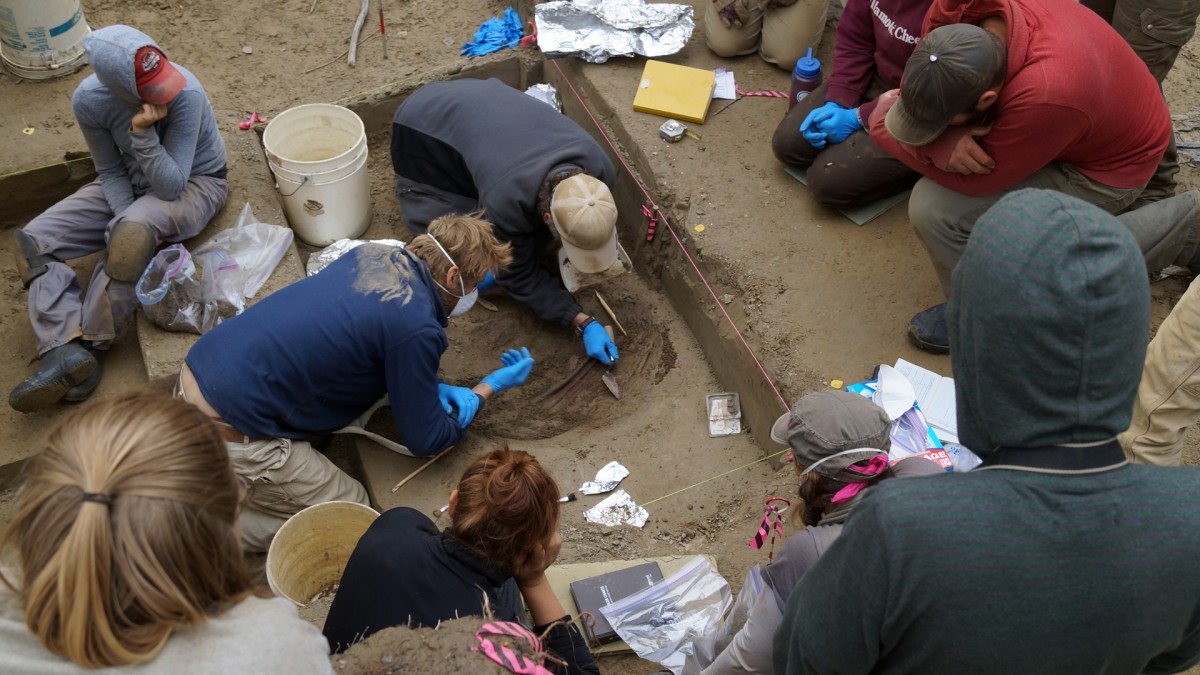 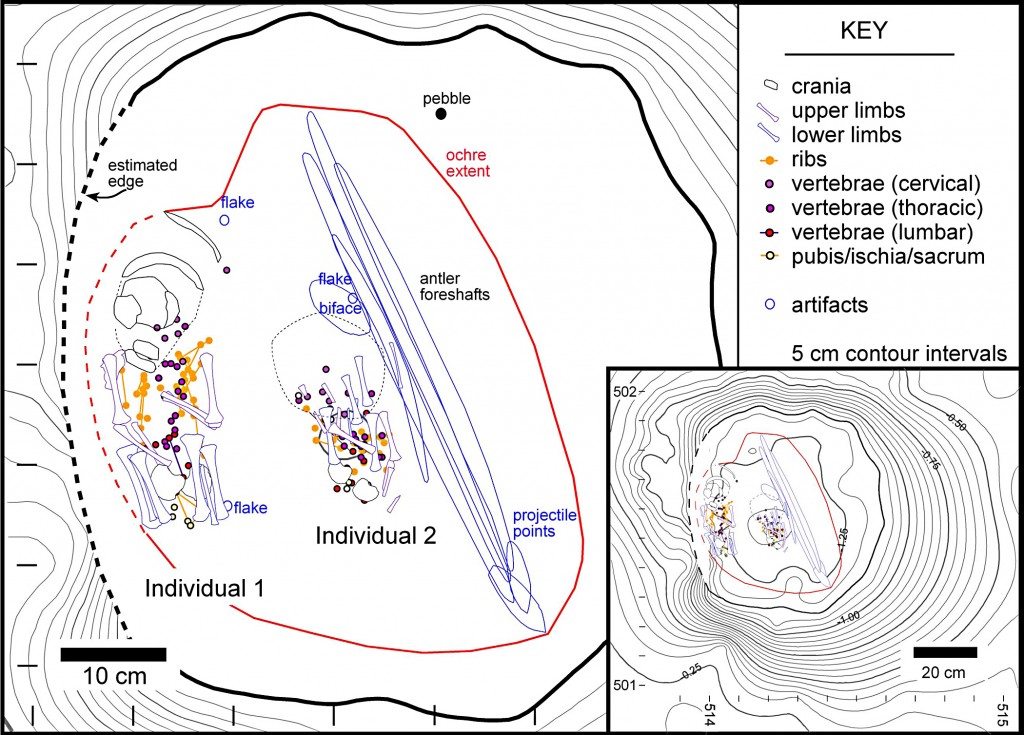 A tenderly decorated grave, with the remains of two infants dating back 11,500 years was discovered in Alaska. The content of the grave also included artefacts and burial goods as well as hunting tools, providing new insights into the life, rituals, and burial practices of Ice Age humans.

The grave was discovered under a residential hearth, in a pit directly below the place where the cremated remains of another 3-year-old child of approximately the same time were found in 2010. Radiocarbon dates indicate that there was a short period of time between the burial and cremation, perhaps a single season.

After dental and skeletal examination to determine the age and sex of the babies, researchers found that one of the infants was only a few weeks old at the time of death while the other died in utero. This is the first prenatal death record scientists have of that particular era.

The burial offerings as well as bones of salmon and squirrels suggest that the inhabitants of the region were probably hunter-gatherers and that the deaths took place in the summer. Researchers presume that three deaths within a single group may indicate food shortages or climate change, as they took place in a time of the year when food resources ought to have been abundant.

Ben Potter, a researcher at the University of Alaska Fairbanks, and his colleagues found the grave last year at a site known as Upward Sun River, near the Tanana River in central Alaska. The researchers worked closely with local and regional Native tribal organizations as they conducted their research, and their work was funded by The National Science Foundation.

Such finds are valuable to science because there is little direct evidence about social organization and mortuary practices of such early human cultures, which had no written languages.