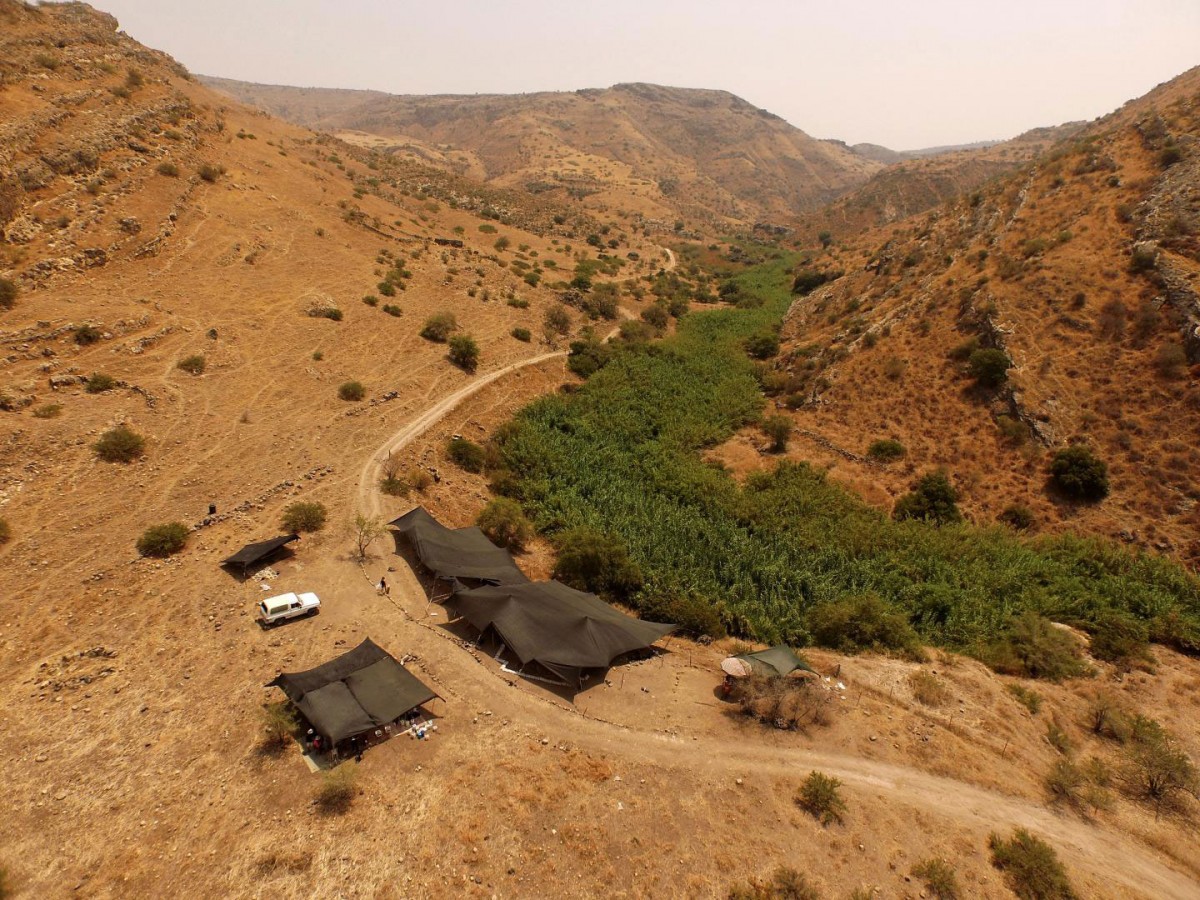 Archaeologists from The Hebrew University of Jerusalem revealed in Israel a prehistoric village, dated around 12,000 years ago, in excavations in the fertile Jordan Valley.

The site, named NEG II, is located in Nahal (wadi) Ein-Gev, at the middle of the perennial stream that flows west to the Sea of Galilee.

A series of excavations on site revealed an abundance of findings, including human burial remains, flint tools, art manifestations, faunal assemblage, ground stone and bone tools. The excavated area revealed an extensive habitation with deep cultural deposits (2.5 to 3 meters deep) and the site is estimated as covering roughly 1200 m2.

Surprisingly, the village differs markedly from others of its period in Israel. The findings encapsulate cultural characteristics typical of both the Old Stone Age —known as the Paleolithic period, and the New Stone Age— known as the Neolithic period.

“Although attributes of the lithic tool kit found at NEG II places the site chronologically in the Paleolithic period, other characteristics —such as its artistic tradition, size, thickness of archaeological deposits and investment in architecture— are more typical of early agricultural communities in the Neolithic period,” said Dr. Leore Grosman, from the Institute of Archaeology at The Hebrew University of Jerusalem, who led the excavations.

“Characterizing this important period of potential overlap in the Jordan Valley is crucial for the understanding of the socioeconomic processes that marked the shift from Paleolithic mobile societies of hunter-gatherers to Neolithic agricultural communities,” added Dr. Grosman.

The Paleolithic period is the earliest and the longest period in the history of mankind. The end of this period is marked by the transition to settled villages and domestication of plants and animals as part of the agricultural life-ways in the Neolithic period.

In a research paper, published in the journal PLOS ONE, the archeologists described the village as one of the latest settlements in the Levant region of the Late Natufian – the last culture of the Paleolithic period.

The Natufian culture (about 15,000-11,500 years B.P.) is known from sites all over the Levant — from the Negev and the Sinai in the south to Syria and Lebanon in the north.

NEG II was occupied in the midst of the cold and dry global climatic event known as the Younger Dryas (12,900-11,600 years B.P.), where temperature declined sharply over most of the northern hemisphere. Affected by climatic changes, Late Natufian groups in the Mediterranean zone became increasingly mobile and potentially smaller in size.

However, excavations at NEG II show that groups in the Jordan Valley became more sedentary and potentially larger in size.

“The buildings represent at least four occupational stages and the various aspects of the faunal assemblage provide good indications for site permanence. In addition, the thick archaeological deposits, the uniformity of the tool types and the flint knapping technology indicate intensive occupation of the site by the same cultural entity,” said Dr. Grosman.

Researchers say that this shift in settlement pattern could be related to greater climatic stability due to a lesser effect of the Younger Dryas in the region, higher cereal biomass productivity and better conditions for small-scale cultivation.

These factors had provided the ingredients necessary to taking the final steps toward agriculture in the southern Levant, researchers say.

“It is not surprising that at the very end of the Natufian culture, at a suite of sites in the Jordan Valley, that we find a cultural entity that bridges the crossroads between Late Paleolithic foragers and Neolithic farmers,” said Dr. Grosman.