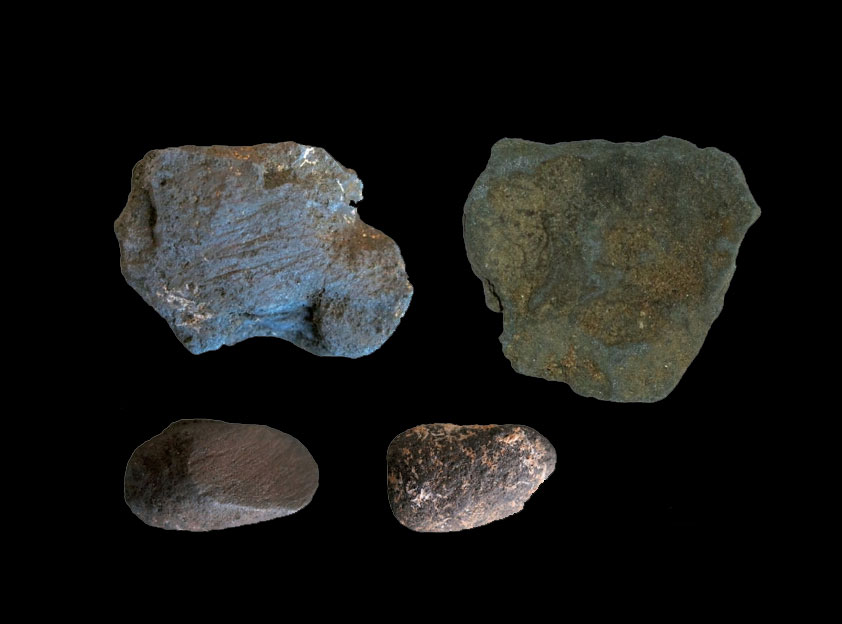 Making fire the Neanderthal way involved the collection and use of manganese dioxide. This is what Leiden University and Delft University of Technology scientists found regarding Neanderthal communities living at Pech-de-l’Azé I in South Western France 50,000 years ago.

During excavations at several Neanderthal sites in France, large numbers of small black ‘blocs‘ where found. The usual interpretation is that these chunks of ‘manganese oxides’ were used for their coloring properties in body decoration, potentially even for symbolic expression. However Neanderthals habitually used fire and if they needed black material for decoration, soot and charcoal were readily available, whereas manganese oxides would have necessitated a considerably higher investment in both time and energy to obtain.

The use of fire would have provided important benefits that make up for the time and energy spent collecting the manganese. Furthermore the social and symbolic significance of fire should not be overlooked.

The selection and use of manganese dioxide for fire making is unknown from the ethnographic record of recent hunter-gatherers. It therefore provides potential significant insights into Neanderthal cognitive capabilities.

The actions involved in the preferential selection of a specific, non-combustible material and its use to make fire are not obvious nor intuitive. The knowledge and insights suggested by Neanderthal selection of manganese dioxide and use in fire-making are surprising and qualitatively different from the expertise commonly associated with Neanderthals.

The project was a collaboration between researchers at the Faculty of Archaeology, Leiden University, and the Faculty 3mE, Department Process and Energy, Delft University of Technology (both in the Netherlands) and brought together expertise in Palaeolithic archaeology, combustion research and materials science analytical techniques. Interestingly, whilst Neanderthals may have sourced and used manganese dioxide in fire making 50,000 years ago, manganese dioxide has important uses today in energy storage (batteries) and potentially in future clean energy production systems.

The authors acknowledge support from the Netherlands Organization for Scientific Research NWO (Spinoza Grant 28-548) and the Royal Netherlands Academy of Arts and Sciences (KNAW Academy Professor Prize program) and from the Rijksdienst voor het Cultureel Erfgoed (Amersfoort, NL) in the form of access to equipment and assistance in analyses.