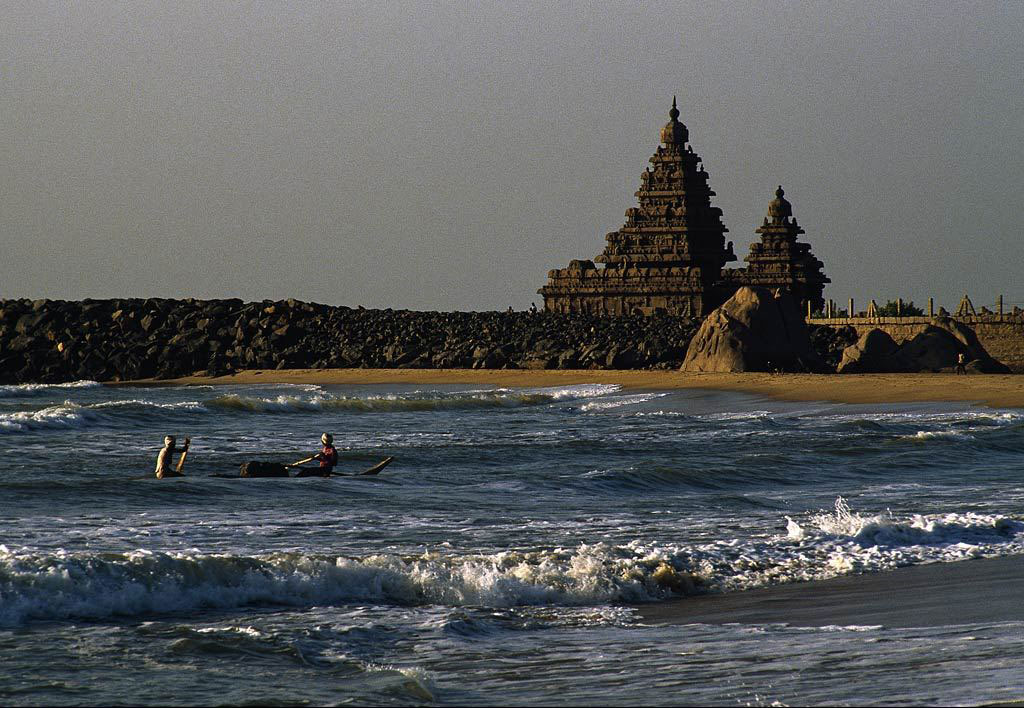 An ancient town has been discovered underwater near Mamallapuram, India, where archaeologists have found ruins of a temple, stairs, a wall and other evidence.

In 2004, during the tsunami, tourists in the town saw granite boulders as the sea recessed. Ten years later, scientists have discovered ruins of an ancient port at the site. A team of divers, geologists and archaeologists from the National institute of Oceanography (NIO) found ruins of one of the six shore temples which, according to legend, were submerged, a 10-meter-long wall, a short flight of stairs, and chiselled stone blocks on the seabed, 800 meters from the shoreline, about 27 feet deep. The structures are thought to be around 1,100 to 1,500 years old.

According to Rajiv Nigam, head of the marine archaeology unit of NIO, divers found it difficult to identify many of the structures as they were covered with thick aquatic growth. Brick structures were also found, typical of the Sangam period (300BC-200AD). He also said that studying the history of sea-level pattern showed the sea level was lower around 3,500 years ago than it is today.
T. Sathyamurthy, former superintending archaeologist, Archaeological Survey of India, Chennai Circle, said such explorations are gradually proving myths as fact. In April 2005, ASI and the Navy began searching the waters off the coast of Mahabalipuram (Mamallapuram) by boat, using sonar technology. Geophysical survey data from past explorations also confirm the submergence of a large area comprising a building complex, which, they say could be possible remains of a submerged township. The structure might have been submerged due to a global rise of sea level, gradually covering hundreds of meters of coast in a 2,000-year period, or perhaps soil erosion and tectonic movement.