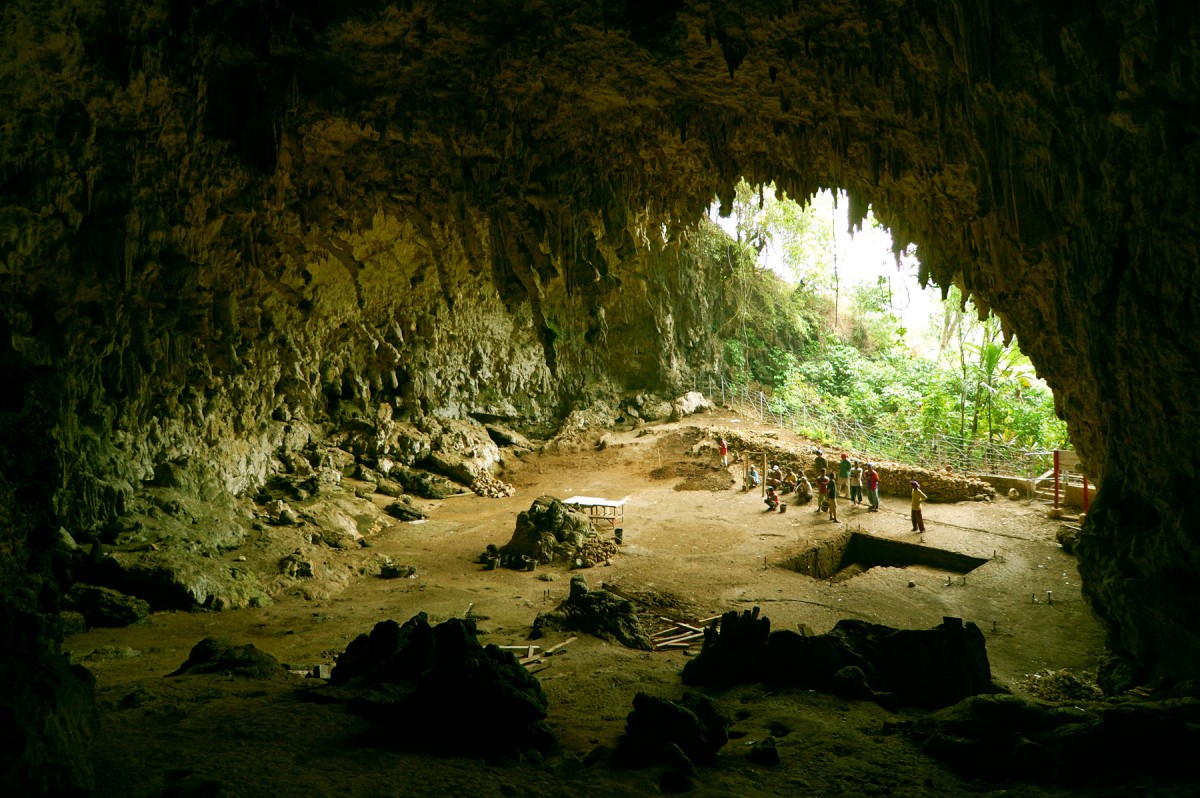 Indonesian ‘Hobbits’ may have died out sooner than thought

An ancient species of pint-sized humans discovered in the tropics of Indonesia may have met their demise earlier than once believed, according to an international team of scientists who reinvestigated the original finding.

Published in the journal Nature this week, the group challenges reports that these inhabitants of remote Flores island co-existed with modern humans for tens of thousands of years.

They found that the youngest age for Homo floresiensis, dubbed the ‘Hobbit’, is around 50,000 years ago not between 13,000 and 11,000 years as initially claimed.

Led by Indonesian scientists and involving researchers from Griffith University’s Research Centre of Human Evolution (RCHE) the team found problems with prior dating efforts at the cave site, Liang Bua.

“In fact, Homo floresiensis seems to have disappeared soon after our species reached Flores, suggesting it was us who drove them to extinction,” says Associate Professor Maxime Aubert, a geochronologist and archaeologist at RCHE, who with RCHE’s Director Professor Rainer measured the amount of uranium and thorium inside Homo floresiensis fossils to test their age.

“The science is unequivocal,” Aubert said. “The youngest Hobbit skeletal remains occur at 60,000 years ago but evidence for their simple stone tools continues until 50,000 years ago. After this there are no more traces of these humans.”

While excavating at the  of Liang Bua in 2003, archaeologists found bones from diminutive humans unlike any people alive today. The researchers concluded the tiny cave dwellers evolved from an older branch of the human family that had been marooned on Flores for at least a million years. It was thought that this previously unknown population lived on Flores until about 12,000 years ago.

But the site is large and complex and the original excavators dug only a tiny portion of it. Years of further excavation has led to a much clearer understanding of the order of archaeological layers. It is now evident that when the original team collected samples for dating the main layer containing Hobbit bones they mistakenly took them from an overlying layer that is similar in composition, but far younger.

“This problem has now been resolved and the newly published dates provide a more reliable estimate of the antiquity of this species,” Aubert said.

But the mystery of what happened to these creatures remains.

RCHE archaeologist Dr Adam Brumm, who also participated in the study, said Hobbits are likely to have inhabited other Flores caves which may yield more recent signs of their existence. He believes Homo floresiensis probably suffered the same fate that befell Europe’s Neanderthals—our species simply out-competed and replaced them within a few thousand years.

“They might have retreated to more remote parts of Flores, but it’s a small place and they couldn’t have avoided our species for long. I think their days were numbered the moment we set foot on the island.”