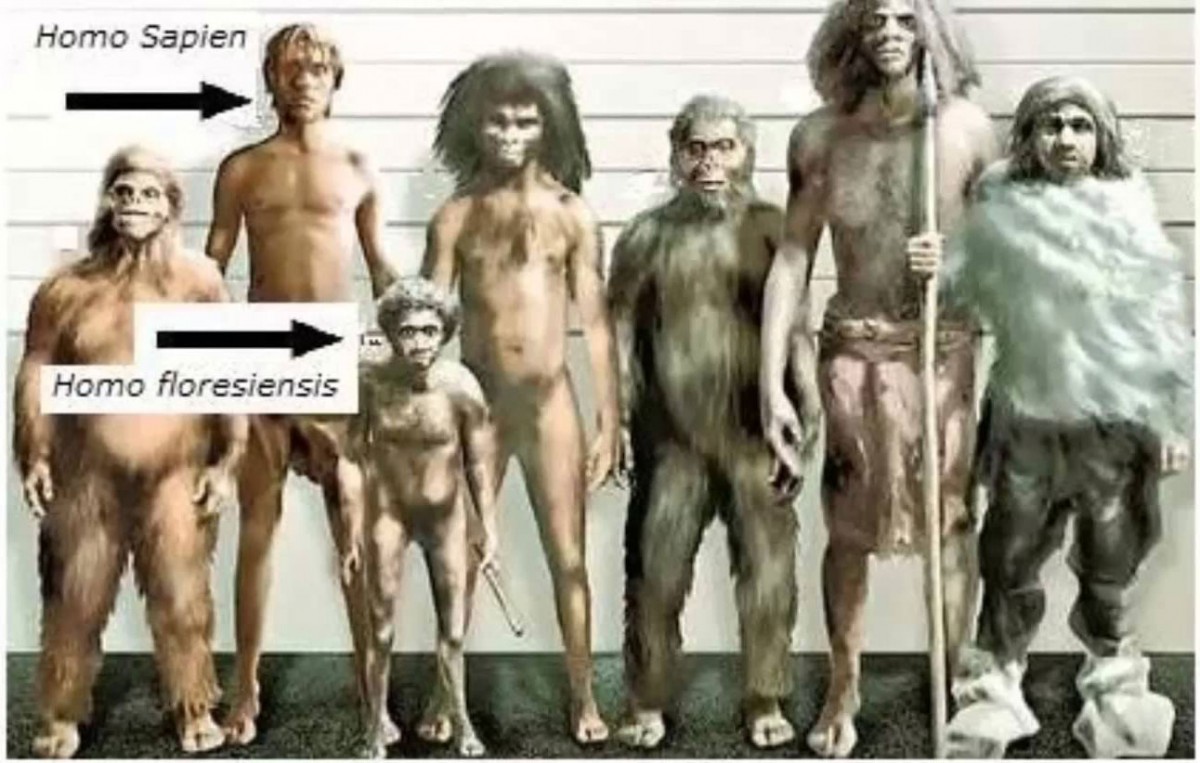 New fossils shed light on the origin of ‘hobbits’

The distinctive anatomy of Homo floresiensis has long puzzled scientists

New findings suggest that hobbits descend from Asian Homo erectus, or ‘Java Man’, an early hominin that reached the island of Java to the West of the island Flores 1.5 million years ago. At some point a small group of these hominins stranded on Flores, where they underwent a dramatic evolutionary change (dwarfism) owing to the Island Rule…

The most extreme human ever discovered

Griffith University researchers are part of an international team of scientists that has announced the discovery of ancestors of Homo floresiensis – the enigmatic species of pygmy-like humans discovered more than a decade ago on the Indonesian island of Flores.

In September 2003, the partial skeleton of a primitive human adult female was excavated from Liang Bua, a limestone cave in the west of Flores. Known as LB1, this skeleton is the most extreme human ever discovered – astonishingly short, only about a metre tall, and with a brain smaller than that of a chimp, this tiny individual lived and died around 70,000 years ago.

Now, as reported in Nature this week, fossil remains of hominins that are similar in size but at least ten times older have been excavated at Mata Menge, a site in open grasslands 70 km east of Liang Bua, in Indonesia. A fragment of a hominin lower jaw and several isolated teeth were found in a layer of sandstone which had been deposited by a lakeside stream around 700,000 years ago.

Dr Adam Brumm from Griffith’s Research Centre of Human Evolution says this new finding is the most stunning breakthrough yet to help with our understanding of the origin of ‘hobbits’.

“We have unearthed fossils from at least three individuals, including two children, along with stone tools that are almost identical to those made by the much younger Homo floresiensis,” said Dr Brumm, an archaeologist who first commenced fieldwork at Mata Menge in 2004 along with colleagues from the Geology Museum and Geological Survey Institute in Bandung, Indonesia.

“There is a striking similarity in size and form between the Mata Menge hominins and the Liang Bua hobbit, which is surprising given the former are at least several hundred millennia older.

“This suggests the Mata Menge individuals belonged to a population of ancient hobbit-like hominins that gave rise to Homo floresiensis. They may even have been a very early form of hobbits, which would mean this species existed for far longer than anyone had anticipated.”

Ever since the first hobbit bones were discovered scientists have struggled to make sense of where the previously unknown species, Homo floresiensis, fits into the human family tree.

It is thought that these creatures evolved from an archaic branch of hominins that existed long before the emergence of our own species in Africa some 200,000 years ago. However, the experts are divided over just which member of the hominin group spawned the Flores hobbits.

The distinctive anatomy of Homo floresiensis has led to two intriguing hypotheses. The first is that hobbits descend from Asian Homo erectus, or ‘Java Man’, an early hominin that reached the island of Java to the west of Flores roughly 1.5 million years ago, and which was similar in height to modern humans. It is suggested a small group of these hominins may have become stranded on Flores and over time reduced in body size. This would be a unique case of hominins conforming to the ‘Island Rule’, whereby mammals cut off on islands with limited food and no predators become small if they were big (dwarfism) or big if they were small (gigantism).

The second possibility is that Homo floresiensis stems from far more ancient precursors, such as Homo habilis or even an ape-like australopithecine, primitive hominin forerunners currently known only from the early fossil record of Africa.

All of this speculation about the origin of Homo floresiensis had reached a standstill until the discovery of these latest fossils.

“While only a handful of fossils has been found at Mata Menge so far, characteristic features of the teeth strongly imply an ancestral relationship with Homo erectus,” Dr Brumm said.

“This lends weight to the theory that the hobbit was a dwarfed version of the famous Java Man, which somehow got marooned on the island. The fact that they were found with fossils of extinct pygmy elephants (Stegodon) and giant rats also supports the idea of an isolated group of Homo erectus undergoing a dramatic evolutionary change owing to the Island Rule.”

Until more complete hominin fossils are revealed, however, Dr Brumm says the mystery of the hobbit’s beginning has not yet been conclusively resolved.

“We were expecting a simple answer,” he says. “We didn’t get one: no one thought the ancestor of the hobbit would itself have looked like a hobbit. I do think Homo floresiensis was a dwarfed Homo erectus, but identifying the true ancestor requires more fossil evidence”.

The presence of fossils from multiple individuals at Mata Menge, however, does suggest additional skeletal remains are likely to be found, and the team is now searching for funds to expand the scale of excavations at this site and at other fossil localities on the island.

“Mata Menge is a goldmine,” says Dr Brumm. “I expect that further excavations at this site will eventually yield a hominin skull, which will finally allow us to put a face and a name to the hobbit’s ancestor. Then we will know how this experiment in human evolution got started”.