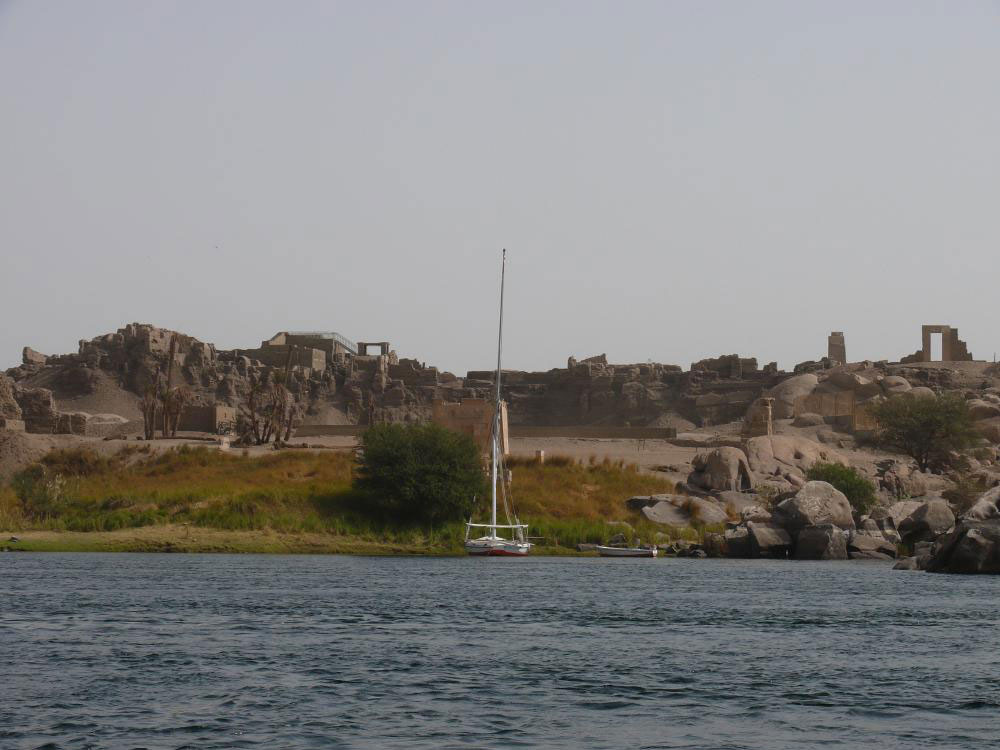 Barque station of Queen Hatshepsut discovered on Elephantine Island, according to the Egyptian Ministry of Antiquities.

Ancient Egyptian Antiquities Sector Dr. Mahmoud Afify declared the discovery of a number of blocks that most probably belong to a previously unknown building of Queen Hatshepsut that was discovered this year by the German Archaeological Institute on the Island of Elephantine, Aswan.

According to Dr Felix Arnold, the field director of the mission, the building served as a way-station for the festival barque of the god Khnum. The building was later dismantled and about 30 of its blocks have now been found in the foundations of the Khnum temple of Nectanebo II. Some of the blocks were discovered in previous excavation seasons by members of the Swiss Institute, but the meaning of the blocks has only now become clear.

On several of the blocks discovered this year Queen Hatshepsut was originally represented as a woman. The building must therefore have been erected during the early years of her reign, before she began to be represented as a male king. Only very few buildings from this early stage of her career have been discovered so far. The only other examples have been found at Karnak. The newly discovered building thus adds to our knowledge of the early years of Queen Hatshepsut and her engagement in the region of Aswan. In the reign of Thutmose III, all mentions of her name were erased and all representations of her female figure were replaced by images of a male king, her deceased husband Thutmose II.

Based on the blocks discovered so far the original appearance of the building can be reconstructed. The building thus comprised a chamber for the barque of the god Khnum, which was surrounded on all four sides by pillars. On the pillars are representations of several versions of the god Khnum, as well as other gods, such as Imi-per=ef “He-who-is-in-his-house”, Nebet-menit “Lady-of-the-mooring-post” and Min-Amun of Nubia.

The building thus not only adds to our knowledge of the history of Queen Hatshepsut but also to our understanding of the religious beliefs current on the Island of Elephantine during her reign.