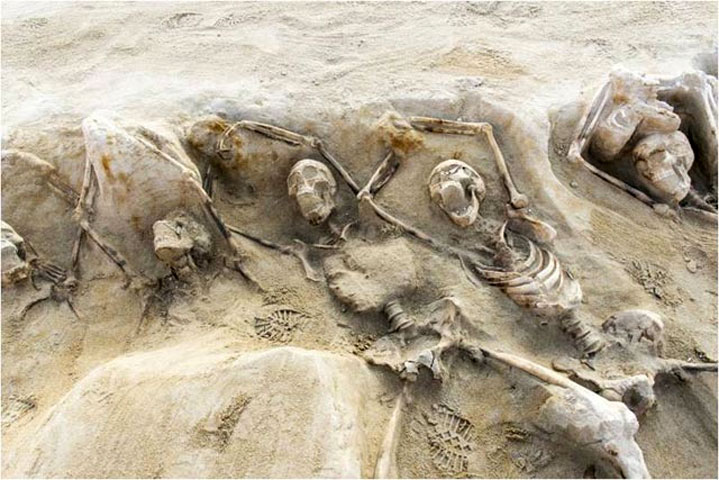 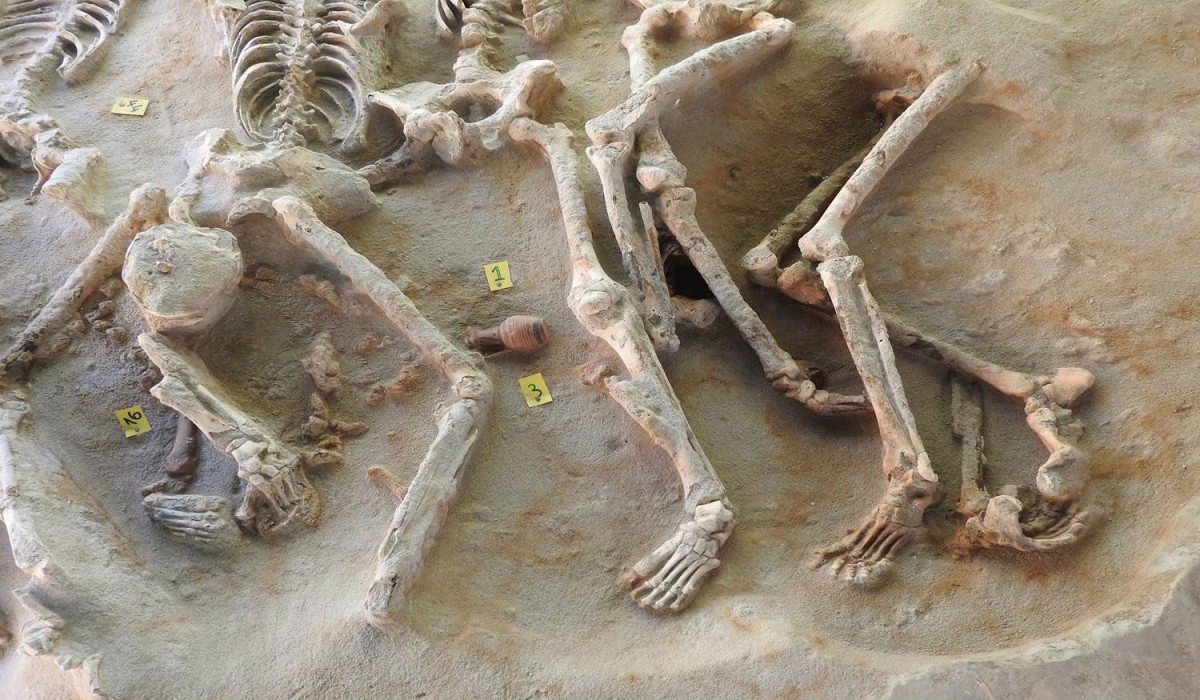 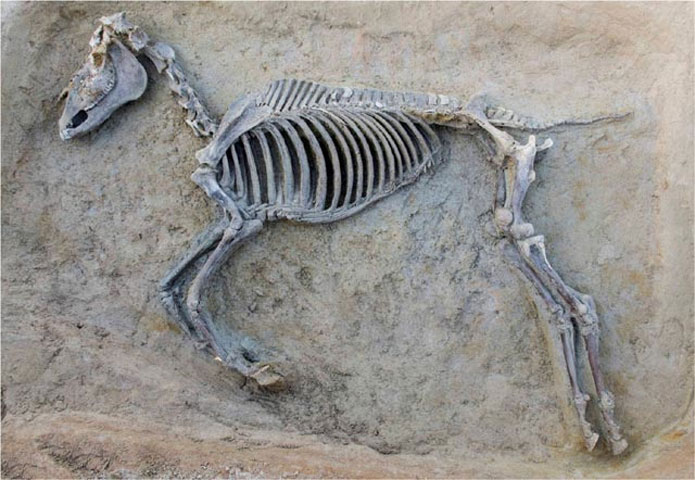 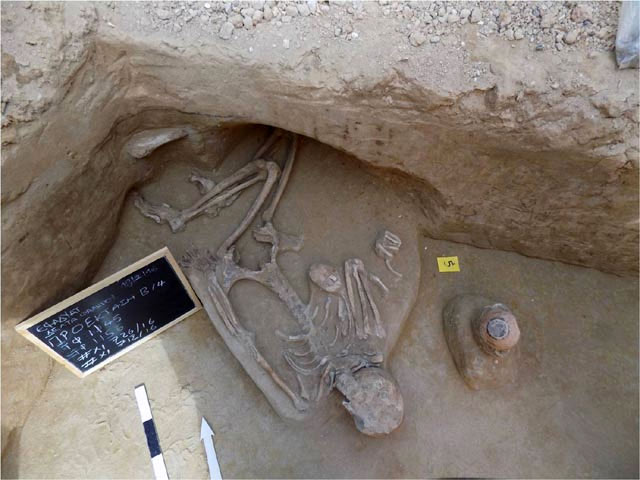 Results of the autopsy conducted a the site

Archaeologists excavating at the site of the Faliron Delta found a mass grave containing 80 skeletons, probably of young men.

The bodies were lying side by side and some were in chains. Thanks to the discovery of two trefoil oinochoai found next to the “prisoners of Faliron”, archaeologists could date the grave back to the third quarter of the 7th century BC. Stella Chrysoulaki (Ephorate of West Attika, Pireus and the Islands) said that the polyandreio (collective burial of men who fell together) may be connected to the Cylonian Affair.

An autopsy has been conducted yesterday at the site, following the suggestion of Secretary General of the Culture Ministry Maria Andreadaki-Vlazaki. The members of the Central Archaeological Council have decided that due to the importance of the find an interdisciplinary approach is required as well as reports by experts, which will be examined in one of the Council’s forthcoming meetings.

The find belongs to the Faliron necropolis, which is being excavated —partially and occasionally— since 1911. The rescue excavations conducted by the Archaeological Service since 2012 have proved that the Faliron necropolis is extremely extensive and dates to the period from mid-8th to the 4th c. BC.

The most recent find which came to light a few days ago at the southern part of the trench, in the upper layer (2.5m depth), is the aforementioned polyandreio, the collective burial of 80 prisoners put carefully in an array, which shows that they might have belonged to the aristocracy. They were executed on the spot at the time when the Cylonian Affair shook Athens, i.e. in the years 650-625 BC, before or after Cylon attempted a coup against Megacles, the tyrant of Athens. This is the first interpretation given by Stella Chrysoulaki, based on the finding of the two trefoil pots.

The excavations were being funded by the Stavros Niarchos Foundation.