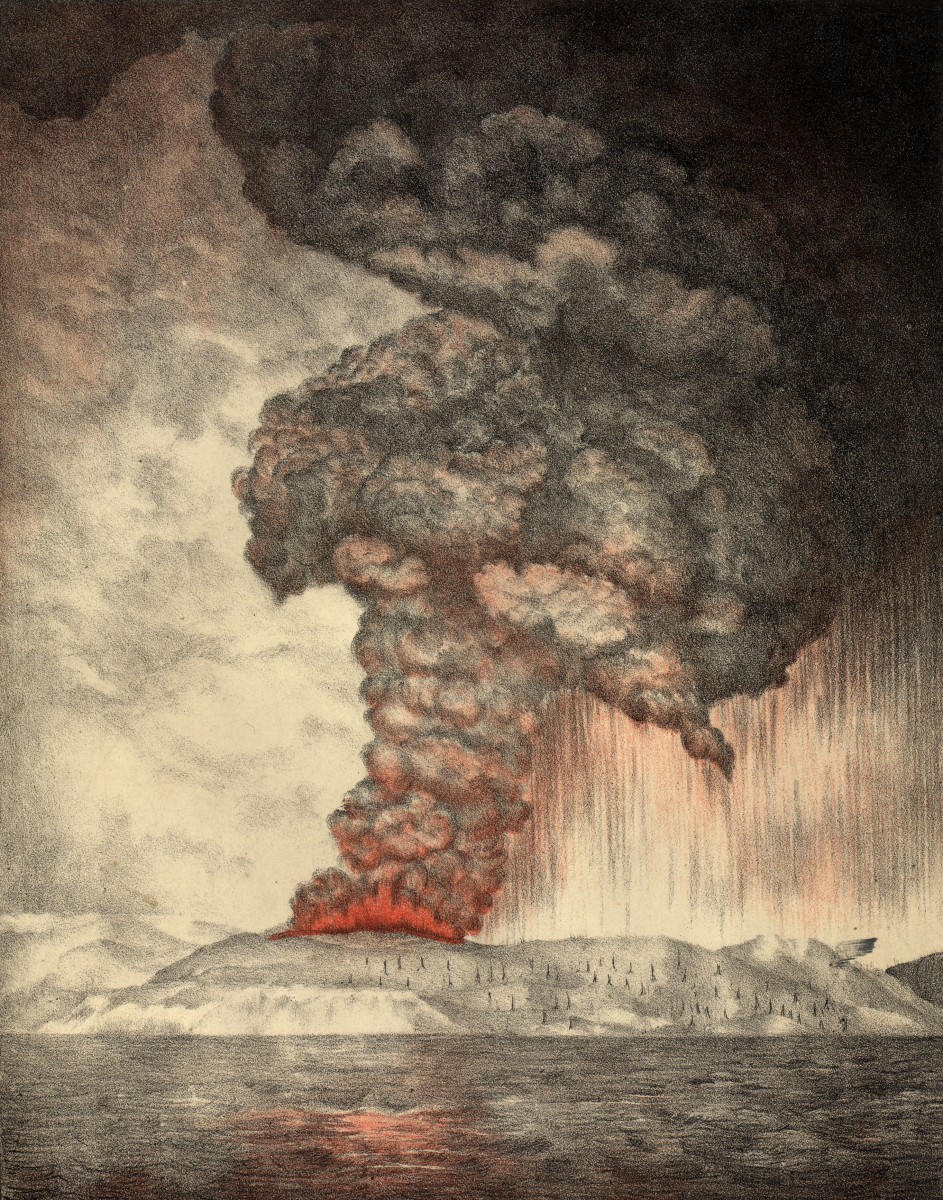 Contemporary chroniclers wrote about a “mystery cloud” which dimmed the light of the sun above the Mediterranean in the years 536 and 537 CE. Tree rings testify poor growing conditions over the whole Northern Hemisphere – the years from 536 CE onward seem to have been overshadowed by an unusual natural phenomenon.

Social crises including the first European plague pandemic beginning in 541, are associated with this phenomenon. Only recently have researchers found conclusive proof of a volcanic origin of the 536 solar dimming, based on traces of volcanic sulfur from two major eruptions newly dated to 536 CE and 540 CE in ice cores from Greenland and Antarctica.

An international team of climate scientists led by Dr. Matthew Toohey at the GEOMAR Helmholtz Centre for Ocean Research Kiel and Prof. Dr. Kirstin Krüger of the University of Oslo (UiO), with financial support from the Centre for Earth Evolution and Dynamics (CEED) at the UiO, have investigated the time period using the new ice core data, historical evidence and climate models. As they write in the international journal Climatic Change, the impact of the volcanic double event of 536/540 on Northern Hemisphere climate was stronger than any other documented or reconstructed event of the past 1200 years. “One of the eruptions would have led to a significant cooling of the Earth’s surface. Two of them, so close in time, caused what is probably the coldest decade of the past 2000 years,” says Dr. Matthew Toohey from GEOMAR, lead author of the study presented at a press conference at the annual EGU Meeting in Vienna.

To simulate the impact of the 536 and 540 eruptions, the scientists used the available data from ice cores and the descriptions of the solar dimming from contemporary scholars. With this data they estimated the magnitude of the eruptions and their approximate locations on Earth, and then simulated the spread and impacts of the aerosol clouds resulting from the volcanic injection of sulfur into the stratosphere. This revealed that following the eruptions, the solar radiation at the Earth’s surface was strongly reduced over the Northern Hemisphere for several years, and caused decreases in the hemispheric average temperature of up to 2 degrees Celsius.

The relationship between the “mystery cloud” of 536 and the transition from Antiquity to the Middle Ages is an issue of great popular interest. Volcanic eruptions in the more recent past have impacted human societies. For example, in 1815 the Indonesian volcano Tambora hurled so much ash and sulfur into the atmosphere that the year 1816 became known as “the year without summer” in Europe and North America, where unusually low temperatures led to crop failures and famines. For eruptions of the more distance past, connections between eruptions and societal impacts become less clear.

Toohey and his colleagues used their climate model simulations to directly estimate the impact of the eruptions on agriculture in Europe, and identified Northern Europe and in particular Scandinavia as the most likely locations to have suffered under the cold conditions after the eruptions. This result supports the theory of a connection between the eruptions and archaeological evidence of a large-scale societal crisis in Scandinavia in the 6th century. “Each one of the eruptions of 536/540 would have strongly impacted societies, and it happened twice within four years,” says co-author Prof. Dr. Kirstin Krüger from the University of Oslo.

Which volcanoes exactly were responsible for these aerosols clouds is still enigmatic. “Several candidates are being discussed, including volcanoes in Central America, Indonesia and North America. Future studies will be necessary to show the exact source of the aerosol clouds of 536/540,” says Dr. Toohey.