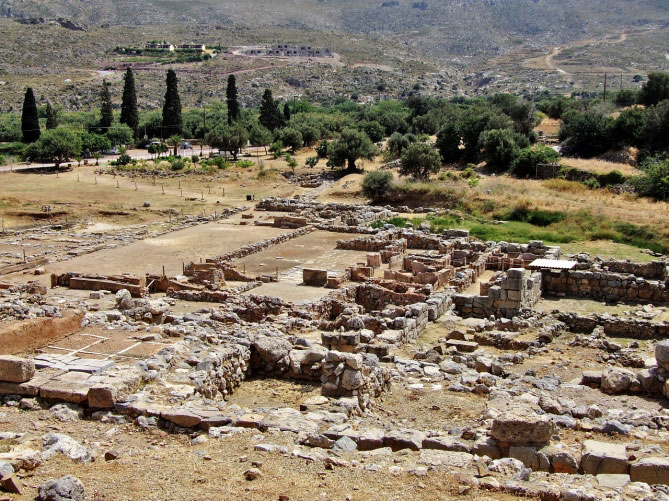 And the issue of Neopalatial political geography

In the next Minoan Seminar, to be given tomorrow, April 22, 2016, by Dr Maria Anastasiadou (Co-supervisor of the CMS archive, Heidelberg) the preliminary results of a new study of the impressed nodules from Kato Zakros will be presented along with a way of interpreting these results in terms of the position of Kato Zakros in relation to the rest of the Neopalatial island.

First, the sealing practices attested on the nodules will be examined in detail in an attempt to determine the processes that led to the concentration of the material in the Neopalatial archives of the site in question. After that, the impressed nodules from the site will be divided into three categories on the basis of their shapes, the sealing practices attested and the type of seal faces impressed on them.

The first category encompasses nodules with a strongly local character, the second, nodules than are similar to those from other Neopalatial sites and the third, pieces where traits found in the two previous categories are combined. In the end, an attempt will be made to explain the existence of the three groups of nodules at the site on the basis of theories that see a local and an innovative (foreign) element in the material culture of Kato Zakros during the Neopalatial period.

The seminar will be given in Greek accompanied by a PowerPoint with English notes.