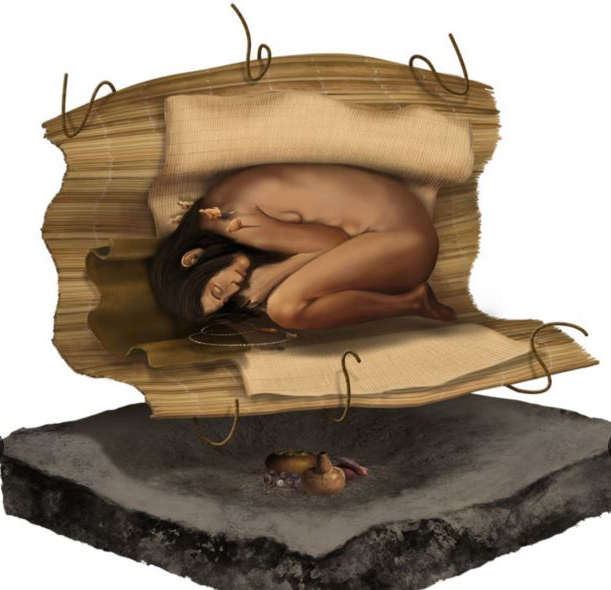 Ancient remains of a noblewoman unearthed in Peru

At the archaeological site of Aspero

The skeletal remains of a 40-year-old woman who died about 4,500 years ago were found at the archaeological site of Aspero, located on the Peruvian coast, near the ancient city of Caral. The way she was buried suggests she was of a high rank.

Archaeologist Ruth Shady, director of the Caral Archaeological Zone, and her research team unburied the body from Huaca of the Idols. “This find shows evidence of gender equality, that is, both women and men were able to play leading roles and attain high social status more than 1,000 years ago,” Shady underlined.

The grave goods included a pot containing vegetable fragments and seeds, a mollusks beaded necklace, a pendant made of Spondylus, and four “tupus” or bone broaches with bird and monkey motifs.

These objects show a possible trade between Aspero and Caral, the most ancient civilization of its kind of the Americas.