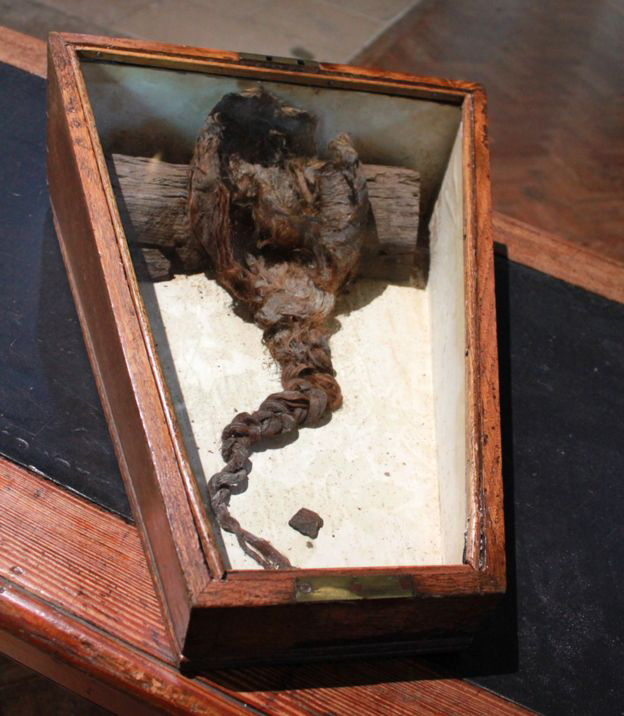 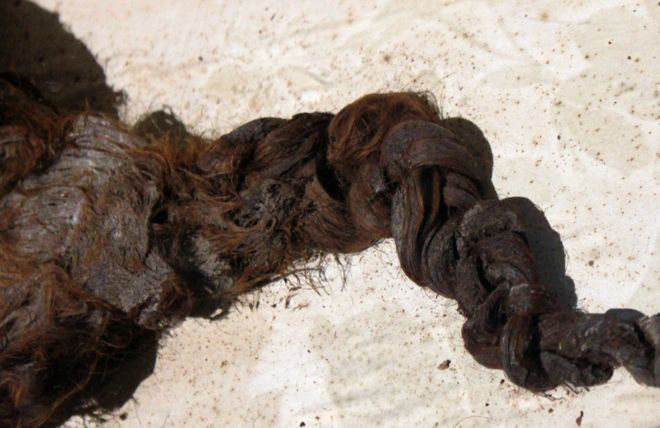 Is it the hair of a saint?

For the past few months, Oxford University scientists have been testing a full head of hair found in a lead coffin in Romsey Abbey (Hampshire) in 1839. The hair, shaped as if it is still sitting on a head, having a plait which is several inches long and with small pieces of scalp, has been kept in a display case in the church since then.

Over the years there have been speculations about who the hair might have belonged to. As there originally was an outer wooden coffin and an inner wooden coffin inside the lead one, archaeologists believed it was a person of some significant status, or a saint, like St. Ethelflaeda, the first abbess and the abbey’s patron saint.

Jamie Cameron, an archaeological scientist, had been fascinated with the hair as a seven-year-old, during a school trip to the abbey. Now, he was able to come back and test it. He cut off a small sample of the hair, which was then tested by a team of archaeologists at Oxford University’s “Relics Cluster”. The tests showed pine resin in the hair. The pine resin may have come from overseas, Cameron suggests.

Radio carbon dating showed that the person lived in the mid to late Saxon era. Based on the results of the tests, the person probably died between 965 and 1045. Archaeologists also managed to find out what this person might have eaten, as the tests showed signals indicative of marine protein.

“The fact that this person had a marine diet could be very specific to perhaps members of the monastic community”, says Frank Green, the abbey’s archaeological adviser. “And the context of the burial in what would have been the south transept of the previous building right against the abbesses’ doorway, strongly suggests it’s someone linked to the monastic community.”

Though archaeologists still aren’t able to say for sure whether the hair belonged to St Ethelflaeda, there is a story to tell the children on the school trips to Romsey Abbey.