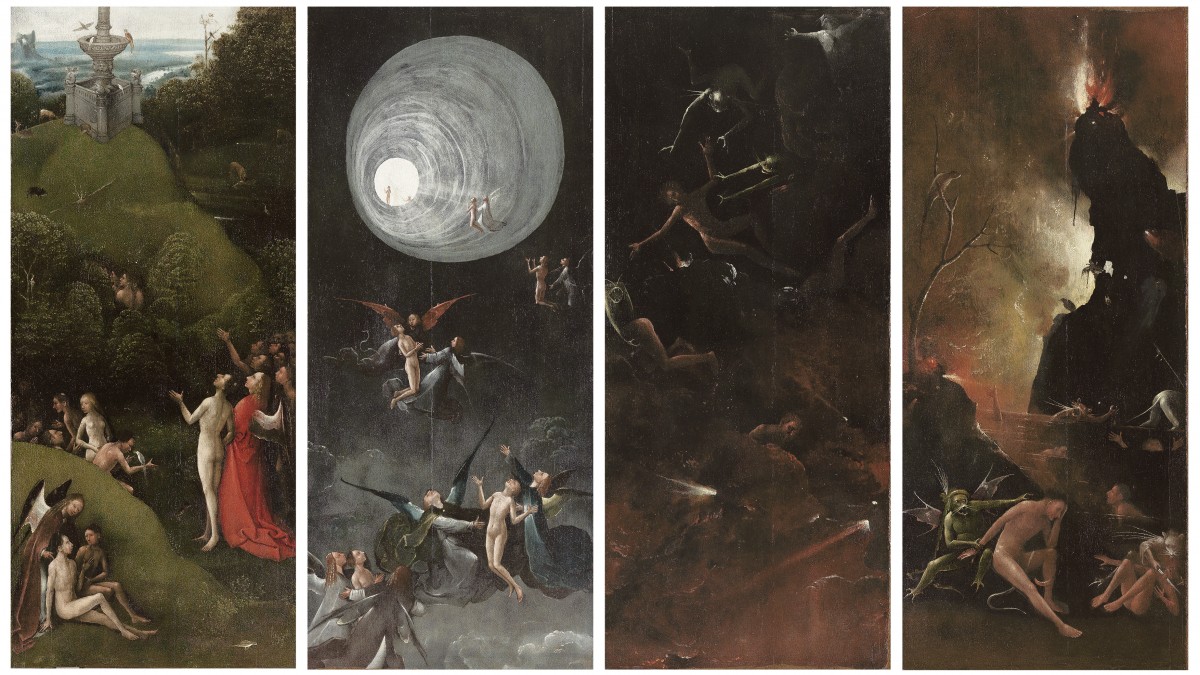 An example of a successful exhibition

The exhibition called “Jheronimus Bosch – Visions of genius” drew a record number of visitors to the Noordbrabants Museum in Den Bosch. Between 13 February and 8 May 2016, 421,700 people visited the overview exhibition, described by the UK daily newspaper The Guardian as “one of the most important exhibitions of our century”. It was easily the best-visited exhibition in the almost 180-year history of the Noordbrabants Museum. To date only exhibitions in Amsterdam and The Hague have attracted such visitor numbers in the Netherlands. The exhibition was the high point of the “Hieronymus Bosch 500” national event year being celebrated in the Netherlands throughout 2016 to mark the 500th anniversary of the artist’s year of death.

The exhibition was based on the Bosch Research and Conservation Project (BRCP), the most extensive and internationally focused research ever conducted into the oeuvre of Hieronymus Bosch. The vast majority of his surviving paintings and drawings were on show: 17 out of only 24 remaining paintings and 19 out of 20 drawings. Nine of the exhibited paintings were restored in preparation for the exhibition. Never before had so many works of Hieronymus Bosch come back to “his” city Den Bosch, the place where the paintings and drawings were created more than 500 years ago.

The exceptionally high number of visitors is attributable to a combination of factors. They included the exceptional works of Bosch, the return of his legacy to the city of his birth, the embedding of the exhibition in the Bosch 2016 year with numerous Bosch-related activities and the extensive scientific research that was conducted by BRCP. The huge and unanimously-praising attention in the international media also contributed significantly to the success. The Netherlands Board of Tourism & Conventions (NBTC) has calculated that internationally alone the media value generated by the opening of the exhibition already stands at €6.6 million. A media value in excess of €13 million has been generated in the Netherlands. Not only experienced museum visitors, but also people who would not normally be inclined to visit a museum wanted to experience the unique feel of the exhibition. In a visitor survey conducted by TNS NIPO for the Noordbrabants Museum, no less than 81% of people who visited the exhibition gave it a score of 8 or higher, with 11% awarding it a 10. Besides being impressed by the actual exhibition, visitors were particularly satisfied with the hospitality and service-providing mindset of the museum’s staff.

Out of the 421,700 visitors, 86% used the free captions booklet (six languages), 60% the audio tour (six languages) and 18% the App (two languages). More than two-thirds of all users were clearly highly satisfied with these information aids and scored them 8 or higher. The exhibition catalogue, called “Hieronymus Bosch – Visions of Genius” (Mercatorfonds, €24.95), obtainable in English, German, French and Dutch, was in the CPNB list of the sixty best-selling books in the Netherlands for two weeks.

The Bosch Shop sold a total of 360,000 articles. They included 108,000 postcards, 8,000 refrigerator magnets and more than 6,000 copies of a special edition of the Suske en Wiske (Spike and Suzy) comic. The most popular postcards were those of the right-hand panel of Visions of the Hereafter from the Museo di Palazzo Grimani in Venice, the middle panel of The Haywain from the Museo Nacional del Prado in Madrid and the Ship of Fools from the Musée du Louvre in Paris.

Even before King Willem Alexander of the Netherlands opened the exhibition on 12 February 2016, more than 142,000 tickets had already been sold online. Television reports by Dutch public broadcaster NOS about the Royal opening reached over 1,3 million viewers and enormously boosted ticket sales. Barely four weeks later, all 300,000 online tickets had been sold. As the exhibition could not be extended, the museum decided on three occasions to extend its opening hours to absorb the sustained big demand for tickets. The opening hours were increased from 70 to 86 hours, then to 98 hours and finally to 119 hours per week. The museum is normally open 36 hours per week. In the final two weeks of the exhibition, the museum was open every day for 17 hours, from 08:00 to 01:00 hrs. The Bosch exhibition was open to visitors 39 hours uninterrupted in the final weekend, a rare occurrence for any museum although seen occasionally at museums in London and Paris. It meant that in the final week the Noordbrabants Museum was open for an impressive 124 hours.

In addition to the numerous Dutch visitors, many interested people from all over the world travelled to Den Bosch to visit the exhibition. In the online ticket shop, 23% of all orders were placed in countries outside the Netherlands. In total, online tickets were sold to people from 81 countries. Most tickets were bought by visitors from neighbouring countries, with 7% of all tickets being sold in Belgium, 6% in Germany, 4% in the United Kingdom and 2% in France. But some exhibition visitors came from much farther away, including people from the United States, South Africa, Australia, Russia, Argentina, China and Japan. This was reflected by a substantial increase in foreign hotel reservations in Den Bosch. The exhibition attracted a host of famous foreign visitors, including artists Anish Kapoor and Damien Hirst, actors John Lithgow and Patricia Arquette and musicians David Byrne and Jools Holland.

“Visions of genius” goes to the cinema

The Noordbrabants Museum is also delighted to confirm that the international cinemas series EXHIBITION ON SCREEN is in the process of making a film about the recent Bosch exhibition. This feature-length film will be seen in 2017 in over 2,000 cinemas in 42 countries in South America, North America, Europe, Africa and Australia. Recent films have covered major exhibitions at the Rijksmuseum, National Gallery in London, MoMA, Musée d’Orsay, Van Gogh Museum and many more. Award-winning film directors David Bickerstaff and Phil Grabsky are making the film – and plans are to have a VIP premiere followed by a 4- week release in Den Bosch in November.

-Besides visiting ‘Jheronimus Bosch’ more than 35,000 people visited an exhibition called ‘The Fish Pond Song’ in the Stedelijk Museum ’s-Hertogenbosch.

-The website was visited more than 2,050,000 times since the start of online ticket sales.

-After announcement of the loaning of The Haywain from the Museo Nacional del Prado in Madrid, at the end of August 2015, the number of likes on Facebook surged 148% to 9,170. The number of followers on Twitter rose 35% to 5,365.

-More than 260 people signed up as a new Friend of The Noordbrabants Museum.

-a temporary increase in staff from 50 to more than 300

-14,800 Bossche Bol pastries were served in the museum restaurant during the exhibition