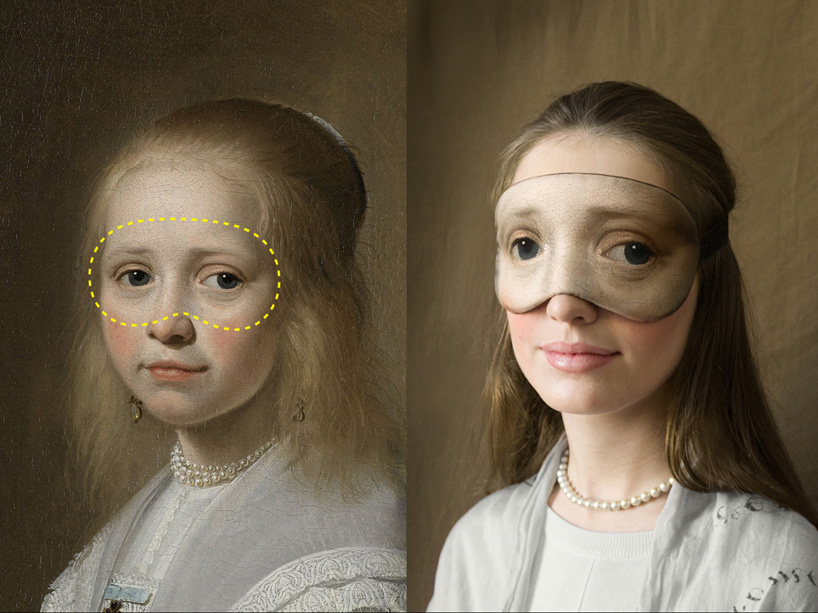 Lesha Limonov came up with a unique and fascinating idea for the International Rijksstudio Award 2017, an open competition launched by the Rijksmuseum of Amsterdam in 2014. Inspired by the idea that “paintings stay awake even after the museum halls turn empty at nighttime” the Belarushian graphic designer created slepp masks with eyes of iconic masterpieces of art, such as Van Gogh’s “Self-Portrait” and Rembrandt’s “Night Watch”. His project is titled “Masterpieces never sleep!”

His “sleep masks” idea is introduced by the artist as follows: “When night begins and the museum halls turn empty, the art masterpieces stay awake and look from the darkness. Till the morning they don’t close their eyes, monitoring what happens around. By trying on the mask with painting character’s eyes, you can be sure that you ’ll see true masterpieces in your dream!”