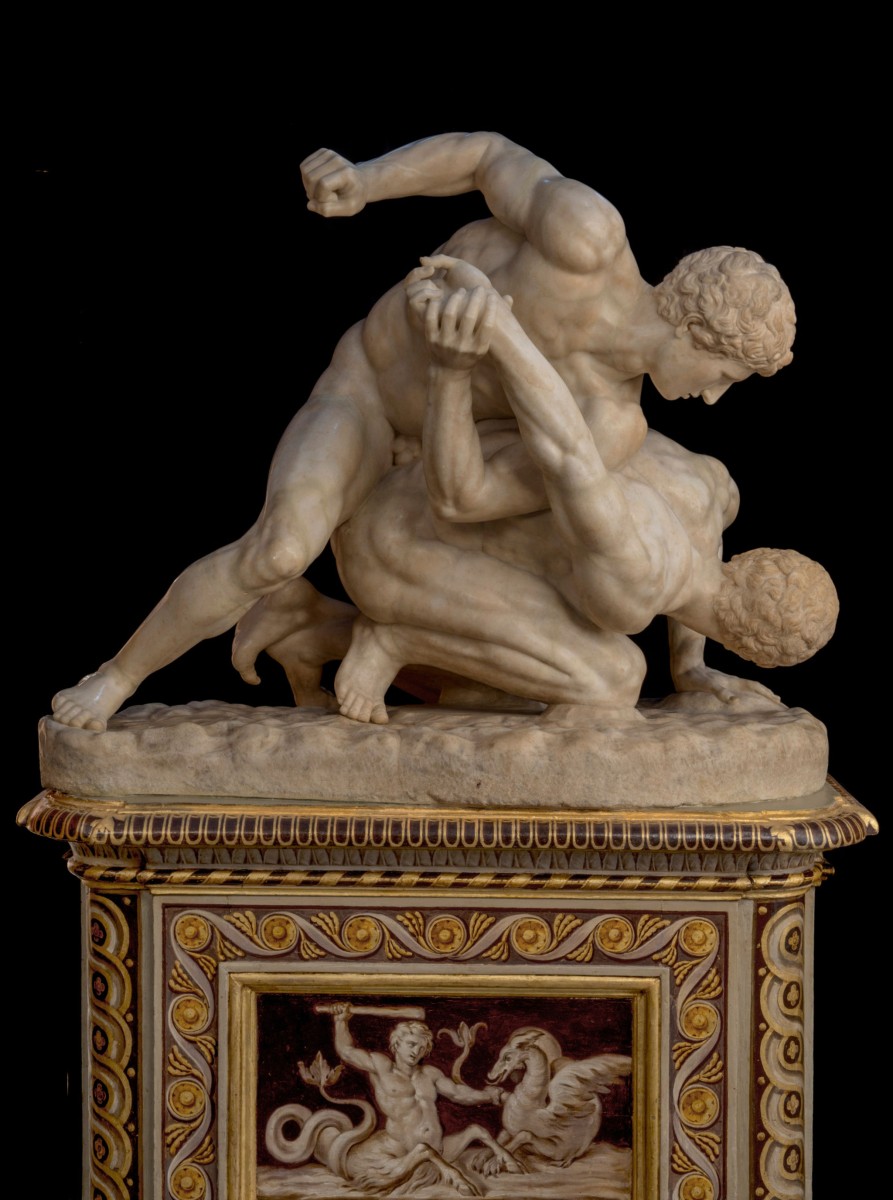 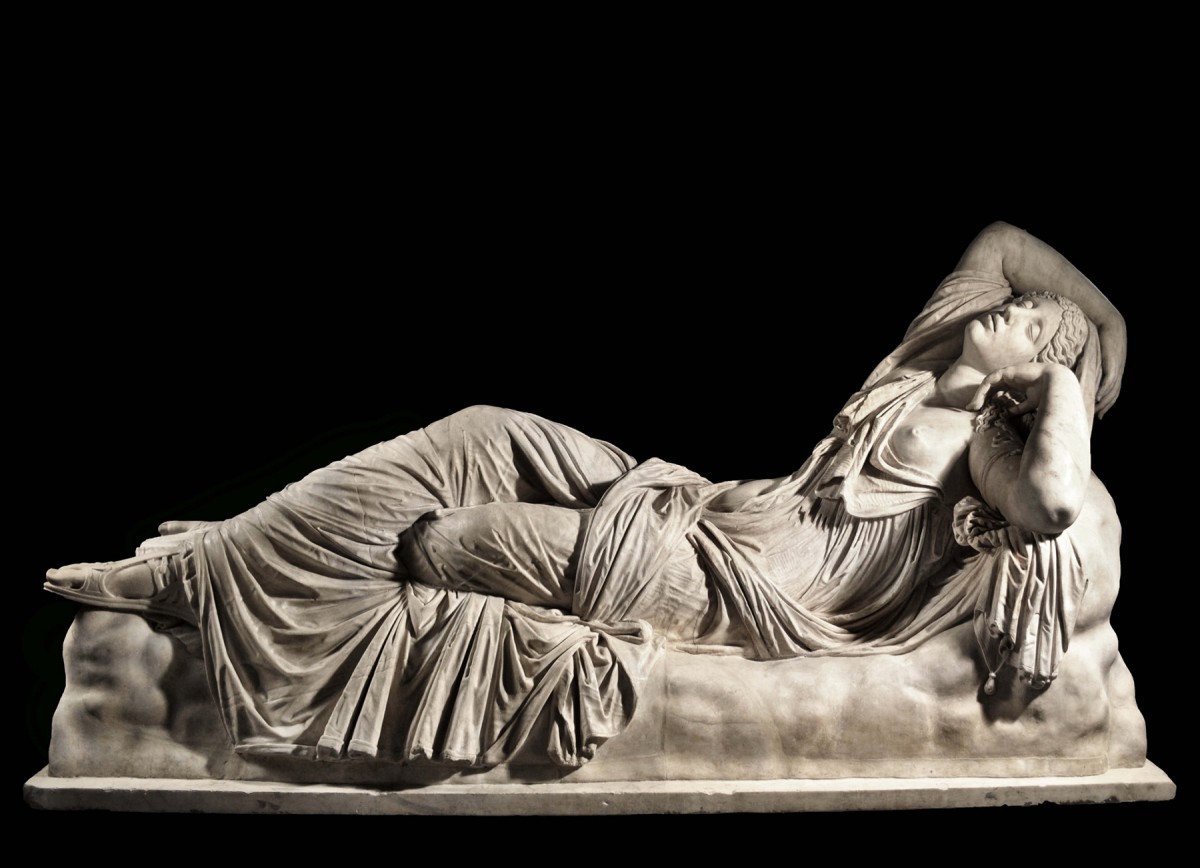 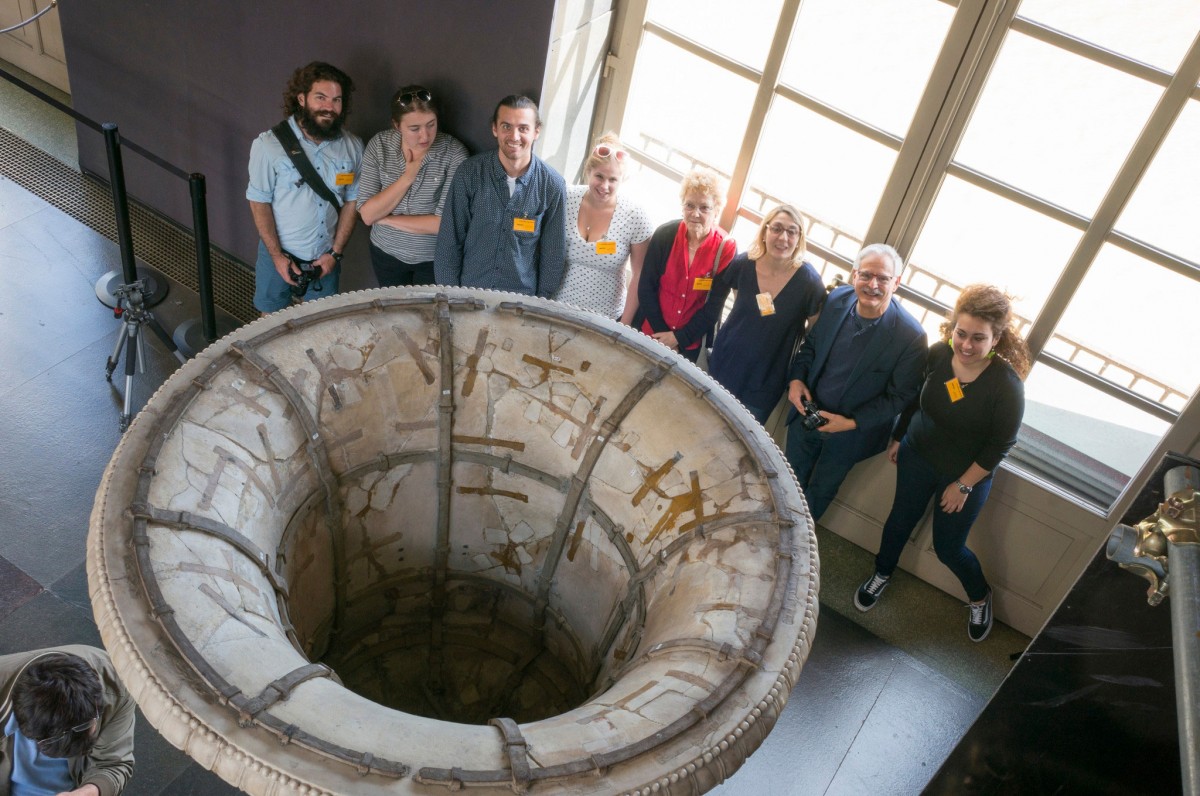 A cooperative agreement between Indiana University and the Uffizi Gallery in Florence, Italy, will result in an unprecedented initiative to digitize in 3-D the museum’s entire collection of 1,250 pieces of irreplaceable Greek and Roman sculpture.

The project between the Uffizi, one of the oldest and most renowned art museums in the world, and IU’s Virtual World Heritage Laboratory will create high-resolution 3-D digital models of the Uffizi sculptures and make them freely available online by IU’s bicentennial in 2020. The Uffizi collection is located at the gallery as well as the Pitti Palace and Boboli Gardens, other famous cultural sites in Florence.

The 1,250 works of art comprise the third largest collection of its kind in an Italian state museum. Largely assembled by the Medici family from the 15th to the 18th centuries, the sculptures include some of the most admired classical antiquities in the history of art, notably the Medici Venus, the Medici Faun, the Niobids and the Ariadne.

The announcement of the digitization project was made today at a ceremony at the Uffizi, where IU President Michael A. McRobbie and Uffizi Director Eike Schmidt signed an agreement to carry out this project.

“This is a historic and hugely ambitious project, one that will generate unparalleled opportunities for scholarly engagement with one of the greatest cultural institutions in the world and its legendary collections,” McRobbie said at today’s event. “Indeed, it would be nearly impossible to overstate the cultural and educational impact of this extraordinary and inventive collaboration. IU’s scholarly expertise in ancient art and culture, as well as our technological expertise, will be leveraged to bring to virtual light a collection of classical antiquities that has inspired some of the greatest artistic geniuses in the history of Western art.”

“The systematic digital scanning of the ancient sculptures belonging to the Uffizi archaeological collection will bring a new slant to research perspectives,” Schmidt said. “It will allow digital reconstructions of original polychromy, integrations and virtual restoration with an exactitude hitherto unthinkable. Furthermore, such a detailed mapping and rendering will act as a virtual ‘backup copy’ of the ancient statues and will enable global enjoyment of these works.”

The project will be led by Bernard Frischer, IU professor of informatics, director of the university’s Virtual World Heritage Laboratory and one of the world’s leading virtual archaeologists. Frischer was one of the first academics to use 3-D computer modeling to reconstruct cultural heritage sites and has overseen a number of major modeling projects, including Rome Reborn, a virtual re-creation of the entire city of ancient Rome within the Aurelian Walls. In recent years, he has focused on digitization and digital restoration of ancient sculpture, as well as a 3-D restoration model of Hadrian’s Villa, one of the Roman Empire’s best-known and best-preserved imperial villas.

“It is a great honor to be asked by a museum the stature of the Uffizi to digitize its entire collection of ancient sculpture,” Frischer said. He said the project represents the next step in IU’s Virtual World Heritage Laboratory applying lessons it has learned in digitizing several famous ancient statues in the Vatican Museums, the Dresden State Museums and the Virginia Museum of Fine Arts.

Until recently, the 3-D digitization of complex organic forms such as the human body lagged far behind that of simpler geometric shapes such as rooms, buildings and cities, Frischer said. Work in his laboratory has demonstrated that complex organic forms of the human body can be accurately recorded and digitally reproduced, while new technological breakthroughs have made it possible to increase the scale of 3-D data capture at a fraction of the time and expense previously required, without sacrificing accuracy or visual quality.

“We are confident that we will be able to meet the challenges posed by our new project at the Uffizi,” Frischer said. “Our ultimate goal is not simply to record the current state of ancient monuments but to digitally restore the monuments to their ancient appearance and to put them back into their reconstructed ancient context, where they can stimulate new insights about how art reflected and helped shape a people’s deepest cultural values.”

The five-year project between Indiana University and the Uffizi will include training IU informatics and art history students in the techniques of 3-D data capture, digital modeling and interactive online publication; creating a limited number of 3-D restoration models of works of sculpture of interest to individual project participants; and publishing the 3-D models on several online sites, including the Italian Ministry of Culture’s internal conservation database, the Uffizi’s public website and the Virtual World Heritage Laboratory’s publicly available Digital Sculpture Project.

A further goal of the project will be to launch a new collaborative relationship between the Uffizi and IU’s newly named Sidney and Lois Eskenazi Museum of Art that could include mutual loans of works of art, the development of temporary joint exhibitions and the creation of new virtual gallery tours.

Plans are already underway for the first such project: the creation of a virtual-reality experience of the Tribuna, one of the Uffizi’s most important galleries. The IU Mark Cuban Center for Sports Media and Technology, housed in IU Athletics, will collaborate on the Tribuna project, which is expected to be the first of a series of exhibitions at the Eskenazi Museum of Art using virtual reality technology.

“I am convinced that this new collaboration with the Uffizi Gallery will position Indiana University as an international leader in the museum world,” said David A. Brenneman, the Wilma E. Kelley Director of the Eskenazi Museum of Art at IU. “I am unaware of any other projects involving a major research university and a leading international art museum focused on art and technology that are as ambitious as this one.”

One of the foremost university art museums in the U.S., the Eskenazi Museum of Art includes more than 45,000 objects representing nearly every art-producing culture throughout history. Its internationally acclaimed collection features items as varied as 5,000 pieces of ancient jewelry, superb African and Oceanic sculptures and paintings by Claude Monet and Pablo Picasso.

IU’s part of the digitization project will be funded by the Office of the Vice President for Research as part of its New Frontiers in the Arts and Humanities seed funding program, which supports faculty members in path-breaking programs of scholarly investigation or creative activity. The project will receive technological support from University Information Technology Services.

Many IU academic units are expected to benefit from the collaboration with the Uffizi, including the School of Art and Design and the departments of art history, French and Italian, and classics in the College of Arts and Sciences; the School of Informatics and Computing; the Hutton Honors College; and the IU Overseas Study program, which administers a popular study abroad program in Florence that offers students the opportunity to study the art, history and literature of the Renaissance.

“This project will be the most ambitious such initiative ever undertaken, and it is likely to become a model for the adoption of digital technology in museums worldwide,” said Fred H. Cate, vice president for research and a Distinguished Professor. “Its products will be a major new online resource, with deliverables aimed to serve a broad audience, ranging from scholars and museum professionals to students and the general public.”

The 3-D digitized images of the sculptures generated by the project will also be stored in the Digital Preservation Network. The network’s mission is the ultra-long-term preservation and curation of digital material and objects, not just for decades but for centuries. Its goal is to ensure that digital images of irreplaceable objects and other material of enormous cultural and scientific importance can survive disasters of war, nature and terrorism.

The Uffizi Gallery, adjacent to the Piazza della Signoria in central Florence, houses some of world’s finest masterpieces, including works by, among others, Botticelli, Caravaggio, da Vinci, Fra Angelico, Michelangelo, Raphael and Titian. It is among the most visited museums in Italy, with more than 1.5 million visitors each year.