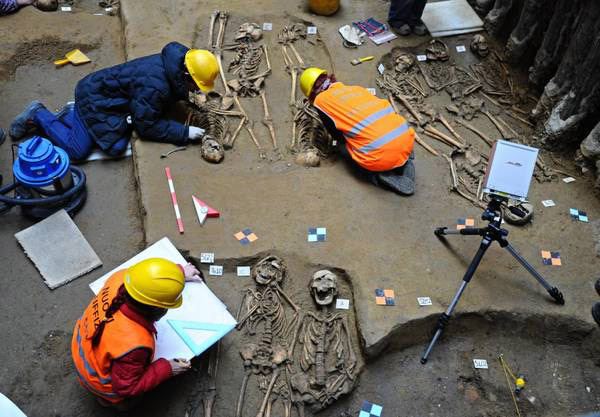 Sixty  bodies buried in a hasty way and allowing the possibility of many more burials in the same spot were found during construction work in a building site near Uffizi museum, Florence.

According to local archaeologists the grave dates back to the 6th or 7th century AD, while the burial style, reflecting the need to optimize space in view of more deaths,  might be connected to an epidemic.

“The remains have been unearthed over five months, and bear no evidence of trauma. We will conduct DNA and carbon-14 tests to determine the cause and time of death, as well as information on diet, pathologies, and work-related stresses at the time”, said on the find Tuscany Archeology Superintendent Andrea Pessina.